Why John Abraham’s making all the right noises 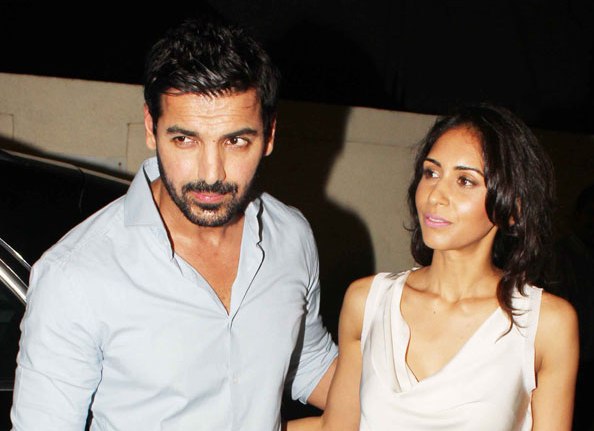 I have always believed that John Abraham has one of the cleverest in Bollywood. And his latest tweet either affirms that or just the opposite.
Here’s the tweet to begin with.

Wishing you and your loved ones a blessed 2014! May this year bring you love, good fortune and joy. Love, John and Priya Abraham

According to this tweet, John Abraham is married because he categorically refers to his girlfriend Priya Runchal as Priya Abraham
In his earlier tweets, he had always referred to Priya Runchal as just ‘Priya’.
The first question that crops up is: Why did he send out such a cryptic tweet when he could have just announced it on Twitter?
Well, in my opinion, that might just be a great PR strategy to set the stage and create some hype as he lands in Mumbai tomorrow!
After I saw the tweet, I immediately sent out a text message to the star’s personal mobile number. When the message didn’t get delivered, I sent out another text to his other (official) number that usually shares with journalists.
His staff promptly replied from that number (a screenshot of the text message on your left), claiming (in the text message) that they too are in the dark about this ‘announcement’ and are waiting for John to arrive from Los Angeles to clarify the tweet.

A source confirmed that when John lands at the Mumbai International Airport tomorrow, he will confirm that he is married. His close friend insisted that he got hitched in Los Angeles and it was a secret affair.
Whatever be the details of the marriage, this is for sure that the press will go into a tizzy speculating about it for the next 10 hours.
I would say just one thing: It was a cleverly crafted PR move. Just the right way of telling Bollywood that you are landing in Mumbai after a hiatus.
All the best John!

Update at noon: As predicted, lots of websites have confirmed that John has married after referring to the tweet)

Update at 11 pm: John Abraham’s father confirms that John and Priya got married at a Los Angeles courtroom. According to Abraham John (John’s father), the New Year wedding was planned “months in advance”.