Exclusive! The most candid pictures of Sonam Kapoor 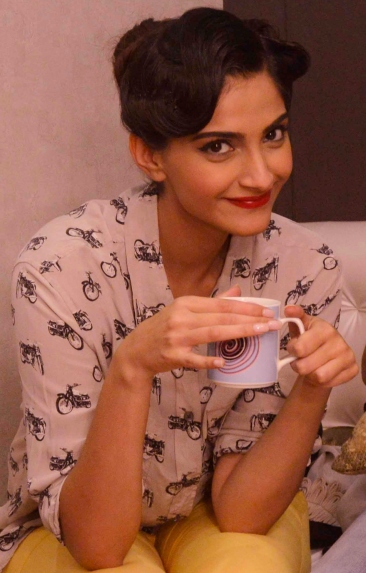 You have always seen her in flowing evening gowns, haute couture or designer ensembles.

Sonam Kapoor is hardly photographed in her own clothes!

So, I requested my friend and photographer Shantanu Das to ask Sonam if she would be willing to be photographed in anything from her own closet.

I also added a rider: We want to photograph her in an environment where she has never been photographed before.

We admit that it was the most unusual request made to a style diva as they get photographed mostly in a studio or under controlled environments. Also, this shoot had no connection with any movie or brand.

We thought she would never agree because most Indian actresses don’t want to show their candid side to their fans. They always want to get decked up and apply layers of makeup before posing in front of the camera.

But Sonam Kapoor decided not to take the beaten track and guess what?

Sonam not only let the Shantanu into her vanity van but also provided a glimpse of how she puts her feet up (literally!).

The photographer snapped while Sonam was chatting with her gal pals with a cup of steaming Caffe Latte in her hands. The camera kept clicking even as the actress seemed engrossed in some serious banter.

Here is my pick from the bunch of photographs that Shantanu gave me after the shoot.

As you can see, Sonam was in her own clothes and had minimal make-up on. She was just wearing lipstick and some eye make-up.

Still, I think all of you will agree, that she is looking as beautiful as ever.

Shantanu has been kind enough to donate most of the exclusive photographs to this blog.

As a mark of gratitude for contributing the photographs, I have created a special page about Shantanu’s achievements. He has worked as a staff photographer with some of the leading Indian dailies for the last 15 years.

For Sonam Kapoor’s fan clubs, here is a slide-show from the ‘unusual’ photo-session.

I know you don’t get to see Sonam Kapoor like this but please don’t lift the photographs from this blog without Shantanu’s permission. He holds the copyright of these images.

Shantanu has also contributed one photograph from this series to the Bengali newspaper Ei Samay, here.