The girls are not silent about love. It’s actually the boys.

In many ways, the current generation of stars is far more secretive than their predecessors. Earlier in the day, we had superstars like Rajesh Khanna, Dilip Kumar and Jeetendra who used to give tell-all interviews, would flaunt their love lives without caring about their ‘image’ and wore their hearts on their sleeves. Their affairs – open as well as clandestine – were fodder for gossip and even if it made their way to the public eye, they really didn’t mind.

Cut to the present. Bollywood is ruled by hot, young stars who make a million hearts beat when they appear on screen. They are active on social media, are chased and covered by the paparazzi who detail every moment of their lives. They themselves have no qualms about sharing their likes and dislikes and their feelings on everything under the sun.

Except their love lives.

Quite like actresses of yesteryears who would turn coy and secretive when questioned about their relationships (unlike their male counterparts), these stars are severely guarded about their personal lives. Come what may, whatever be the provocation, they just won’t reveal any juicy details.

But while most male stars are shy (or secretive, take your pick!), there is one man who takes the cake. He is so fiercely guarded about his personal or live life that it would put all the others to shame. Sidharth Malhotra.

Sid will soon be seen in Baar Baar Dekho with Katrina Kaif, and the trailers have already started to create a huge buzz. But while he is all over the place promoting the film, trying to get him talk about his personal life is akin to running into a wall.

Industry sources say, he is allegedly the guy who is most in demand among the ladies. Ask any actress and they will say that Sidharth is “deep”. He appeals to the thinking actresses as well as the ones from Mumbai’s page three circuit. But is he the good-boy that everyone makes him out to be? Well, he is good but definitely has a naughty side!

A GIRLFRIEND YOU DIDN’T KNOW ABOUT…

It was found that the name of the girl was Isabelle Leite, a Brazilian model who was the face of a lot of luxe brands in India. But that is not all, this was the same girl who Virat Kohli dated before he started seeing Anushka Sharma. Virat was photographed carrying this model’s bags while on a shopping trip to Singapore. It was even reported that the stunning model was staying in the same hotel as him.

The two apparently dated for two years before parting ways. Isabelle still stays in Bandra, Mumbai and continues to be the face of the leading luxury brands in India. But when exactly did she start (and stop) seeing Sidharth is still unclear. On his part, he rarely mentioned her.

THE PAST: HOW THE SIMPLE BOY CHANGED

The details of Sidharth’s early life is also not quite known. Sid was born to a typically middle class family in Delhi with a homemaker mother and his dad being in the merchant navy. He went to regular schools like Don Bosco and Birla Vidya Niketan in Delhi.

The change in him came when he went to Shaheed Bhagat Singh college. Sidharth, who was only 17, was into body building and it was said that the girl he was dating then suggested that he should give modelling a try since it would be easy money. Rumour has it that the girl wanted to show off her model boyfriend and asked Sid to do a campaign for a product. Considering the easy money that just one shift of modelling would give him, Siddharth agreed. The product he endorsed did fairly well and he got a call again and bagged a second assignment. He was doing a lot of modelling in Delhi and Mumbai but ambitious Sid was restless. Modelling was mindless and repetitive. He said that he soon decided that he would have to take the next step which was….wait… not acting!

THE ENTRY INTO GLAMOUR

Siddharth wanted to become an assistant director and he was lucky to become an AD on the sets of Karan Johar’s My Name Is Khan. “I was the juniormost of the junior ADs. I was basically the youngest and I was just running errands. But I saw the shooting process and I was also a clapper boy of Shah Rukh Khan,” revealed Sid once. But luck had something else in store for him. He caught the eye of Karan Johar who noticed him and decided this was the face he was looking for. And the rest, as they say, is history.

While he may never admit it, Sidharth Malhotra, say those who know him well, is the ultimate ladies’ man among the young stars of Bollywood. And his secrecy adds to his sex appeal. While most stars are happy to be out there in the media, Sidharth just keeps to himself and speaks when he is spoken to. That, his female friends say, makes him ultimately sexy. “I don’t like to talk much. I like listening to my music when I like. I am app freak and I would like to try out new apps when I get the time,” he said in an interview.

But Sid knows his appeal among the women. And when you question him, he has a ready answer. “I am an outsider and I have gained a foothold in the industry with nobody supporting me. It was Karan Johar who trusted and believed in me. It is very easy for the press to brand me as somebody’s boyfriend. It is of course the most convenient thing to do. But I haven’t reached a stage where I want to declare publicly if I am going around with anybody. I mean, I have not reached a stage where there needs to be such a conversation. Alia (Bhatt) is a very good friend of mine. She is somebody I can trust with my secrets. But at present, I don’t have anything to add to that. I am single and I am going to remain single till I start seeing somebody,” he had told a correspondent of Bollywood Journalist during an interview.

While this has been the line thrown by most young stars in Bollywood, we believe Sidharth leads the way. Before him, Ranveer, Shahid and Ranbir had been quite open about who they were dating though they have all clammed up now.

Imagine how much resolve does it take to guard your life so fiercely that even your friends in Bollywood starts following your footsteps?

THE HIDE AND SEEK WITH ALIA BHATT

Sid and Alia at a shoot for a magazine cover. Courtesy: Official Public Facebook Page

If there has been one woman who he has been constantly linked with it’s Alia Bhatt. Ever since the two were paired together, rumours have been swirling around that they are a couple. Even though the two are thick and are seen in most parties together, there is a mystery that shrouds the relationship. Are they or they not, is a question that has baffled their fans for far too long.

But ask him about her and he brushes it off with a smile. He hints that because he is doing films with her, it is convenient news material. Sidharth is that unusual actor who would goad a journalist to drop a story saying, “Oh! This is publicity, don’t fall into this trap!”

It’s perhaps because he has been so guarded about his love life that there have been rumours about how he may be leading a double life. There are whispers that he takes extreme care when he is out with a girl. Though he has been snapped several times with Alia, his close friends say that most of the times it was the actress who actually insisted on not arriving separately but together while Sid always resented it.

Alia once in a while hints that she likes Siddharth but he remains steadfast in his claim that his love life is pure black and white with no excitement.

Shraddha Kapoor and Sid in a still from Ek Villain

When Sidharth did Ek Villain with Shraddha Kapoor, there were rumours that the two were dating. However, again both remained discreet about it till the completion. Now that Shraddha seems to have gone back to her former love Aditya Roy Kapoor, the rumours have died a natural death.

So as things stand of now, there is no woman around Sidharth Malhotra. Unlike his counterparts who are at least whispered about in the same breath as a woman (see next page), Sid remains remarkably under cover. He has been acting in love stories galore and even his next is a love story but in real life, there seems to be zero chemistry with anyone for our hero!

WHY SO SHY GUYS?

They are some of the most popular young actors, each raking in millions with big hits and a lot of popularity but when it comes to relationships, they simply go mum.
Check this out

The Dishoom hottie gives a sly smile when asked about Natasha Dalal. Natasha has been his girlfriend for years now, say the press in Mumbai. They have even been snapped together but the only thing Varun says about her is that he trusts her a lot. Is that all there is to it?

Arjun Kapoor makes it a point to say that he is single and ready to mingle but won’t utter a word on his link-ups. He was supposed to be seeing Alia during the shoot of 2 States and their chemistry was there for all to see but he didn’t utter a word. Then the buzz about him and Sonakshi started during Tevar. It was initially thought to be a publicity stunt but then it appeared things were serious when they avoided each other after their supposed break-up. Even now, the usually affable Sona doesn’t mention a word about him. Similarly tabloids reported about his special interest in Jacqueline but while she laughed it off, he would actually get annoyed when questioned. Arjun would like the world to believe he is forever single. 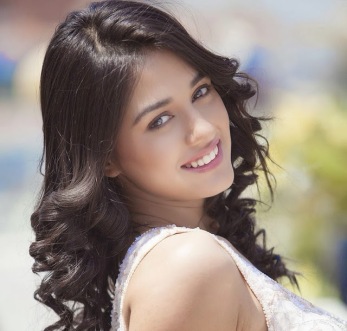 Thankfully Tiger has stopped playing hide and seek with the media, he has been spotted with alleged girlfriend Disha Patani several times but doesn’t mention a word about her. He turns all coy even if you mention the word ‘dating’.

He has forever been linked with Shraddha Kapoor. Before that he was rumoured to be seeing VJ and actress Rhea Chakraborty. But while he was more open about his love life, he has completely clamped up after entering movies. Ask him about it and there will be a deafening silence. Apparently the two dated, broke up and are now dating again. Phew!

This article first appeared in Masala! magazine which is published from Dubai.  The article has been further edited and differently headlined.