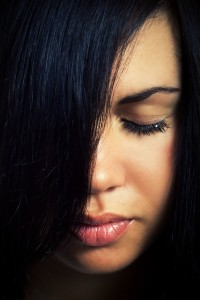 There is a time in Bollywood when you put all your time and energy to get people to recognise you. All over again.

I am not talking about the initial struggle that one has put in to get famous. There is a certain romanticism associated with it. There are so many inspiring stories that do the rounds that it is very hard not to get romantic about it.

But there is a greater struggle that we don’t generally speak about – life after stardom.

Perhaps we don’t have any romantic notion about it because there is nothing remotely romantic about it. This is the period when you realise younger people have replaced you in the industry though you are still clinging to your earlier self.

Life after stardom is perhaps the toughest time a star has to go through. Over the years, I have spoken to stars who have managed to make peace with their life when stardom left them.

Yesteryear stars like Rajesh Khanna, Manoj Kumar, Mala Sinha among others have admitted in the past that it takes at least 10 years for the fact to sink in that you are no longer ‘wanted’ in the film industry. They also said that the first five years after stardom is the hardest period for any actor.

Some say that it affects women more than men because they have a much shorter life-span in Bollywood.

This is the time when you make the most horrid mistakes, often involving your finances.

I want to discuss this dark side of Bollywood in detail, but first I want to tell you a story that I heard recently of an actress who refuses to believe that stardom has started to elude her.

I would request my readers not to post her name in the comments section because my intention is not to reveal her identity. My intention is to use the incident as a case study to illustrate how actors continue living in a bubble till they can no longer afford it.

I am a star, nobody else 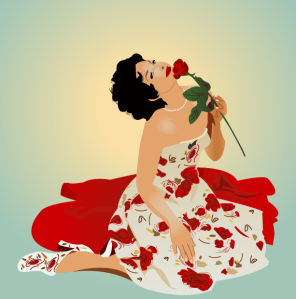 When she made her debut with one of the biggest stars of Bollywood today, she was referred to as the ‘cutest actress’ Bollywood had ever seen. The cute image slowly gave way to the ‘sexy’ tag as this girl started climbing the ladder of success.

She was also involved in some of the most widely discussed scandals, which surely rocked her boat.

Overall, the actress had a fulfilling career and typically she has reached a stage when she should either settle down or rediscover her career.

But this actress is about to make the cardinal mistake — produce a big-budget movie with her in the lead at a time when she has already been replaced by other heroines in the film industry.

Instead of taking a U-turn, this actress is on a high-speed track in a blind lane.

Some say that the money she is putting into the film is not her own but that of an industrialist who is supporting her. They also say that the cash is merely routed through her production house by the ghost producer. Whatever be the fact, the film is mounted on a lavish scale and will be released next year.

Her friends in the industry have already advised her not to go ahead with the film because of the tepid response it has got from the industry. But our girl seems determined to launch the film that will showcase her ‘acting talents.’

Some of her friends have also told her about a recent case where an actress lost a lot of money because the film she produced with her in the lead, tanked at the box office. But somehow she seems determined to prove all her detractors wrong.

Just to get a peek into what is going on in this actress’ head, I will tell you an incident that a friend of mine witnessed first-hand.

This incident happened at a reputed International film festival earlier this year when the actress landed up at one of the venues uninvited.

Her name was not on the list. So when the actress tried to take the red carpet with her female companion, she was stopped by the security guards who demanded that she show her pass.

This is the conversation that followed.

Madam, can I see your invitation card?

My name is … (says her name loudly). I am an Indian princess.

Very well Ma’am. But I need to see your pass before I let you walk on the red carpet.

I don’t need a pass. Indian princesses don’t need passes. Can’t you recognise who I am?

No Ma’am. I am very sorry but I cannot let you in without the invitation. We are under strict instructions.

But I am on the invitee list. Please check your VIP list and you might come across my name. My name is ….. (again says her name loudly).

Ma’am, can you please step aside and let others enter. (In a stern voice) Your cooperation will be much appreciated.

(A few minutes later, the actress makes way for other guests. She is eventually not allowed inside the venue. She fumes and takes it out on another organiser from her hotel room).

Hope you have realised how far she is from the reality. We just hope that she comes out of her bubble soon and at least cuts down the budget of her film. With a little bit of planning, who knows, she might make some decent money too!

Otherwise, it might just be the last nail in the coffin of her professional career.