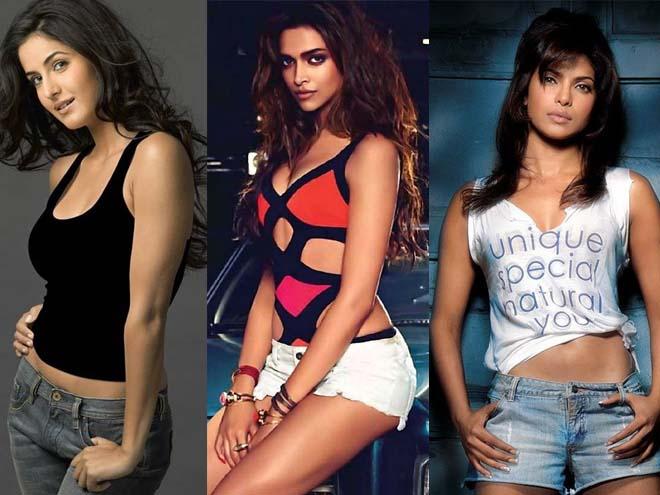 For some reason quite a few Bollywood A-listers use private numbers which means that there will be no record of the call in your phone’s call log and you will never be able to call back on the number.

The actress, who called me, had a problem. She felt that a section of the press has an agenda against her as a handful of entertainment reporters continue to write ‘negative’ stories about her. Negative stories are articles on newspapers and websites that don’t portray an actor in a positive light. The actress was amused that every day she gets to know about new journalists who have started hating her. She seemed a little lost.

She revealed that she pays a monthly salary of Rs 3 lakhs to her PR manager.

“If I am spending so much on my PR then there should be a positive response from the market, right? How come more and more journalists start hating me even though I have never denied anybody an interview? My PR is working overtime to build bridges with the media but nothing seems to be working the way I want to. I don’t know what’s going wrong here,” she said. Her voice quivered as she spoke the last sentence.

I noticed how she used the word ‘market’ while talking about the media. Nevertheless, I told her that it is a long story and it will be better if I blog about it. I said if I write an article then I will be able to present a truer picture. She agreed and promised that she will read the post once it is up.

So I have tried to analyse her problem here.

I am told that a few big Bollywood stars and their managers check my blog on a daily basis. So, this blog is also dedicated to them. The situations and the solutions described here are applicable to you if you are an A-list actor in Bollywood. If you are not somebody who the press chases everyday then I am sorry, you don’t need to read any further.

Negative press is a generic problem for Bollywood A-listers 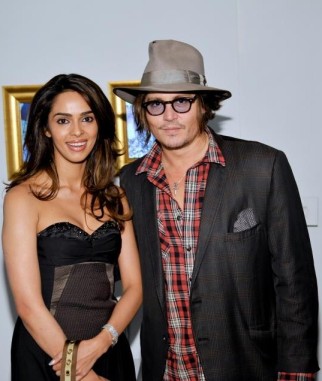 First of all this problem is generic. A lot of Bollywood actors are confused that inspite of spending so much to retain their PR firm, they are not getting the required ‘positive’ coverage. Or worse, even if they are getting media coverage, many entertainment reporters are writing “negative stories” about them.

The root cause of the confusion to as to why you are not getting good press also lies with the person responsible for getting you good press: Your PR.

Here is why your PR strategy is flawed.

All PRs — whether big or small — have their own coterie of journalists who write about their clients. Since, you have invested in a PR firm and subsequently lost touch with the world of journalism, your only window to journalists are the PRs you have hired. So, the coterie that the PR maintains becomes YOUR coterie of journalists. Look closely and you will see that the same set of journos are writing about you again and again. This means that there are lots of journos who don’t get your interviews or the exclusive news bytes (say the ‘news’ that you have got a hair-cut) because they don’t belong to that coterie.

Trust me, all of them are upset with you and will never let go of a chance or an opportunity to write against you.

This effectively means that the enemies that your PR has created have also turned against you. Imagine, the moment you sign on a PR, you also sign on the enemies that the PR has. There is no guarantee that if you sign a reputed PR firm, you won’t have enemies in the media. In fact, the bigger the PR company, the longer is the list of journalists that they have antagonized over the years.

Some of the journalists that the PR company had decided to ignore might be at powerful positions and hence they don’t like you for no reason. You will be shocked to hear that there are PRs who are at loggerheads with even media companies. And all that goes against you, ma’am.

Journalists usually punish a PR by writing against their clients. So, without even moving a finger, you have taken on a lot of journalists who don’t like your PR.

This is reason number one why you are getting so much of bad press even after hiring a reputed PR company.

Most PR managers will instruct you against responding to any journalist directly and ask you to let them handle all press queries. They will advise you to forward every text message or mail that you get from the journalists to them. So, all this while you have been diligently forwarding all text messages and mails to them thinking that they will ‘handle’ everything for you. But have you figured out how those requests are being handled?

Be informed, that being an A-list actor in Bollywood, your PRs are actually blocking most of the efforts to get through to you than actually creating access for journalists. The notion, that you are available to the press, is only in your head. It is not a reality.

More than 90% of the press requests to interview you never fructify. The efforts of journalists who somehow manage to get through to you through other sources like your hairdresser or spot-boy, are also brutally scuttled by your PR when they come to know about it.

Only those journalists who has the approval of your PR, get to interview you.

This is the reason why you have the same journalist coming and meeting you over and over again at every one-on-one interview. It is because your access is strictly regulated by your PR manager. The lot of journos who have been denied access to you will write anything that they get to know from their “sources”. This set of journalists care two hoots about your PR manager because they know that your PR won’t answer their queries and never get them your quote if they need it for a story they are writing.

These days, there is a section of journalists who are ready to copy-paste anything without checking its credentials. If they find a good gossip story, they will quickly put it out as their own story. It doesn’t matter whether the story has your quote or your publicists’s quote. If these journalists wait for your publicist to revert to them about the authenticity of a story, they will retire from the profession waiting for a text message. So most go ahead with a story without waiting for your publicist’s “views” about it.

The result will see half-baked information snowballing into a major controversy and in the end, you will have to force your PR to issue a denial.

Again, this happens without your knowledge and what you only see is bad press. But the truth is, if the PR had handled the first journalist well, this news wouldn’t have travelled so far in the first place.

The PRs are running a business of their own and it is their job to get new clients and promote them. You are now an A-list star in Bollywood but there are several other actors in Bollywood who are striving to become a star like you. Some of those struggling actors have been signed on by your PR too. Now, do you know that these struggling actors are getting promoted at your cost?

The journalist who agrees to the cross subsidy plan gets an ‘exclusive’ about you. The journalist who cannot give the required coverage to the C-list star doesn’t get that exclusive story. So, the PR is actually using your name to expand his/her business and you are unaware of it.

Also, there’s a C-lister in Bollywood who is totally riding on your name and you have no freaking idea about it.

This is the reason why you don’t get the required good press even though you are an A-list Bollywood star. It is because somebody (in some cases more than one) else is riding on your success and the PR is making double income on the sly.

Don’t take a PR because he or she appears very sweet in front of you. Some of the top PRs in the industry are actually arrogant and have a habit of behaving badly with journalists.

Some of the PRs also threaten and abuse journalists on public platforms like Twitter and Facebook in the garb of defending you or other clients. On the surface it seems that the PR is defending you on a social platform but if you dig a little deeper, you will realise that you are gaining one more enemy in the form of a journalist.

There are lots of PRs who still don’t know how to handle journalists. If 20 years back, PRs used to mollycoddle journalists, these days journalists chase PRs. But inspite of all that, you will see a lot of PRs just picking up the phone on journalists if they didn’t like an article. They know that it is highly unprofessional but yet they won’t think twice before making that call. Instead of talking to the journalist professionally, they behave aggressively with him/her in the garb of taking up the client’s cause.

There are PRs who have the habit of using the word “f**k” very liberally while talking to journalists. I find that very amusing.

I think the first quality of a PR is to be Miss or Mister Congeniality. There are a lot of PRs who are regularly featured as ‘powerful’ in the media but are actually an antonym of ‘Congeniality’. Because you have lost touch with the media, the PR manager manages to put up an act in front of you. You are completely unaware of the fact that your own PRs are manhandling journalists some of whom actually like you.

So, some journalists who actually like you and want to write good things about you end up becoming your enemy just because your PR is arrogant.

This one is really tricky. It’s not always a poor AD (director’s assistant) on the sets or the spot-boy but a section of PRs who give out negative stories about you. Usually, two types of PRs ‘leak’ negative stories.

(a) The ones you have sacked: These PRs have worked with you in the past and you no longer work with them. May be, you have separated with them on a bad note. These PR will ensure that no opportunity to garner bad press about you goes to waste. They use their effort and time to spread malicious gossip about you.

And that puts you, Ms Bollywood A-lister, in a very tricky situation.

Once you sack that PR and get another reputed PR, you are just jumping from the frying pan into the fire because your ex-PR will soon turn against you.

So, before blaming a journalist for writing negative stories, think about your PR strategy again. Are you doing it right?

In my next post, I will try to talk about a good PR strategy for Bollywood A-listers and no, I don’t plan to become a PR ever in my life.