Other Side Of The TVF Story. Uncensored.

For the first time he shares his decade long personal equation with Arunabh in this blog.

He also shares an uncensored letter from TVF senior management employee and actor Nidhi Bisht, which he feels should be read.

We are no one to judge, but as journalists and public messengers, it’s our duty to present both sides of the story.

While most media refrained from talking about the “other side” of the story, Mukherjee chose to flip the coin.

Do I know Arunabh Kumar, the founder and face of The Viral Fever (TVF)? ‘Yes’.

So, am I eligible to write a personalized blog on him? I guess the answer would be, ‘No’.

The simple reason being, even before reading this blog, a certain section of media and ‘bra burning’ feminists would burn my imaginary effigy in their thoughts, for even speaking in favour of someone who has been accused of sexual harassment.

I know what could be the consequence of any person who gets entangled in a crime as heinous as sexual assault. I remember the Shiney Ahuja and Madhur Bhandarkar cases very vividly.

“Certain media houses called to ask if we were sexually abused in TVF, and when all employees at TVF said that we don’t have any such experience with Arunabh and please do quote us in your article, they sheepishly disconnected the phone saying, ‘issme masala nahin hain, and we don’t publish positive stories’”, said Tracy. Tracy D’Souza is the Channel Head for Girliyappa and Talent Head of TVF.

Fair enough, media is only bothered about scandals. For the rest, we have ‘paid media’. 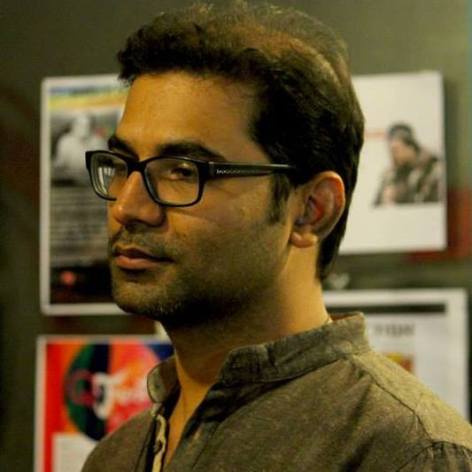 I have seen Arunabh and his struggle. I have seen his “one meal a day” phase. I know him since my days as Vice President of Pritish Nandy Communications.

He won a competition in the short film category organized by TV18 Group and he, along with Jyoti Kapur Das (Chutney fame) bagged the first and second prize respectively for their films.

During that phase, I worked closely with Kumar for a script which was very close to his heart and PNC wanted to produce it. For some reason, the film was never made, but Arunabh didn’t give up. He had that spark, and I knew that one day he will make it, maybe not as a filmmaker, but as an entrepreneur.

I have known him much longer than anyone in this business. It’s been more than a decade, and I have seen him in close proximity at social and professional gatherings too.

I have noticed that he respects any human being, which definitely includes women as well!

I was away from the hustle bustle of Mumbai for almost four months, burning my blood and sweat for a Hindi serial Bin Kuch Kahe which I co-produced with my friend Rajshree Ojha in Jaipur for Zee TV. Completely disconnected with Mumbai media, one day, I got a call from my wife Sarbani. “Did you read todays Mumbai Mirror?” she asked.

No. I didn’t. And I was happy not reading any paper for four months! But when she shared Arunabh’s news with me, I went online to check the story. I was taken aback with the allegation against Arunabh.

For a while, I asked myself, that did I read him wrong? Or, has he changed as a person, since he has moved from being in rags to “riches”. My heart was saying something else. But who cares for heart talks? So, I decided not to speak.

Meanwhile, an FIR was lodged against him, and subsequently he was released on bail. 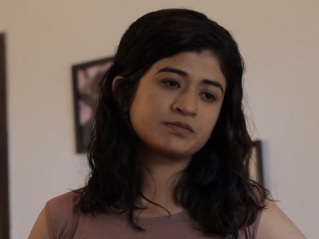 Recently, I received a letter from Nidhi Bisht, a senior management employee and an actor from TVF.

Though Mumbai Mirror printed the edited version of the same letter in a recent article, I decided to share the “uncensored” letter in this blog.

Being a lady, she would rather have a rational opinion about the entire incident. And while most of the mainstream media decided NOT to print this letter, because it’s “too positive and plugish”, I thought of sharing this.

What happened to Arunabh, was a result of social media outrage. Read on to know what his female colleague has to say about the man who created an alternate platform…

It has been a while since we met. I hope you understand I’ve been very busy with the edit of ‘Bisht, Please!’

The past one month has been really stressful for me and everyone at TVF. I know a lot of you advised me not to react and believe that truth will eventually triumph, but I chose to voice my opinions for the truth that I believed in (and still do). Of course, I had assumed that people will believe the conviction of a real person over a fake anonymous blog. But trolls on social media proved me wrong.

Of course, I strongly believe that every woman should fight against ANY form of disrespect/harassment she faces. And being a woman, I completely understand that any act that invades her personal space is truly an unpardonable crime. But does that mean that every claim made on a Facebook post or Twitter is the absolute truth and that we can hold that trial on social media?

A month down the line, neither does the original blogpost exist, nor has the person behind it (if real) come out to file a complaint. NOT ONE SINGLE EMPLOYEE AT TVF HAS ALLEGED HARASSMENT AGAINST ARUNABH, so why is the media at large still calling it out as workplace harassment? Did anyone bother to ask us, THE REAL WOMEN AT TVF WHAT WE BELIEVE, having breathed the TVF culture day in and day out? A lot of you pointed out how some of our competitor friends, who actively question, scrutinize and analyse news and its authenticity, now were suddenly convinced that these media reports were absolutely true.

Reports alleged there were 50 women that were harassed by Arunabh. Not 1, not 2, not 10, not 20, but 50 women!! Did anyone bother to check the authenticity of this ridiculous number? No. It was floated by an anonymous twitter troll and mainstream media picked it up.  Social media followed. This was one episode of Black Mirror I never wanted to watch, but sadly that is the world that we are living in now.

I do not undermine the seriousness of the allegations here. But my belief is not blind but based on pure facts:

And I am forming my truth based on these hard facts alone.

It is just not our ethos but also our resolve to ensure a safe, conducive and creative workplace and any misdemeanor will be strongly dealt with! The entire leadership at TVF remains committed to this!

Guys, TVF at its very core, was created to provide passionate individuals (irrespective of their gender), a platform to showcase their talent. We are the introverts who like to do our job and are more focused on our content than glamour. The TVF culture has been built by each one of us (including me) over the years despite the many challenges that came our way. AND ALL OF US ARE PROUD OF THIS CULTURE. Therefore to just watch and do nothing while certain people trash the very essence of the organization is not something I can do. Despite all the attempts anyone makes to pull us down, we will work harder, and come back much stronger, more than they had imagined.  And thank you for giving me the strength to take up this fight.

I truly believe that woman must feel empowered and I am glad to see more of us are standing up for our rights. But I also believe we must stand tall and speak up for what is right, irrespective of gender.

My biggest concern from this incident, however won’t be the damage to Arunabh’s reputation. It’s something much bigger! Once again, we have cried wolf on social media, without letting the facts present themselves. I’m really scared that the next time, when a woman with a genuine complaint comes forward, she won’t be taken seriously. And perhaps the same social media might even choose to ridicule or troll her. Sexual harassment is a horrible horrible thing. But inciting and spreading false narratives to defame a person or an organization is also wrong. I hope in the next few weeks, the real truth behind all of this comes out.

Some might still say there is no smoke without fire. But perhaps, they’ve never seen cold mouths babbling on a winter night.

It has been a tough month, and there was so much to say.

Prominent Disclaimer: All views expressed in his blog are the author’s own. Bollywood Journalist doesn’t subscribe or expresses support to the views.

The blog is an expression of personal opinion of the author and should be construed strictly as the same. This blog has not got anything to do with the veracity of the allegations presented against Arunabh Kumar and doesn’t try to negate the same.

Mr Kumar hasn’t been given any opportunity to speak or present his viewpoints in this blog.

Fair Practice:  If we receive any quote from any complainant regarding the same harassment charge or any charge of similar nature, the blog will be updated with the same.

The quote will be published without any editing or change of words.

If anybody wants to comment anonymously on the blog, the same will be published on the blog in the comments section, anonymously.

This blog merely gives another version of the same story that has already appeared in the media.

The blog doesn’t comment on the veracity of the complaints made against Arunabh but is merely a commentary from an individual about his point of view regarding the matter. Expressing point of views and the freedom for it, is a matter of right.

The blog also publishes the unedited letter of Nidhi Bisht who is also a separate individual and not connected with the ongoing matter in any way apart from the fact that she works in the same company.

The blog has been published in the interest of FairPlay and to present both sides of the story which is a journalistic duty as per accepted national and international norms and ethics.