You don’t expect mainstream from a duo like Q and Naman Ramachandran. And Brahman Naman is anything but mainstream.

“It was not just the end product, the making of the film was equally remarkable,” gushes Q.

Q himself gave up his teetotaler ways to begin understanding the bottle, Jethro Tull and Dire Straits descended from their metallic abode into the streets of ‘80s Bangalore and the great Steve Baron ventured from Hollywood into the quirky commerce of Indie-English celluloid.

The film is also the first Asian Netflix original to be launched digitally over 198 countries on the 7th of July.

An unusually made satirical comedy, the movie is directed by the provocative Bengali film director Q and written by London-based author/film-critic/ trade expert Naman Ramachandran.

The cast is new-ish. The lead, Shashankh Arora (Naman) is one film old, hails from Delhi – but makes a smooth transition to a Bangalore Brahmin, a geek who knows all the answers other than how to get laid. Something of a cross between Benjamin in Graduate and Jim in American Pie, Naman uses the bottle conventionally and various household items (a ceiling fan, an aquarium and a refrigerator) rather exceptionally, all in his quest to reach third base.

Sid (Siddharth) Mallya made his acting debut as Ronnie the quintessential jock; and completely nailed it with his first performance. He also impressed Q and Naman by making his own backstory. Q praises him as a “hard-working, funny and a genuine person.”

Bold scenes mark the movie from the start. It does not get too much though; with the seamless characterization, scores and slapstick comedy about a bunch of nerdy quizzers whose ultimate aim in life (apart from binge drinking and serious quizzing) is to lose their virginity.

This multi-layered, coming-of- age film dealing with gender inequality and deep-rooted Brahmanical male superiority resulting in duplicity/ sexual frustration is slightly bizarre, but the sensibilities and styling will keep you hooked.

Steve Barron, well-known for directing music videos with the likes of Michael Jackson in the 1980s – roped in Jethro Tull, the Dire Straits, Locomotive Breadth and Rod Steward for the movie’s soundtrack. The music was, in fact a propelling factor in the film. 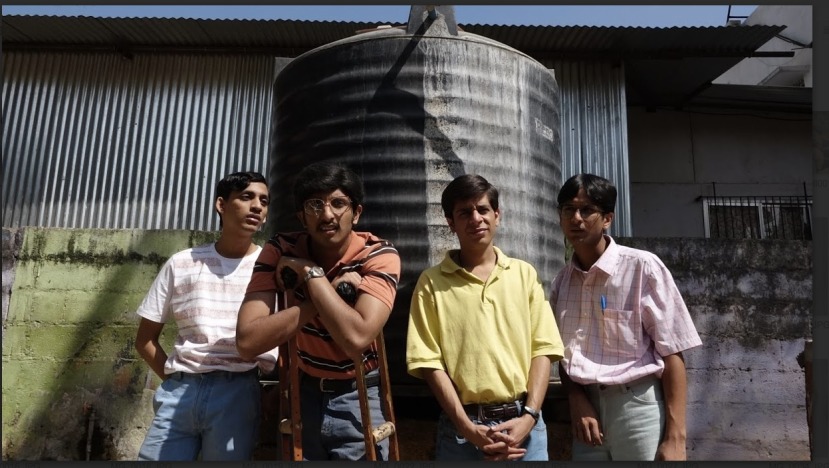 Q, who has been known in the festival circuits for his unflinching documentaries and movies on sexuality was gung ho about directing a ‘well-scripted and clever’ sex comedy.

According to Q, “sexuality is what life is all about. We are born out of it and go into it. But our society wants to control our sexuality through imagery, marriage or reproduction. My job is to look for answers within our society – provide vital, sophisticated answers on love and sexuality. I want to reclaim the idea of sex. ” 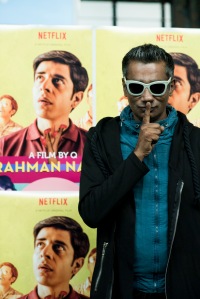 That was great for Naman because the subject may not have been just any director’s cup of tea. However, Q had only worked on his own narrative/ roots based out of Bengal and Kolkata.

His film Gandu (that won him critical appreciation) was free flowing, without a script or screenplay. Apparently, Naman’s narrative made the process far easier and objective for Q. “It’s far more difficult to deal with your own chaos,” he said.

Shot in an ‘ultra-low’ budget within 22 days in 3 cities and 2 villages, the movie is targeted at international audiences, hence made in English. “You can’t have English subtitles for an English film, so we had to work on their (actors) diction to make them understandable,” said Naman.

The actors were given five weeks of rigorous workshop and master classes in Mysore, by gurus Naman and Q before the shoot. Naman taught them dialogue diction (with a slight Southern Indian twang).

Q prepared them to live their reel life before the shoot started.

“We made them eat local, drink local and dress up like they were in the 80s. Then we gave them tasks to go pick up girls in their new avatars. It was hilarious, and they realized how difficult it was for a bunch of dreary quizzers back then,” laughs Q.

“We were having fun, but super serious fun. The crucial part of the comic nature that we gathered during the master class was reflected throughout in the film.”

And it sure did. The energetic script and working within the gaps of conformist film-techniques enhanced the script to ‘pop and crackle,’ in Naman’s words.

The irregular film would probably have never been seen outside festival circuits had it not been released through Netflix. The crew is positive that the digital release and the use of the English language will secure a global viewership.

Just as I said in the beginning, nothing mainstream about it!