The week that was

We don’t know if you’ve noticed – we earnestly hope that you have. We’re trying, yeah trying is the right word, to come up with more news, features and pix, to take our blog to the next level.

Now what could this next level be? That depends on you really. From our side, our small dedicated team works for free, not even a free cuppa chai, in our effort to keep in touch with the readers of Bollywoodjournalist.com. So we put our heads or something like that, figuring out what to do on a Sunday, the day when one can curl up in bed, sofa, divan  read a book, listen to music, watch a DVD, and do nothing, or just chillax with us.

Okay, we won’t go into any more shosha about the birth of this column and cut to the chase. For starters on this Sunday, we present a re-cap of the Bollywood movies, events and tattle of the week that were.

One flew over the Kuku’s nest

And so we start with, rather on a quizzical note, what possesses the making of a film like Kuku Mathur Ki Jhand Ho Gayi? Cliched and silly to the point of  sufferance, this was one more chuddy-buddy flick that made us look the other way. Plus, why give us such lengthy titles? And why introduce heroes and heroines in a movie which will probably slaughter their careers. 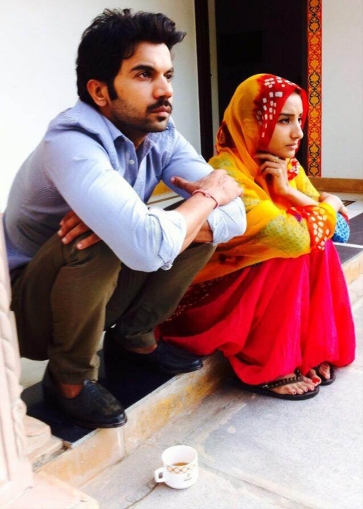 But whose reality is it anyway Mr Mehta?

We’re a bit disturbed by Hansal Mehta’s Citylights. Mehta, the snow-haired director after a rocky career of rejected films, had found his niche with Shahid, which was as explosive as a stick of dynamite. Mr Mehta could have repeated the feat by sourcing a true-life story at home again – there’s no dearth of them.

Instead, he went the remake route under the umbrella of Vishesh Films (Mahesh and Mukesh Bhatt). British director Sean Ellis’ Metro Manila became Citylights which at best, has drawn a mixed reaction. According to one website, its opening day collections hovered around 8 per cent. Collections were expected to pick up.

Ajay Bahl had walked out of the remake, following differences with the Vishesh Film’s production team. That should have been warning enough for Hansal saab, but no he abandoned domestic reality for a Manila mixture. Koi baat nahin, dil pe mat le yaar. Do get back to what is rooted in our soil, please.

Much ado over salads: diet hard

The most newsy and sensational star personality story of the week: Reportedly Sonu Sood has given up adding salt to his salads. Bon appetit dude!

Back in Shimla: Bobby kho jaaye

We felt all mushy and gooey to hear that Rishi Kapoor is shooting currently in the cool climes of Shimla. Why mushy? Simply because the first shot for Bobby was canned there, and whenever Chintu sir shoots there, he re-visits the spots where he began his career as an adult actor.

A filmmaker tells us that he wanted to meet up with Abhay Deol, despite the fact that he isn’t exactly a much-sought-after actor now-a-days. Abhay is infinitely talented, the optimistic filmmaker insisted. Began phone calls to Abhay’s secretary who kept saying yes, this week on Thursday, no next week on Sunday, no no pukka for Saturday next month. Now, the filmmaker no longer believes that Abhay Deol’s talented. See what secretaries do.

Now, that’s what we call a Khan greeting

We ran into the ever-wisecracking Salim Khan, and family at the airport, en route to the swearing-in ceremony of Prime Minister Narendra Modi. Salman Khan was missing from the ensemble, maybe because he took an earlier (or later) flight to Delhi. Anyway, we liked Salim Khan’s spontaneous greeting, “Oh hello. Now that I’ve become very famous, you aren’t touch with me any more.” Yeah, what to do? We’re like that only.

We can’t help cracking up at the Alia Bhatt jokes which continue to rage like Mumbai’s summer temperature. The latest one doing the rounds is, Alia rang up Air-India to ask how long an airflight took to reach Delhi from Mumbai. The operator, scanning the flight schedules, said, “Just a minute.” to which Alia responded, “Wow, that’s really fast,” and disconnected.

It seems R Balki is taking care to do his homework. Since Dhanush is portraying a deaf-mute in Shamitabh (the title baffles us, why the ‘sh’ before Amitabh), the Paa director is consulting ENT specialists. Hear, hear!

So much triple trouble ahead

The award for the most unimaginative print ad for the week goes to Sajid Khan’s Humshakals. Okay, so Saif Ali Khan, Riteish Deshmukh and Ram Kapoor are each playing triple roles. Ram Kapoor gets equal space as Saif does (huh?) and the girls, of course, are presented as bimbettes. Why are we not surprised, really.

Sonam Kapoor has good taste, not only in clothes but also in world cinema and international TV serials. She’s been losing out on hours of sleep to catch the next searing episode of Game of Thrones. We like the series, too, but do take care to get out beauty naps.

That’s all for now…we’ll be back with some more curry, rice and achaar next Sunday. Till then ta ta.