This one’s for you, Aamir Khan

Arun Pawar, he died on the highway after bleeding for three hours

This smiley face staring at you from the screen is Arun Pawar. Twenty-four-year-old Arun used to stay at Naigaon, a sleepy muffasil in the outskirts of Mumbai.

Arun Pawar is full of life. He is planning his thesis in Botany and studying journalism at Harkisan Mehta Foundation Institute at Mithibai College, Juhu. He is also a swimming coach, a health freak and occasionally teaches roller-skating to little children in his neighbourhood.

Arun loves a girl and hopes to win her affection when he achieves his dream: of becoming an investigative journalist. In short, Arun Pawar is one rocking dude.

I am sorry, you will have read the last paragraph in the past tense. That smiley face is no more.

Arun could have saved his life, had the vehicle not hit the accelerator and run him over in a bid to escape from the scene.

The dumper fled as a heavily bleeding Arun lay on the road for close to an hour, occasionally waving his hand at passersby for help.

At last another young biker had the heart to stop by and at Arun’s request, took out his mobile phone and dialed his family. The biker stayed with Arun as his parents arrived and took a heavily bleeding Arun to a nearby hospital.

At the hospital, Arun kept bleeding for three more hours and slipped into a coma as his body had ran out of blood.

His parents watched their only son die in front of their eyes as the hospital scampered to arrange for blood. 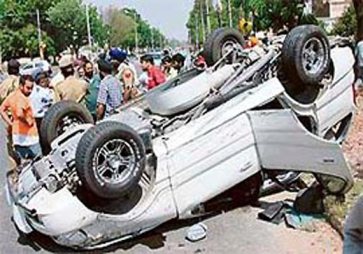 The Innova in which the students were travelling

Four students from IIT Delhi were even more unlucky. You can see three of them in the picture above.

These final-year students decided to go on a roadtrip to Rajasthan to celebrate their campus placements. It was supposed to be an emotional road-trip before they left the campus to join work. It was a Sunday (March 31, 2014).

The Toyota Innova (in the picture above) that they were travelling overturned near Jaisalmer. Three students were killed on the spot while a third died at the MDM hospital, Jodhpur. The other two students and the driver of the Innova (who was hired from an agency) survived and were later released from the hospital.

When this incident came out in the newspapers the next day,  the entire campus was in a state of shock. IIT Delhi has never witnesses any incident involving students which was more tragic.

Students at IIT Delhi still believe that their friends’ lives could have been saved if they were given proper medical treatment immediately. But no help arrived for about 30 minutes after the accident. 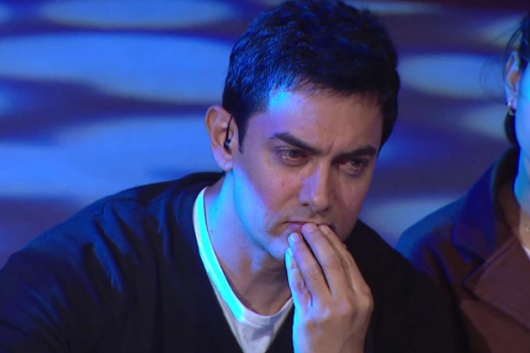 News has limited shelf-life. This news too died out after a few more follow-up reports in different channels. However, one student from IIT Delhi didn’t want to let incident disappear  from our minds.

Dikshat Sharma, a student of IIT Delhi thought that he should act. He researched and found out that every five minutes, one person dies in a road accident in the country. Most of the deaths occur not because the accidents are fatal but because our country doesn’t have adequate roadside assistance for accident victims.

Dikshat wrote a mail to Satyamev Jayate but got no response. After waiting for a few more weeks, Dikshat thought of doing something bigger.

He floated an online petition and asked his friends from the campus to help spread the word. Within days the online petition went viral and collected as many as 30 thousand signatures (as of May 17, 2014).

The news soon reached Aamir Khan and thankfully he got his team cracking on this. 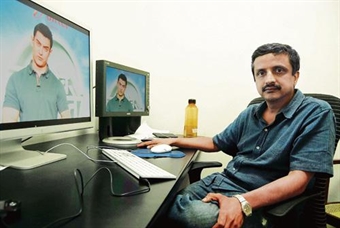 Svati Bhatkal, the wife of the director of the show (Satyamev Jayate), got in touch with Dikshat and sought a meeting. Svati is a part of the show’s production team too.

Dikshat and Svati had an informal chat where Satyajit sought all the details of the accident (even those that were not reported in the newspapers and channels). Before leaving, she promised him that they (the Satyamev Jayate team) are seriously looking into the online petition.

“Svati didn’t confirm that they are going to take the issue up (in one of their episodes). She just said that she is looking into the petition very seriously and that she will be discussing the matter internally with the team (read with Aamir Khan). I just hope that she takes the matter up in one of the future episodes of Satyamev Jayate,” Dikshat said when he was contacted over the phone.

Meanwhile, you too can also lend your support to Dikshat’s petition by signing it digitally. Here is the link of the online petition -> http://change.org/satyamevjayate.