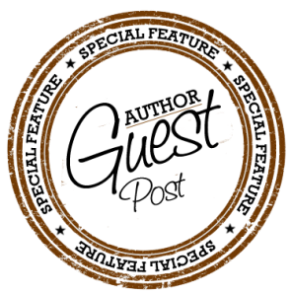 He was climbing up the staircase, surrounded by brand-new fans, somewhat dazed by the sudden downpour of adulation. The year was 1983, the venue was the now defunct preview theatre of New Excelsior cinema, the occasion was the press screening of Subhash Ghai’s Hero, introducing a pair of newcomers, him and Meenakshi Seshadri.

The buzz was tremendous, the songs of Hero composed by Laxmikant-Pyarelal had winged up the charts, the newcomer’s face playing a flute was on every streetside poster and hoarding of the nation. Life had to look up for the model-turned-actor who had seen the rougher side of the city, although he lived in the swishier section of Mumbai: the Teen Batti traffic junction on Malabar Hill. He’d made a brief appearance, alongside Naseeruddin Shah, in Dev Anand’s Swami Dada. But his home was a single room above a shop selling coals, used by many in those days to light up kitchen sigdis.

Aah Jackie Shroff was 26, already a familiar figure around the Pastry Palace on Napean Sea Road, close to where I lived. Ayesha Shroff, the elegant girl, he was courting around then, lived just a pebble’s throw away. Without him knowing it, many of us in the neighbourhood, were anxious to know whether Jackie who’d call all and sundry, “Ae bhidoo”, would make it in the movies. He did, but didn’t like my review of Hero, which I’d titled “Raging bulbul” since the action hero in Ghailand was into as much bansari vaadan as into action and romance.

Now on Thursday, I was stuck in an elevator for a scary five minutes to reach the preview theatre of Yash Raj studio. Should have taken the stairs, but no one does nowadays. Some frantic jabs at the elevator monitor, and it opened up to a foyer packed with friends, close and distant, of the Shroff family. The screening of Heropanti announced for 6 p.m., from the look of things, wouldn’t be indefinitely delayed.

Ayesha attempts a selfie at a screening of Heropanti

For me, it was one of those evenings to saunter down memory lanes. I was a rookie reporter-cum-reviewer at the time of Jackie’s debut, today am as salt and pepper as the good-natured guy who’d hang around Pastry Place. Plus, there was another connect: I’d done an interview with Ayesha Shroff, maybe one of her first, when she debuted with Mohnish Behl in Teri Baahon Mein, a riff on the Brook Shields aqua-adventure Blue Lagoon.

Ayesha didn’t seem to be particularly eager to go hammer and tongs at her career. The shoot in a picturesque island was fun, and all that, but her oh-well smiles spelt out that she’d rather abandon the interview to be with her man-in-waiting Jackie Shroff. She’d leave fame and fortune to Jackie-o.

A picture from the wedding album of Jackie and Ayesha Shroff

Ayesha during her early modelling days

Jackie and Ayesha did this ad when they were dating

You see Ayesha in the background. The one who’s standing and looking at the camera. 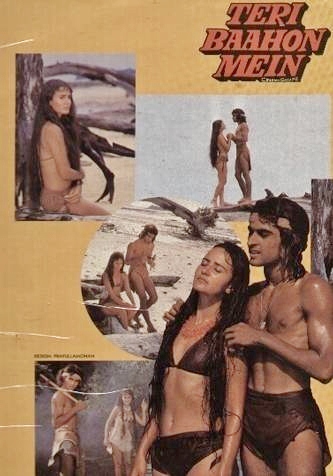 Ayesha Shroff in the poster of her debut film, Teri Baahon Mein

At Yash Raj, it was the same Ayesha, a mother who can kill for the happiness of her son, like she could for Jackie. No change in her smile, or her concealed anxiety about the response which would follow after the next few hours. Heropanti, the launch film of Tiger, was about to unspool. Quite naturally, there’s a hark-back to the flute theme from Dad’s Hero, only here the bansuri looks blingy.

Amazingly, Ayesha has been consistently posting photos and news bits about her 24-year-old son, Jai Hemanta aka Tiger, on social networking sites, eye-arresting pictures captioned with simple text, disclosing a mum’s limitless love. In fact, it was on Facebook that I renewed contact with Ayesha, and so there I was at the show. Not as a reviewer, but just as a nostalgiaphile. I’d say how time flies, if it was true. It doesn’t fly, it just goes by in a blur.

Jackie Shroff at the preview theatre of New Excelsior some 30 years ago, his son at the Yash Raj in 2014, smiling hopefully, shyly. During the intermission, celebrated fashion designer Anna Singh asked me within Tiger’s earshot, ‘You like the film, don’t you?” to which he interrupted, “How about letting him see the complete film first?” Never heard that one before, in my entire life actually.

An earlier picture of Tiger Shroff from Ayesha’s Facebook page

A still from Heropanti

The preview theatre was choc-a-bloc. Among Jackie’s bhidoos I could see Manisha Koirala (looking drop-dead gorgeous) and Gulshan Grover. Shilpa Shetty joined in with the cheer squad. So did Shroff Jr’s buddies, who seemed to have just come out of a campus compound. One of Tiger’s pals, a pretty young woman, limped in. She had fractured her leg but didn’t want to miss the event for love or money.

Some of my journo colleagues, Bharati Pradhan and Deepa Gahlot, had to wear their thinking caps at the show. They would have to review the film. Not me, I could just sit back and see whether Tiger has any qualities of my Pastry Palace bhidoo. Tiger does, in his physique, and expressive eyes. Moreover, he seems to be a sorted sort of guy, who will adjust himself to the vagaries of showbiz, and remain grounded. How Heropanti fares at the ticket windows is not the question: Tiger’s here to stay. Just like Ranbir Kapoor’s career rocked despite Saawariya turning out to be more notable for his towel stripping than any cinematic value.

And of course, it’s a relief to see a young man displaying his muscular hardware, rather than the 40-plus-year-olds going the six-abs route. That Tiger has a strong screen presence is incontestable. A comfort level with dialogue delivery and emotive pyrotechnics are surely required. Something tells me he’ll take such remarks positively. Dad Shroff became an actor of power only after he received the right guidance from Mahesh Bhatt (Kaash),Vidhu Vinod Chopra (Parinda, 1942: A Love Story) and Rangeela (Ram Gopal Varma).

After such sinuous performances, Jackie Shroff didn’t avoid me like the bubonic plague. I interviewed him in Ooty on the location shoot of Priyardarshan’s Gardish. There was a change, he was relaxed and didn’t see me as a mere fault detector. “You said my dialogue delivery was staccato… didn’t even know the word… till Ayesha told me what it meant. I guess somewhere along the line, that helped.” Not entirely true I think, because actors evolve out of their own resources and the director’s instructions.

At the end of the Heropanti screening, Jackie Shroff was seeing guests off, more nervous than I’ve ever seen him. He didn’t ask what I thought of Tiger. Instead I received a huge hug from him. And I had to say, what I felt, “Tiger’s so much better than what you were like…when you started out.”

And Jackie retorted, “Thank God for that!”