His films have been deep and reflective — be it Hyderabad Blues or Iqbal which dealt with the story of a deaf, mute boy whose dreams of being a professional cricketer finally comes true.  Or Dor which dealt with the bond of two women from different cultural backgrounds.  Nagesh Kuknoor’s films have always had the emotional touch.
But this time the director is back after a three-year sabbatical with Lakshmi, a story of a heroic thirteen-year-old girl who fights against human trafficking. It’s an odd film for Nagesh to make but he has his own reasons for it.

How Nagesh Kukunoor met his Lakshmi

Kukunoor works  as a spokesperson for Adapt and Plan India which supports, rescues and rehabilitates traffic victims giving them a second lease of life. It was during his interaction with them that he met women who were forced into sex trade. He planned to make a documentary on them until he heard the story of a fourteen year old girl’s heroic turn.

“Nearly 55,000 to 60,000 women on an average are forced into sex trade. The irony is that you add one or subtract one from the numbers, it is not going to matter. Most of us react to statistics and go on with our lives. If you take one small life as an individual, it is nothing short of horrific or intimidating. That is why I decided to go on with the journey of Lakshmi. I was interacting and listening to innumerable stories of torture, but out of it all emerged stories of heroism. Having gone through physical, mental and emotional torture, the likes of which none of us can imagine. It is shocking that these women managed to withstand the brutalities and emerge as heroes. They are so normal. There was one story in the story which stood out from the rest. It was a story of a 13-year-old girl who chose to take on the traffickers and stand against them in court. The story blew me away.  I felt I should tell the world about it,” recalls Nagesh.

On casting singer Monali Thakur as the protagonist 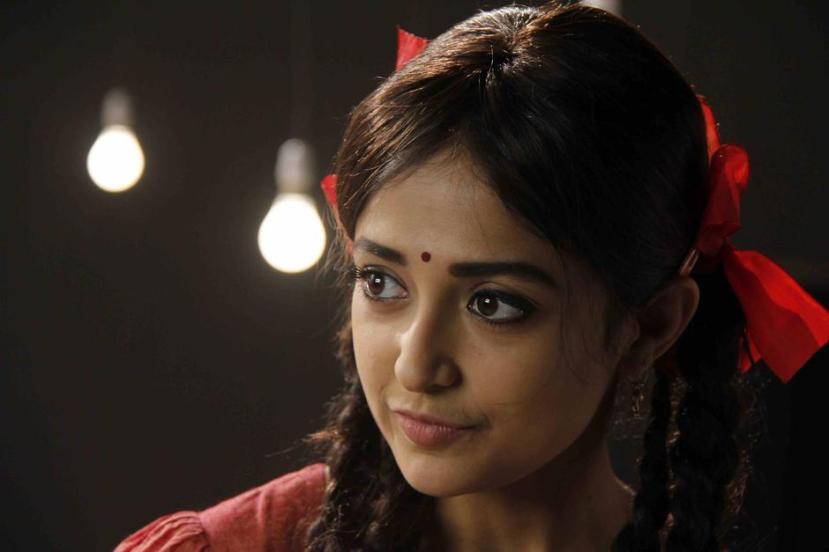 Singer Monali Thakur plays the lead role of Lakshmi in the film.  When quizzed what made him cast a singer for the role, Kukunoor explains…

“I had signed a fourteen year old girl from Hyderabad for the role.  She’s a good actress. I met her parents who were aware that I was making a respectable film, but I started feeling uncomfortable of exposing such a small girl to this world.  I felt I was destroying someone’s childhood.  I had her story three years ago and I still remember the girl’s name. It was down right psychotic. I remember when I was shooting for Iqbal,  Shweta Prasad was only 13. I took care of her and was particular where she was changing because film sets are horrible places.”

It was a chance meeting with Monali at  a party which made him cast her in the main lead.

“I saw Monali at a party. I was scared to ask her, but I went and spoke to her and she said yes immediately.  I remember calling up Elahe (Hiptoola) and telling her that I had found my Lakshmi. When I explained the film to her there was no stress on my mind,” he confesses.

Being human to being inhuman

The film has the tag line of ‘Being Human’. However in no way is the film connected with Salman Khan’s NGO. Kukunoor explains how the tag line came about.

“This sentence came when Chaitanya (his crew member) was making posters for the film.  He had made a few which didn’t impress me at all.  I told him I was looking out something unusual.  He questioned me why I had made the film. I told him I could not understand why people were being so inhuman.  That’s when he came up with this tag line –  “Are we being human?”

Did he consider telling Salman Khan to endorse the film?

“It would be great if Salman endorsed the film. In our country when a star supports the film it goes to another level,” adds the film-maker.

Taking the film beyond borders

Another scene from the film Lakshmi

Kukunoor says that he wants the film to remind people of humanity.

“My focus is to take the film to an international level,” he says. Handling a bold subject like this is must have had its own inadequacies, but the film-maker says there were no glitches. I didn’t face any threats as this is not a large enterprise.  Not many know that the value of human life is ten to twenty rupees.   A pimp barters six girls and makes 800 to 1000 rupees a day. It’s prostitution of the highest kind. Selling a body is not a big deal – pretty girls are put in the front row, the little better looking ones in the second, and the ugly ones in the third row. These ugly girls are literally thrown on the highway. They have to return with 200 to 300 rupees or else get beaten up by the pimps.  The price of having sex is 30 to 40 rupees which is cheaper than a plate of Idli.  They are frightened of the police who have sex for free, beat them up and take away all their money. The pimp then beats them up again. This is the level of inhumanity. The girls tell that the truckers on the highway are good people.   When they are rehabilitated, their parents don’t take them back and no one gives them a job.  Tell me which woman will hire her as a housemaid.  They don’t get jobs so they come back to the rescue shelter,” Kukunoor reveals.

While he is promoting the film in a big way, Kukunoor rules out sensationalizing the topic of sex trade.

“There will be no titillation on the topic.  If the film does 100 percent, we will try to get them an extension built at the rescue shelter,” he says.

On playing a negative character 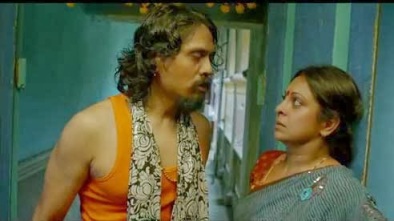 Kukunoor will be seen in the role of Chinese pimp in the film.

“He’s a pervert character   I didn’t want anyone to take the abusive part, so I decided to play the role myself. I felt that no one could get the Hyderabadi accent as well as me. Apart from Naseeruddin Shah’s character in Shyam Benegal’s Mandi, I felt no one has spoken it right,” he says.

On being ‘non-existent’ in Bollywood

In an industry where one has to be in the constant glare of the public eye, Kuknoor loves to be literally non-existent.

“I am always like that. I love my privacy. People keep tweeting and uploading pictures.  I can’t do that all year around.  At the most I can do to promote my films is talk about them.”

Doesn’t that lead to him losing out on work? we quiz him.

“Why do you think I am suffering? You can teach yourself, but I am paying a heavy price” he retorts. “My personal life is almost non-existent. I have too many stories to tell. What I don’t do in real life, I do it in my films.  There’s nobody to tie the knot.  There’s no one on the horizon as yet or maybe the right person didn’t approach.  If you really feel the need you will pursue it. Maybe that means I don’t need it now. Being single is exciting enough,” he guffaws.

Before we go, here’s a music video that where Kailash Kher and Monali Thakur have sung amazingly.

Disclaimer: All images of this post have been released through a PR agency for publicity and have been procured from public forums and social networking sites. Please inform us if any of the images used here are copyrighted and we will pull those images down.  Content Copyright: The responsibility and the sole ownership of the content is of the author who has contributed the content to this blog as a friendly gesture. Please don’t copy-paste matter from this blog. To contact the writer, please visit her author page HERE. You may also write to her at shamabhagat@gmail.com.