Are Bollywood stars any less arrogant than the trolls? 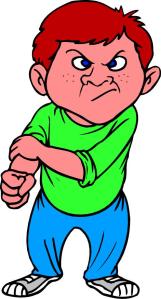 Not too long ago, I wrote about how a section of faceless people get their kick by abusing Bollywood stars on Twitter.

Today, I will talk about something more uncomfortable.

Do stars abuse too? Are they forgiving? Do they take the higher moral ground like the way they muse on social networking sites? How do they treat journalists?

If I go by my personal experiences then all Bollywood stars are as human as the trolls who abuse them on Twitter — they abuse, they mistreat journalists, they yell and they are unforgiving.

Most of them are not even an ounce of the image they portray on social networking sites.

In this new series, I will narrate incidents to show that Bollywood superstars are as human and as fallible even though their social network handles might portray a different picture.

I don’t have any intention to malign anybody. Hence I won’t name anybody and won’t publish comments which will reveal the superstar’s name.

An offer which we couldn’t refuse

I was working as an assistant editor with a leading daily when this offer came from the media manager of the superstar – an exclusive interview of the star ahead of all other newspapers.

We then figured out a solution after talking to my editor. My editor said that she will do the interview for the Sunday edition of the newspaper. The Sunday format of the paper provided a lot of room for philosophies, musings and abstract talk – something that this star was extremely comfortable with.

A day before the interview, my editor called me in and said that I should accompany her to this star’s office to ensure that the interview goes off smoothly.

It was 12 noon when we started off from Lower Parel to reach his office in the suburbs. We took the sea-link, and when we were ushered inside the star’s office, it was 12.30 pm. The interview was scheduled at 1 pm and the photo-shoot at 2 pm.

‘I hope you know that I am always late’

It was 3.30 pm when the star walked in holding a cigarette between his fingers and that was the first thing he said with his trademark smirk.

The star came, plonked himself on the sofa and stretched his hands. He was in the middle of an animated conversation with his staff who was showing him something on an Ipad.

I heard the superstar saying that he not comfortable modelling for a particular brand while the staff member insisted that it was a good opportunity because they are pumping in a lot of money to promote his upcoming film in a special ad campaign.

My editor was not well that day and I gestured towards her to change her side of the sofa to escape the fumes of the star’s cigarette.

The conversation with his staff went on for another half an hour as we sat there blankly staring at him.

He then turned around.

After a few usual opening lines which went like ‘I am calling for coffee, you want some?’ we got on to the actual conversation…

Who amongst you wrote that piece yesterday?

That article that said I am sleeping with her (names another star actress).

We didn’t say anything that, it was a just series of photographs (clicked on the sets of a reality show) where you were whispering something into her ears….

Yes. Who wrote that?

That was on page three. That journalist is not with us today…

(Turning to the editor) I would have thrashed him if he was here today. He needs to be thrown out of your company. He should quit, you know.

But… it is the party page… we got a few exclusive pictures and we published them with tongue-in-cheek captions. Everybody does that… Where did we go wrong?

(My Editor butting in) Let’s get on with the interview. I am sure you don’t hold that thing against us. I know you as somebody who never holds on to grudges (she follows him on Twitter)

Of course I hold a grudge against the journalist and why not?! Do you know that her mother called me yesterday? What do I tell her? Do I tell her that a bitch of a journalist used free space on a newspaper to malign her daughter? And malign me in the process too? Moreover when Ms X (his PR) told him to publish an apology, he refused. I want an apology to be published on that very space.

(My editor) Have you read the article?

(Raising his voice) No I haven’t. I realised that you have published something against me when I got a call from her mother. You think you can get away by doing this? You think I will let you go scot free?

(My editor) You haven’t read the piece. Let me tell you that there was nothing derogatory about you in the captions. We were wondering what you were whispering into her ears. I can show it to you right now.

You don’t have the right to publish material like that…

That was a gossip item, it was published as a gossip.

Yeah gossip. You think that you can put anything in that column and get away with it? Did you do it? (He points a finger at me and slides towards the edge of the sofa)

No. With all respect, I think there was nothing wrong with the caption. You are being unfair.

(Editor butting in) That was a minor thing, come on lets get on with the interview…

Unfair!!!! You see, I am a goonda myself. If you had written it, I promise I will thrash you right now. I promise I won’t feel guilty socking you in the face. I am capable of doing it and I have done it in the past. (makes a fist towards me as if he is about to punch me)

(My editor is stunned and silent)

I haven’t …written it. It was written by a female colleague of mine.

(Piping down a bit) I have immense respect for women. I romance them on screen. You want to know what I have done to that journalist?

I have cursed her….

The conversation snapped as the intercom started ringing. It was a family member on the other end. As the star started talking to her in an angry tone, I started browsing through the twitter handle of the star. There he had just advised his followers to take the higher moral ground. A few days back the same star spoke about how he never holds a grudge.

I realised when the star is angry, he is just the opposite personality of what he portrays himself to be.

Though I am an atheist, I prayed that the curse should fall upon me and not my colleague.

The journalist who made the page wanted to take that article off. A senior colleague who checked the page, goaded her not to drop it because the pictures were exclusive.

That senior colleague is me.