“You know, that b**ch has sent my copy back again. What does she think of herself? Just because I am a freelancer, she will play the game with me? She could have given me all the feedback after reading my copy for the first time. No, she won’t do that. She sits and edits my copy at noon everyday and every fu**ing day she would call me to ask for a quote or a clarification. This has been happening with me for the past week. For just two thousand rupees this is too much to bear,” my freelancer colleague from Delhi was panting in anger and I could clearly hear her “hiss” on the phone.

Ask any freelancer and this is actually a very normal situation. The unsuspecting freelancers become fair game for young desk hands who sometimes take out the frustration on them if the editor is giving a hard time.

The editor only clears the story idea of an article, after that it’s over to these desk hands who get a “clean copy” out of a freelancer.  In some cases, the copy goes through the magnifying glasses of a chief reporter, the bureau chief, the news editor, before being finally passed onto a junior sub-editor who will put it on page. Yes, count yourself lucky if you if the page designer doesn’t call you.

Then there’re cases when the opposite will happen — where you won’t receive any word from the office at all. You will have to train yourself to forget about the copy once it is submitted.

In a lot of cases, your copy might be held up for no reason at all or after working so hard, your copy might not even make the cut. You wouldn’t know why it was never published or scrapped at the last moment.

Staff reporters don’t have such a tough life. A staff reporter usually waltzes into the office in the evening, files his copies and leaves. In most cases, those copies have been discussed in advance and cleared with the bureau chief or chief reporter who works on it before forwarding it to the news desk.

The reporter usually leaves office after filing the copy and desk calls him up only if they need a clarification. 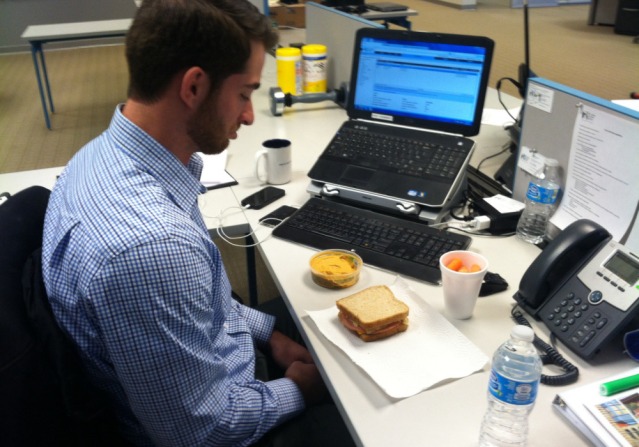 That’s the life of a freelancer in a newspaper. Lives of freelancers in broadcast media is actually worse.

Yes, I know. Some of you might argue that if a copy has “holes”, it’s the job of the desk to call up the reporter as many times as they want. True that.

Actually, that’s not the point I am trying to make.

The point is: most freelancers are still paid Rs 2 to Rs 5 per word in newspapers and magazines, a rate that has not seen much revision in the last ten years. It means that for a 500 word copy, you may earn anything between Rs 1000 to Rs 2500. If it is a magazine article, you will be lucky to get Rs 5000 for an article. Subtract, from that your travelling, phone calls, food (while on duty) and you might not be left with much.

Let’s accept that freelancers in Indian news rooms are not treated like humans. They are treated at sub-human levels regardless of their age, experience levels and accuracy of reporting or writing.

Worse, they are never paid at all in a few cases or (most frequently) their payments are released after months. I am yet to come across a freelancer who has told me that he has been paid on time.

These days, some of the latest news websites have developed a brand new strategy — they don’t pay contributors. Their reason: you are getting a great platform to write for, so why pay you for the favour?

The shabby treatment meted out to freelance writers and photographers is something that nobody talks about. I wanted to bring a few of them on record to document the miserable situation all of us are put into.

At least three freelancers I spoke to, backed out from coming on record — two of them honestly said that they are scared of losing their assignments and at least one said that he was “too tied up” to mail a small comment about the condition of freelancers in India.

Whatever be the case, this is no surprise that nobody wants to freelance anymore. A lot of reputed journalists (from Bollywood and beyond) are open to freelancing but they choose not to because they don’t want to go through the process of being treated the way freelancers are treated. Instead, they would prefer to write for only for those publications where they directly deal with the editor.

This is one of the reasons why there are not too many good journalists in India, instead you have “bright, young, energetic” web surfers who compile their copies from Facebook, Twitter, Instagram etc and proudly call themselves journalists on their own social media biography.

Shama Bhagat (20+ years of journalistic experience, one of the most experienced freelancers in Mumbai): About the state of freelancers today

The money paid to freelancers in India is so bad that one cannot even dream of doing freelancing full-time. You do freelancing only when you have other sources of income to supplement your daily expenditure. There are very few media houses who pay on time, for the rest of them, we generally don’t know when the payments will arrive. When it arrives, we actually remember that we had written an article for them. I have lost count of the number of media agencies who are yet to pay me.

Ranjona Banerji (Prominent journalist and freelance columnist): On what the compensation of a journalists used to be 29 years back.

As an oldie, I would like to point out that before the advent of TV and the internet, we were paid peanuts. The government ran a wage board (still does) to ensure that we were paid something at all, because owners were reluctant. My first salary (in the year 1987) was Rs 2500, with the chance of a Rs 75 increment per year and Rs 150 if my assessment was good. However, without patting myself us oldies on the back, we did a little better. Commitment and not money was the criteria. Of course, there were many problems…. and money is not the only problem….  The tragedy is that this generation of editors have failed utterly. Hopefully somewhere in the next batch, someone will take journalism seriously again.