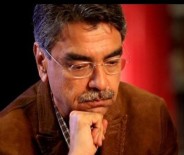 Et two? Incredibly enough, it took two directors – P Singh and Jitendra Tiwari — to handle this indigestible political khichdi of a movie. Loud enough to shatter your ear drums, depressing enough for you to drown your sorrow in tumblers of rum, throughout the convoluted plot of Shorgul, coerces you to go ho-ho-hum.

Messrs Singh and Tiwari, in their vain bid, to expose the root causes behind the Muzaffarnagar communal riots of 2013, merely end up obfuscating the incident, besides absolving clout-wielding politicos. So hello, the UP Chief Minister Akhilesh Singh Yadav is thanked right away in the titles for some puzzling reason. By the way, the CM who figures among the caboodle of screen characters here is named Mithilesh Singh Yadav. Clearly, subtlety isn’t exactly the directing duo’s virtue.

To compound the political agenda, veteran Congress personality, Kapil Sibal, pens lyrics for the song Mast Hawa in this Shorsharaba. To put it politely, he shouldn’t have. No feathers can be planted in Sibal’s cap for the flight into poesy, which goes from bad to verse.

Over next to the whiskyholic Ranjit (Jimmy Sheirgill) who has probably seen too many vintage Ajit the Loin films showing him in the company of expressionless female masseurs. Aligned to a right-wing party, he’s fearsomely ambitious, only to be opposed by Chaudhary (Ashutosh Rana), an epitome of secularism.

Yaaay? Not quite. A hornet’s nest is about to be shaken-‘n’-stirred. Chaudhary’s dear son Raghu (Aniruddh Dave) is gaga about a Muslim girl (Turkish import Suha Gezen) but she’s already committed to Salim (Hiten Tejwani). Trouble bubbles.

The triangular romance, or indeed the lack of it, sparks off mayhem galore. Bore.
Among those who add that proverbial fuel to the fire, count Salim’s angry youngish cousin (Eijaz Khan, challenged by an awful prosthetic scar), a Muslim neta (Narendra Jha) who’s an expert at rabble rousing speeches. And there’s that blame-subtracted Chief Minister (Sanjay Suri).

With so many stereotypes overpopulating the screenplay, what else can be done but to foist in an item number, quite sadly executed by Hrishitaa Bhatt? Tut tut.

Truly, the considerable stock of political films by Prakash Jha, come off as classics by comparison. Technically, Shorgul emerges as a shoddy exercise. Neither the love story nor the blood-splattered body count, are credible, the calling card of random B-grade endeavours.

About the only redeeming factor are vignettes of inspired acting by Ashustosh Rana who must have endured sleepless nights to get every shot spot-on. The persistently undervalued Jimmy Sheirgill is effectively satanic. Of the rest of the cast, Hiten Tejwani and Eijaz Khan have their emotionally powerful moments.

However, Suha Gezen is terribly torturous, at most qualifying for the title of the Shriek Queen of the year.

Admittedly, the hidden hands behind communal riots need to be exposed by cinema, mainstream or otherwise. This endeavour, however, opts for short cuts and suffers constantly because of its amateurish exposition. Also what’s the point in renaming Muzaffarnagar as Malihabad? Audiences aren’t dumb clucks, are they?

Like Udta Punjab, Shorgul faced a rough time with the censors, but was eventually passed with minor cuts. Bully for the producers! In fact, it wouldn’t be surprising if the film’s blessed with entertainment exemption in UP.

Such conundrums happen only in India.

Original Link of the Article