Bollywood is not all about films hitting the Rs 100-crore mark. There are lots of stories that few talk about in the media. But these stories are the ones that expose its underbelly. 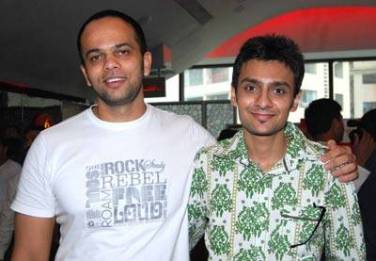 We will tell you one such story today – the alleged fraud by one of the biggest production houses of Bollywood – Shree Ashtavinayak Cine Vision. This production house is credited with most number of blockbuster franchises in Bollywood.

They started off their successful run with the Salman Khan starrer Maine Pyar Kyun Kiya. After that they never looked back. Then they went on to produce such huge successes like Golmaal which was followed with the Shahid-Kareena starrer Jab We Met.

Post Jab We Met in 2007, their biggest success came three years later with Dabangg. Two more years and they had another blockbuster with Bol Bachchan (directed by Rohit Shetty again).

With so many blockbusters in their kitty (and a few epic disasters like Blue and Kidnap), the company should have been the biggest player in the market.

On the contrary, the same company was epicentre of controversies with their own business associates alleging that they were not honouring their own financial commitments. Then came grave allegations like siphoning off crores of public money, cheating their investors and creating fake film production companies to act as shell companies for diverting funds.

As it turned out, the company earned the dubious distinction of engineering a massive scam of around Rs 1000 crores (approx) which is a record in itself. No Bollywood producer can be credited with a scam of this magnitude.

Here’s how it came into light.

The first case appeared on the horizon in 2007, when a line producer (Tejpal Ambalal Shah) alleged that the production company hasn’t paid him to the tune of Rs 41 crores. He filed a case and won. The court asked Ashtavinayak to pay him back in full with penalties. 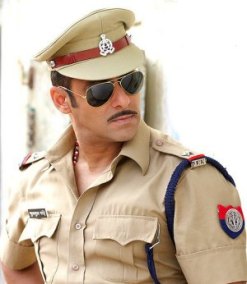 A still from the legendary hit Dabangg. Ashtavinayak was one of the producers of the superhit films, Dabangg, Jab We Met and Golmaal.

But unfortunately, even after he won and had a court order in hand, he found that Ashtavinayak’s cheques were bouncing. He then approached the Company Law Board (CLB). The CLB found evidence that the company was siphoning off funds to shell companies on the pretext of making films. Some of these companies were registered in India whereas others were in tax havens, like Dubai.

Altogether, the CLB could gather evidence of about Rs 824 crore which was siphoned off to different companies (or subsidiaries) for making films. The production of those films were never started. The physical address of those companies could not be traced as well. Moreover, in some companies their go-down security guards and a few housewives were registered as directors. They had no clue about their own companies either.

As the evidences started piling up, the police started arresting the top officials of the company. Finally, on April 16, 2015, the chief managing director of the company Dhilin Mehta and his father, ironically named Harshad Mehta, were arrested. Dhilin was arrested by the Rajasthan Police just minutes before he was to catch a flight to Dubai.

The two were jailed at Arthur Road prison and all their offices were sealed. Though some of the directors of the company have now been freed, Dhilin and Harshad are still languishing in jail.

The father-son duo have completed a year in jail. The production house has since closed down all operations and its offices have been taken over by creditors and the law enforcement agencies.

Cases are on against them for floating bogus shell companies, siphoning off public money through them and dealing in black money. Apart from EoW and the police of several states, there are cases filed against them by the Enforcement Directorate too.

All their investors and their business associates have lost crores since this massive scam came to the fore.

Tell us honestly, have you heard about them?

These stories cease to exist once it gets into the dark zone.

Welcome to the dark underbelly of Bollywood.