Rating: Never Mind! But if you insist, * 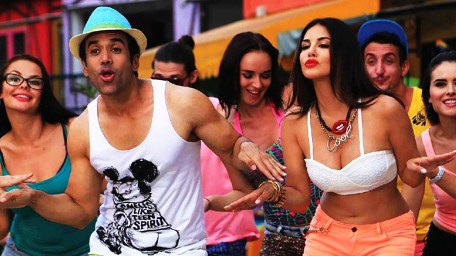 This film should have been titled Mere Meh’boob’ because the only thing the director is crazily obsessive about and intends to show in this film is b**bs, b**bs and more b**bs. However, his idea of showing ‘assets’ of every possible girl in this film has turned out to be the biggest liability for this film.

For a film that stars Tusshar (yet again in a sex comedy), an unbearable (non) actor like Vir Das, an almost nude Sunny Leone in twin roles throughout the film, characters so irritating that you want to shoot them all, and to top it all, if the film has the filthiest dialogues ever written in the history of Indian cinema that would make even guys, who love crass humour, cringe, you know this film is nothing short of a non-bailable offence committed by a b**b-obsessed director!

Categories: Bollywood, Is the movie worth your buck?