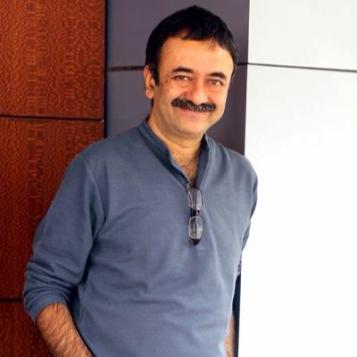 Raju as we all lovingly call him was born in Nagpur on November 20th, where his father Suresh had a typing institute. While Raju always helped his father in the typing business, which was slowly dying down due to the onset of computers, Raju always dreamt of being an actor but was shy of admitting it, as his parents wanted him to become a doctor or an engineer.

His poor marks and acting charades in front of the mirror, pushed his larger than life father Suresh, to get his portfolio shot and lent Raju some money, to apply for an acting school in Mumbai.

Raju with his simple small town views, could not blend in with the brusque actors in Mumbai and returned to Nagpur disillusioned after just three days. His father Suresh, even with his limited resources, did not take no for an answer, and forced Raju to apply to the Film and Television Institute of India (FTII) in Pune instead.

The acting course had shut down, as there were way too many applicants. So, out of sheer boredom, Raju opted for the editing course, not realising that he had met his ‘true calling’. His brilliant adroitness in editing earned him a scholarship, thereby reducing the load on his father’s shoulders.

With a three-year diploma and superlative remarks, Raju still failed to get a job as a film editor.

Living in rented homes with several others, disheartened for years, Raju was focused to not borrow any money from his father and only return to Nagpur as a success.

After years of grappling with advertisements, assistant direction and a job that payed 1,200 Rupees per month. Vidhu Vinod Chopra was the light at the end of the tunnel for Raju Hirani. This was a friendship that clicked from the very first moment. Raju became the production company’s in-house editor with Mission Kashmir. The rest is history when Raju directed his own films!

His tour de force films are considered modern day classics. His greatest dream of bringing his father Suresh into his Mumbai home, sadly never materialised with him passing away.

Incapable of speaking a hurtful word, this humble man almost runs away from acclaim and celebration.

A Gandhian in his vision and a Charlie Chaplin fan. Raju Hirani is an extra-ordinary man of Cinema.

For Raju Hirani fans, here is an old advertisement that featured him.

This was the phase (as described in the blog) when Raju struggled to find his feet in Bollywood. We are sure that you remember this ad but we bet it didn’t strike you that the man selling Fevicol is actually Raju Hirani!