In Search Of An Eye

“The real voyage of discovery consists, not in seeking new landscapes, but in having new eyes.”
Marcel Proust, French author. 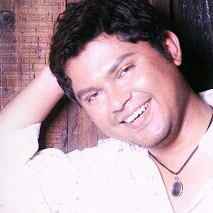 Understanding of cinema is one of the essential ingredients of life. During my tenure as the editor of Stardust, I tried inculcating the germ of understanding cinema amongst my fellow colleagues. Barring a few, most of them would spend hours watching Salman Khan songs on YouTube or just surf internet for Comedy Nights With Kapil Sharma. My fear with the next generation starts on this note. Minimalistic exposure to world cinema, leaves them with barely any choices. So when a Nawaazuddin gives a mediocre performance in Kick, they get excited. Because they have not witnessed performances of Naseerudin Shah, Balraj Sahani and Om Puri.

When a generation of journalists are growing up on reading Vogue, Elle, Harper Bazar and following Sonam Kapoor on Instagram, what could one expect? What would you expect of a journalist who goes ‘mwah mwah’ with any star in the queue. What would you expect of a journalist who is more concerned about her hairdo than her article? What would you expect of a film journalist who has not watched a single Ray, Ratnam or Raj Kapoor film. Unless we study cinema, we cannot write or talk about cinema. Unless you know the legacy of Kareena Kapoor you will only write about her size zero. Unless you know the great composer Roshan, you will only talk about his grandson’s six-pack abs. Unless you have seen Mughal-E-Azam you will not be able to evaluate the richness of literature. Unless you have seen Mother India, you won’t understand melodrama. You need to watch Jhansi Ki Rani and Alam Ara to know the difference between Eastman and Techicolour.

Unfortunately most of the scribes join film journalism because of the glamour quotient. And also because you don’t need any theoretical experience. They primarily get attracted towards the profession purely because of glitz.They want to attend parties, take selfies with the stars, attend awards, and tweet about the first look of every film. They barely understand or even try to learn the language of cinema. They want to conquer the world of cinema in 140 characters.

When I started my career in journalism in Kolkata, my features editor was clueless about Jamini Ray and Satyajit Ray. But she never discouraged us from learning. We went ahead and grasped the knowledge just to make our foundation strong. I was completely disinterested in so-called ‘art cinema’ and even confessed veteran filmmaker Mrinal Sen at Kolkata Film Festival that, “I don’t understand your films!” To that he smiled back saying, “I am too old to make fairy tales. So you need to grow up my child!”

I almost felt like Apu from Pather Panchali. It was almost an assassination of my intellect. It was time for transition from Apu to Aparajito. And soon the world of cinema looked like an endless pasture. Masters like Jean Luc Goddard, Felini, Kurosawa, Kairostami, Griffith and of course Chaplin, Hitchcock and Phalke enriched me as cinema aficionados. Suddenly cinema for me was beyond Manmohan Desai, Amitabh Bachchan and Hema Malini.

Though people like Piyush Roy and Vickky Idnaani makes a living out of commercial Bollywood cinema, they have not closed their learning doors. Piyush worked his entire career in Bollywood, and over the years his eye for understanding cinema has only improved. Currently working on the ‘navarasa’ as his post doctorate subject, Piyush says, “It’s important to know the basic structure of understanding cinema. Even a hard-core commercial cinema can give you enough fodder. Manmohan Desai, Raj Kapoor, Dev Anand, Manoj Kumar, K C Bokadia and Subhash Ghai tried to make movies that reflected social issues. Unless you have seen the great masters, you have not mastered the art. It’s as simple as any other subject. Can you be a student of literature without reading Shakespeare or Keats? But in films, unfortunately you can be a journalist without knowing anything about Gautam Ghosh, Adoor Gopalakrishnan, Jahnu Baruah and Shyam Benegal.”

My interaction with Vickky went beyond magazine shoots when I realized that there is a student in him. “I owe a lot to my friend and author Dinesh Raheja,” says Vickky who has become a regular face at MAMI. Probably the only fashion photographer who takes an initiative in learning the language of cinema. “My one of the first exposure to world cinema was with Rituparno Ghosh’s Chokher Bali and then Dosar. I realized that I have been missing out on various forms of art because I was concentrating only on Bollywood,” confessed Vickky, who was amongst the fortunate few to work with MF Hussain in Gajagamini. “Hussain sir was another chapter. You have so much to learn. Madhuri being a reigning superstar was so submitting, I have rarely come across such dedicated soul,” he added. He has been closely associated with filmmaker Sanjay Leela Bhansali and Hansal Mehta. He has been working on subjects which are beyond Bollywood paradigm.

My problem with the new bunch of journalists is that they are not interested in their own profession. That’s the scariest part. They are in a race, and unfortunately they are not even in a competition. For gossips and scoops they would call the PR agencies for feeds, do group interviews with actors and rush for a music launchs or teaser launch parties. They fight for bylines which no one even remembers, they ask same set of questions and write same set of answers. I am even appalled to see that some of them with super shallow knowledge calls themselves a film critic. To be honest, no one reads review. And unless you write like Khalid Mohammad, Mayank Shekhar or Raja Sen, you should refrain yourself from writing reviews.

Let me explain why it’s important to have profound knowledge in cinema. If you are ignorant about your vocation anyone can make a fool out of you. I remember when I was in Mumbai Mirror, a director shot a one minute sequence with a Hollywood actor opposite Akshay Kumar. He called to inform that this was the first of its kind in the history of Indian cinema. If I hadn’t studied about films like Shalimar and Alibaba Aur Chalis Chor, then I would have believed him. And if I would have published wrong information, then that would have stayed in the archives. So, indirectly I would be feeding wrong information about my own profession to future generations. But today’s generation believe in Wikipedia. But trust me, there is nothing as untrustworthy as Wikipedia. I remember Mani Ratnam had a poignant observation. He said, “Unless you read about cinema, you cannot see cinema. Visual appreciation is linked with the theoretical knowledge. As human being, we are born to appreciate goodness. You might be a brilliant food taster, but that doesn’t certify you as a brilliant chef. Likewise, you might like a particular kind of cinema, but that doesn’t make you an authority. Rating cinema is as frivolous as rating a cricket match. It’s an individual choice, and I will only subscribe to that choice if I consider that individual superior to me.” 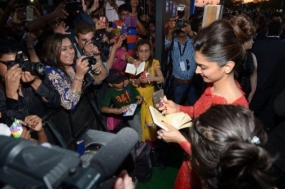 When your exposure is limited, you are easily conned by filmmakers who claims to be making original content. Same applies for music and any other form of creative. Unless you know your source, how can you compose your questions for an interview? Unless you know who inspires what, how can you do a comparative study? Why Sanjay Leela Bhansali or Vidhu Vinod Chopra or Mani Ratnam refuses to interact with greener journalists and prefers seasoned ones? Value of experience and knowledge cannot be bartered with ‘freshers’. Publications indulging in cost cutting and websites focusing on quantity and not quality, will face the consequences sooner or later.

We were taught to see each landscape with a fresh pair of eyes. The reason was simple. So that when I am watching Bahubaali, I am enjoying the grandeur of misc-en-scene. When I am watching Belasheshe, I am concentrating on chemistry of the lead pair. When I am watching Masaan, I am placing myself in the social mileu and when I am watching Bajirao Mastani, I am watching it from the perspective of canvas and characterization. Just like we have palate cleanser, even understanding of cinema needs those cleansers. I must admit that Shiladitya Bohra from Drishyam Films and Anurag Kashyap has been taking initiative in educating youth with meaningful cinema. (Please ignore Kashyap’s Bombay Velvet in this context.)

This is the simple reason why I completely disagree with FTII chairman Gajendra Chauhan’s statement that, “Jo film chal jaati hai, woh A-grade film hoti hai!” This shows his ignorance about understanding of cinema. And this clearly gives us a vision on what could be the future of film journalism if we have voices like Chauhan. I can totally relate to the issue which students are facing. This is the same issue which even the students of journalism will be facing. An actor who has worked in certified adult cinema cannot be considered as someone who will be able to guide the younger generation with his wisdom in cinema. Similarly journalists who thrive on selfies, parties and perks cannot be considered as the torch-bearer of nextgen.

We need to find another Battleship Potemkin.