Elections on: All quiet on the film policy front

I have no idea – or rather any specific choice – for the ruling government to come. Whether it’s a single party, the current one or the most-predicted one, an alliance of faith or of convenience — the verdict will be out, and soon.

What can anyone hope for but an enlightened governance? Or is that being hopelessly naive and utopian? But in the blizzard of manifestos, promises and campaign sloganeering, I have noticed that the nation’s culture policy finds scant or no mention. Okay, there are other immediate priorities, of course, but I can’t help feeling if this sphere is relegated to the bottom of the heap, heaven help us. Any status quo in the official suzerainty over the diverse fields of culture, will merely add to, if not aggravate the ongoing discontent.

About the only articulated take on the current shape of things, has come from an unlikely source Jawhar Sircar, CEO of the much-empowered Prasar Bharati. He has acknowledged that certain portions of a Doordarshan interview with the BJP leader Narendra Modi were “apparently edited.” This was seen as an “indirect pointer” against the Information & Broadcasting minister Manish Tiwari for not allowing the continuously-desired “autonomy” to  the public broadcast.

The structure of Doordarshan, its potential and its influence, is such an enormous subject, that at least for me, it defies comprehension or a quick fix. Unless there’s a determined  resolve to rationalise the overloaded sack of structures under the I & B ministry.

Incidentally, I’ve seen an earlier I & B minister, sift through Doordarshan news content for approval. And this minister was a very well-meaning and learned one. Still, just one moderately critical news report was instantly excised.

Over to the film industry, now. It has constantly demanded relief, particularly in the heavy entertainment tax levied per ticket. Excise duties and assorted licences have also been discussed, debated but never redeemed. Every year, the national budget evokes, at most, disappointment and carefully-worded reactions. After all, no one wants to ruffle the thick feathers of New Delhi ministers, secretaries and under-secretaries. 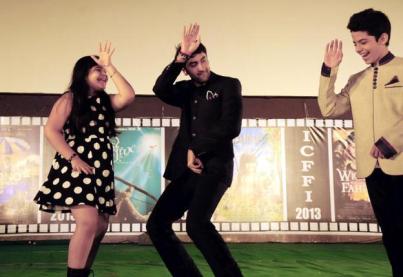 Ranbir Kapoor at the Children’s Film Festival, Hyderabad in 2013 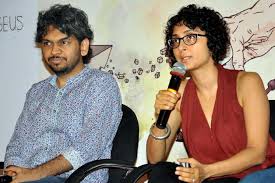 Anand Gandhi, director of Ship of Theseus, with Kiran Rao in 2013

Ranbir Kapoor at the Children’s Film Festival 2013 in Hyderabad; Anand Gandhi, director of Ship of Theseus, with Kiran Rao at a press conference in Mumbai to announce the film’s release in 2013

Ask any Mumbai filmmaker about the central government’s policy towards the entertainment sector, and you’ll either draw a blank or remarks to the effect, “But you know how it is in Delhi. No point getting into all this.”

Also, only a few filmmakers appear to canvas for a re-look at the film policy. Delegations, with the same members, have come and gone from Mumbai to Delhi and back, striking up wasteful expenditure in air tickets and hotel stays.

Quite quixotically, the burden imposed on filmmakers could be seen as a paradox, what with more movies toting box office collections of Rs 100 crores and much more. If Mumbai’s show business is making hay, the sun must be shining upon it, right? Bollywood can take care of itself, is the abiding mantra, what isn’t taken into account, is that the burdens stall independent filmmakers, experimentation and formula defiance. If they aren’t blessed by names with strong market equity – like Ship of Theseus supported by Kiran Rao/ Aamir Khan , and Stanley Ka Dabba and The Lunchbox asterisked by Karan Johar – it’s mission, near impossible.

The PVR corporate is often cited as a unit to go to, when theatrical release is impossible for a small film. Whether this has worked or not is an abstraction right now. Some filmmakers have stated that their films were at least seen by a select audience but that’s it. Meanwhile, the fact that there was a government-backed Akashwani auditorium in Mumbai way back in the 1970s, has been erased from the memory files. 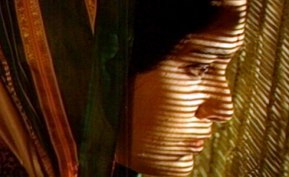 And lore has it that once the government sincerely meant to encourage ‘better cinema’ (read, non-commercial cinema) which led to the founding of the Film Finance Corporation – FFC – now known as the National Film Development Corporation (NFDC).  The corporation funded films by Satyajit Ray, Mrinal Sen, Mani Kaul, Kumar Shahani, Kundan Shah and Shyam Benegal, to cite only a few examples. Its library of films is a virtual treasure house.

The NFDC could once again  be in the vanguard of the parallel cinema movement for sure. Clearly, it warrants as much of a redefinition, as our other government film-related bodies do. Take the Films Division – does today’s generation even know what it does and why on its sprawling campus on Mumbai’s prime real estate property Peddar Road? It no longer makes newsreels, which is a pity, because the most valuable visual chronicles of the post-Independence era were thanks to the Films Division.

And the Children’s Film Society of India –also lodged within the Peddar Road campus – has witnessed its fast-rotating chairpersons throw their hands up because of that killer phrase – “lack of funds”.

If these film bodies are not up to much besides the tokenism of organising festivals, scrap them, please. Only then can a hundred flowers bloom.

And I’m not even going into the zone of  the New Delhi-centred Directorate of Film Festivals, which has been curiously split into halves, one responsible for the annual Goa international film festival and the other, responsible for sundry matters including the National Awards.

As for the Central Board of Film Certification, its policies and rules are like roulette: you might win, you might not. Oddest of all are the kissing scenes and abusive language, you still aren’t sure if they are permissible. Nudity, hey, don’t even think about it.

Have I omitted any other wing of the government film bodies? I’m sure I have. I haven’t delved into what the elected MPs from the film enclave do – if anything at all —  for the profession which is their very raison d’etre. That’s another story altogether. Believe me, the scenario’s as dense as a Kafka novel.

Someone should try to understand it and I dare say,earnestly strive to set it right, whatever the pitch and priorities may be of the government that’ll be elected soon.