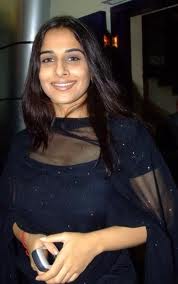 Vidya Balan after the release of Kismat Konnection. In this final part of the Vidya Balan series, we will tell you the reasons behind those dark circles. Read on…

Vidya Balan may have put the episode behind her and will perhaps never talk about it. But the rejection on a personal level almost threatened to kill the person inside her. This for the first time one saw her trying to fit into a mould that was not her. A time when she stopped smiling! It was a little difficult to digest that someone like her — who took on the whole world a couple of years back — was breaking from within as she could not get that one approval she craved for. A relationship that drove Vidya up the wall, but left her with an invaluable (and oft-repeated) lesson in relationships — if somebody loves you, he/she will love as you are and not try to change you for the person you are not.

Yes, we will talk about the rocky patch that she went through while dating Shahid Kapoor in her head. It’s a relationship that’s been reported widely, and some of it authenticated by common friends of these two stars. But finally, only the two know the reality that transpired between. I am sure Shahid has a different version to offer, which I’d gladly put up if he’s willing to talk about it. For now, let’s move on to the love story that was never meant to be a love story in the first place.

Love is blind
Before we read more, let’s watch a film’s trailer which will perhaps go down in history as the only film that starred Vidya Balan and Shahid Kapoor. The film was titled ‘Kismat Konnection’ and Vidya had neither any Kismat nor any connection with the film.

Vidya and Shahid met on the sets of Kismat Konnection. The interesting thing about Shahid is that he comes across as a very good-natured, shy and soft-spoken guy, talks well and has an impeccable sense of style. Besides, he had the biggest quality of them all — he is not married! It was easy for a girl to get impressed with someone like him. And Shahid has dated some of the best girls from the industry and continues to do so, though the length of his romances have reportedly become shorter by the year. Vidya was charmed, but one cannot say the same thing about Shahid though, but it was clear that he never dissuaded her. Vidya fell deeper and deeper into an illusion of believing that she could marry someone like Shahid. Some pesky journalists like us always kept a tab about the happenings on the sets even though a large portion of it was shot abroad. And we learnt that while Vidya was neck-deep in Shahi-love, one could not say the same thing of object of her affection.

Here are a few pictures of Vidya Balan and Shahid Kapoor during ‘those’ days when she was dating Shahid Kapoor.

The first love tips
As expected, the love story soon made its appearances in tabloids and even a few magazines at that time. Few days into the shooting of the movie, reports started filtering about Shahid doling out acting tips to Vidya. One of the unit boys told me how Vidya would meekly follow Shahid’s acting tips. The initial acting tips soon started sounding like ‘orders’ from the hero. Vidya like a woman deep in love kept on letting Shahid have his way. Make no mistake, the script was there, the director (Aziz Mirza) knew what he wanted, but the ‘creative inputs’ from the hero never stopped coming. Vidya should have perhaps put her foot down there but that somehow never happened.

Vidya was never good enough for Shahid
Then came a time when Shahid told Vidya that she looks like his mom or something to that effect. Vidya had a particular look for the film — western clothes, short hair, knee-length skirts — which she thought would match Shahid’s image of a young loverboy, but Shahid kept on nagging on how the two did not look good on-screen and that Vidya looked older than him. There were talks about the dress designer (I think that was Shabina Khan) making her look much older than her age. Later after the release of the film, these were the exact points that the film critics would use to tear the film apart; it hardly got a positive review. In hindsight, what Shahid pointed out the right thing, but the problem lay in the fact that he reportedly kept saying the same thing, day in and day out. And Vidya never said a word back. No efforts were made to find a solution and right the wrong. All through the episode, it was the woman who faced the brunt, but Vidya was too in love to realize the effects it had on her.

Even the publicity of the film started portraying Vidya in a bad light which never helped the film either. Here is a picture where some of the photographers took advantage of an innocent Vidya trying to show off her dance moves. You can see where the photographers are focusing. The next day these unflattering pictures were splashed across. 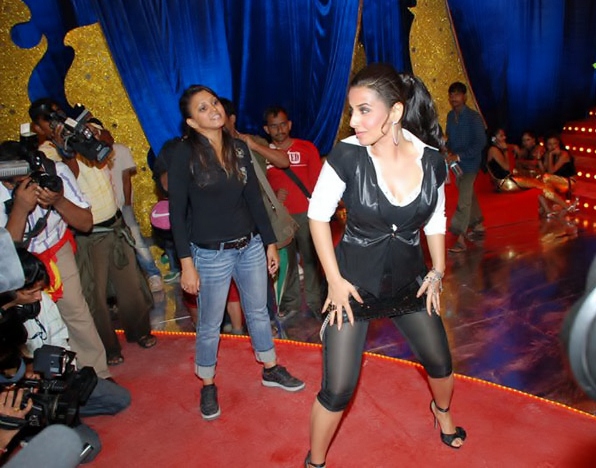 The film bombs as well as the love
As luck would have it, Kismat Konnection bombed at the box office and critics tore into Vidya like a lions having gone without food for days. One of the critics was rumoured to be Shahid himself, who said that Vidya looked so fat and down-market that he knew that the film would bomb. Grapevine also stated that he also blamed Vidya’s lack of rhythm (while dancing). It was at this point, Vidya confronted Shahid about the problems he had with her, despite the efforts she put she never seemed good enough for him. Her friends say that while Vidya kept on sobbing, she got another lecture on how to become a better actor and a dancer. All the incidents might have been brushed as rumours had not Vidya come on record in an interview saying how her former boyfriend made her feel like a doormat.

The loneliness of love
The phase was her darkest period ever in Vidya’s love life – lonely and broken from inside. Everybody noticed how she had such deep dark circles around her eyes that no amount of make-up could hide it. But then the tide turned and something called ‘Kismat Connection’  happened and notable films like Paa happened. Suddenly, Vidya started climbing the charts with hits and meaningful films, while her former boyfriend never managed to dance into the audience’s hearts again (we hope that it changes for the better now). Vidya not only found more meaningful films, but also love and now she’s happily married to SRK aka Siddharth Roy Kapur. But I will not go into it because those are the notes of successes and it rightfully tastes sweet when one has gone through trials of fire.

Before we leave here is a video from Kismat Konnection. This song was the last song to be shot. Notice how the camera tries to avoid Vidya and concentrates on Shahid Kapoor instead.