Pakistani celebrities miss no opportunity to pontificate on how to deal with sexual harassment cases. Their entertainment websites are filled with reports about the developments regarding the #MeToo cases around the world.

But it’s just the opposite picture when it comes to their own #MeToo cases.

The Pakistan film fraternity has shown complete disregard to recognise the harassment case filed against their star Ali Zafar.

During April 2018, singer Meesha Shafi said that she was sexually harassed by Ali Zafar. 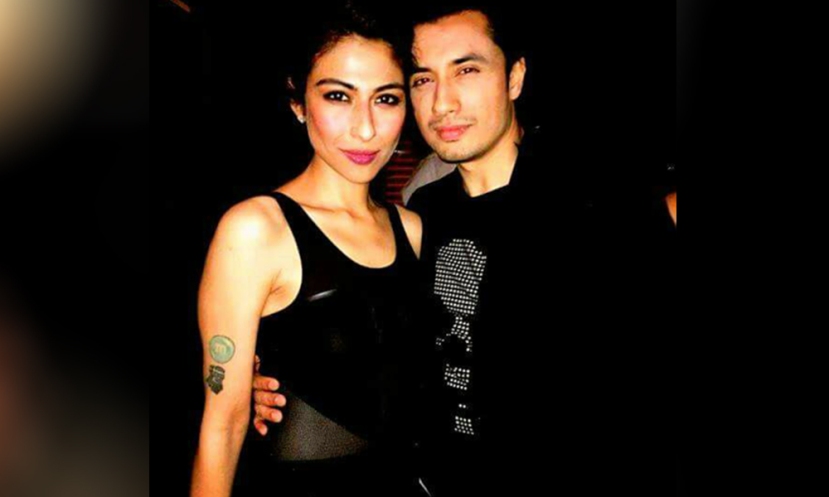 According to the Tribune Newspaper of Pakistan, the mother of two took to Twitter to share her experience. Shafi stated that she was sharing her story because she feels that speaking about such issues will break the culture of silence.

In a photo uploaded on Twitter, the singer wrote, “I have been subjected to sexual harassment of a physical nature at the hands of a colleague from my industry: Ali Zafar. These incidences did not happen when I was young or just entering the industry. This happened to me despite the fact that I am an empowered, accomplished woman who is known for speaking her mind! This happened to me as a mother of two children.”

Sharing this because I believe that by speaking out about my own experience of sexual harassment, I will break the culture of silence that permeates through our society. It is not easy to speak out.. but it is harder to stay silent. My conscience will not allow it anymore #MeToo pic.twitter.com/iwex7e1NLZ

Meesha, who is also the brand spokesperson for L’oreal Paris, also mentioned that this has been a very traumatic experience for her and her family. “Ali is someone I have known for many years and someone I shared the stage with. I feel betrayed by his behaviour and his attitude and I know that I am not alone.”

Ali responded by denying the allegations and lodging a case of defamation against Shafi.

While the most high profile #Metoo is in motion, one expected a little restraint from the film fraternity in Pakistan. But no, the Pakistan Lux Style Awards (LSA) announced that Ali Zafar is nominated as a recipient of the Best Actor Award in 2019.

The reaction from a section of Pakistani celebrities was of shock.

Celebrities and award recipients of Lux Style Awards in Pakistan walked out the event to protest the inclusion of Ali Zafar. In reaction, the organisers issued a shocking statement saying that they are not concerned with the Metoo cases in Pakistan.

This reaction and statement is being seen as a body blow to the #Metoo movement in Pakistan which is already rated one of the worst countries regarding the safety of women and Women’s Rights.

Daily Times, Pakistan reports that it all began when model Eman Suleman made the announcement on her Instagram account. “The 27-year-old Pakistani model took a stand against an alleged sexual harasser, who was also a prominent nominee at the award function,” the newspaper reports.

Here is the video.

Not to rain on anyone’s parade, but this, just, isn’t for me. I’m sorry, even though I shouldn’t have to be. Maybe I’m not. I don’t know. Also, I didn’t even send in my portfolio. I have a very tough time pronouncing the word eye. What a behuda accent, btw.

Few days later, it was the turn of Meesha Shafi who bowed out of the event with a Twitter post.

Next was the famous Pakistani director Jami, who didn’t just drop out from the award show, but also dumped away the three LSA awards on the road in protest. He also posted it on social media.

Lux Award for Best film Moor is now on the road outside my gate. We believe and stand by our Women stories! @Unilever @LeenaNairHR pic.twitter.com/lUwJUmaXq0

After this the trend caught on in Pakistan and as per last reports almost nine celebrities have opted out of the event.

Here are some of the names who have withdrawn their names (the list is still being developed as more people come forward and cancelling their appearances). They are: Eman Suleman, Meesha Shafi, Rubbab Ali, The Sketches, Generation, Saima Bargfrede and Fatima Nasir.

Let’s hope that these so-called celebrities in Pakistan clean up their own homes before lecturing others outside their country.