Note: Spoilers ahead, don’t read if you haven’t watched the film ‘Sanju’.

It is true that several newspaper and media reports [1] have inferred that there’s a particular scene in ‘Sanju’ where Sanjay Dutt is shown meeting Atal Bihari Vajpayee.

I am taking off from there assuming that the media reports are true considering that nobody from team of ‘Sanju’ has refused, rebutted or clarified about those reports.

I find it extremely surprising that ‘Sanju’ which attempts to teach journalism to journalists and in the end, shifts the entire blame on the media, has allegedly produced a caricature of Bharat Ratna Dr. Atal Bihari Vajpayee in the film.

Just like a ‘question mark in the headline’ (which the film rants about towards the end to show how Sanjay Dutt was maligned by the press), Rajkumar Hirani too lets a question mark hang in the minds of the audience while depicting Atal Bihari Vajpayee in the film, ‘Sanju’.

When the film released, Dr. Atal Bihari Vajpayee was in no position to defend himself as he is still battling kidney tract infection, chest congestion, urinary tract infection [2]at the AIIMS Hospital in New Delhi.

This is former Indian Prime Minister Atal Bihari Bajpayee, a poet, a romantic and even regarded by the opposition parties in India as one of the greatest statesman India has ever seen.

There are criticisms around regarding his political decisions and methodology by the Opposition political parties in India but everybody agrees that he is a patriot to the core and one of the few political leaders who had an unblemished career record as a political leader.

Dr. Vajpayee is 93 years old today and has retired completely from active a political life which has spanned for 63 years (from 1942 to 2005)!

He is also known to have steered the country through its most difficult phases.

Not only the 1993 serial bomb blasts in Mumbai, his tenure as the Prime Minister of India saw Pokhran II tests, Lahore Summit (which Parvez Musharraf used as a distraction when his army was preparing for the Kargil war), Kargil war, the hijack of the Indian Airline plane IC 814 (which resulted in the freedom of terrorist and Mumbai terror attack mastermind Masood Azhar), 2001 terror attack on the Indian Parliament, 2002 Gujarat riots etc. These were the main challenges that he had to deal with. There were several smaller issues that he had to deal with constantly. But he had always the national interest and the people in mind while he dealt with his crises.

During the 1993 string Bomb Blasts in Mumbai, Atal Bihari Vajpayee was one of the most influential politicians in India but he was not holding any constitutional position.

Sanjay Dutt probably visited him to seek his support in pursuing the authorities to drop the terrorism charges (under TADA) against Sanjay Dutt.

The meeting between Vajpayee and Sanjay Dutt probably took place in 1995 when Vajpayee was the leader of the opposition and it was public knowledge that he might be the next prime minister as India would go into general elections in 1996 (in which BJP’s coalition parties ultimately won and Dr. Vajpayee became the PM).

So, it made huge sense to seek support of the next prime minster of India and convince him to control the law enforcement which was acting tough on Sanjay Dutt. The government (Union of India and State of Maharashtra) was fighting hard to prove the terror charges against him in court at that time.

The meeting must have been a big disappointment for Dutt as there are no reports of Dr. Vajpayee publicly supporting Sanjay Dutt or Sunil Dutt in the matter.

So, we can safely say that though Dr. Vajpayee must have extended courtesy to Sanjay Dutt as the son of a opposition leader (Sunil Dutt was a Member of Parliament from the Congress party) but he refused to extend support to him to exonerate him of the terror charges. 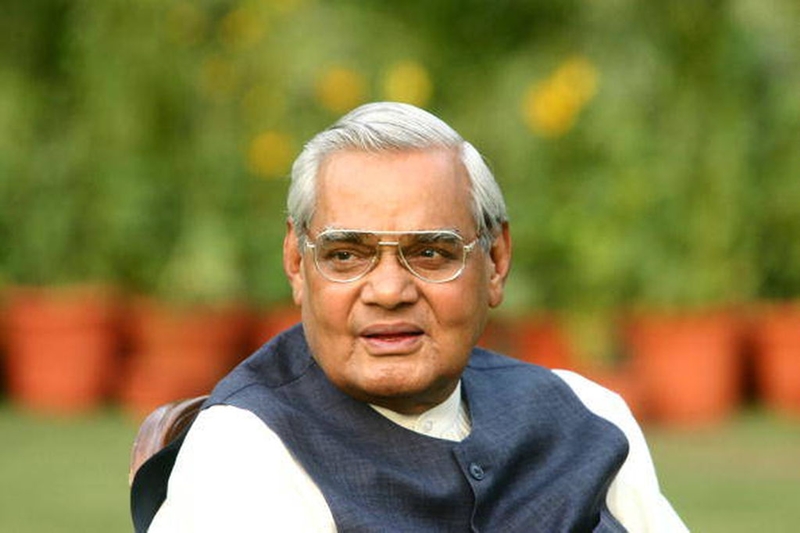 Now let’s see how was Dr. Vajpayee portrayed in the film ‘Sanju’.

In the film, Dr. Vajpayee’s name is not taken (yes it hangs like a big question mark). Sanjay Dutt is shown meeting the leader in private where no one else was there other than his friend Kamli. The character shown in the film dresses like Dr. Vajpayee, looks like him and talks like him too.

Dr. Vajpayee is shown dozing off through the meeting, and doesn’t hear what Sanjay Dutt is telling. The character is a caricature and the scene is meant as comic relief (in screenplay terms), which means it is aimed to make people laugh.

In the scene, a sleeping Vajpayee wakes up again and asks him the question, which goes like, “Kaise Aana Hua”. (Translation: How have you come). To this Sanjay Dutt sarcastically says, “Plane se Aana Hua, Swimming Karke Wapis Jaunga”. (Translation: I have come by a plane and will go back swimming).

(I don’t remember the dialogues correctly, please help me with the exact dialogues in the comment section).

The whole dialogue is delivered in a mocking tune as Dr. Vajpayee is shown to get up from his seat, muttering something under his breadth (he repeats the same dialogue, as if he is sleeping while standing).

The narrator then says that it was not clear whether Dr. Vajpayee refused to help him or avoided him or he was sleeping throughout the meeting.

Though the meeting never took place the way it was described, but it is true that Dr. Vajpayee refused to help him.

If you try to know the history of the 1993 string Bomb Blasts in Mumbai[3], it won’t be difficult for you to understand why Dr. Vajpayee refused to help Sanjay Dutt.

Here’s a newspaper front page a day after the blasts.

Yes, 200 people died immediately, 57 more died later. More than 1400 were injured as shrapnels from from 12 cars RDX laden cars hit them. The 13 coordinated blasts were the only such kind of terrorist attack on any country in the world.

The prime engineer of the blasts was a terrorist called Ibrahim Mushtaq Abdul Razak Nadim Memon (known as Tiger Memon among terrorists). He never returned to India and escaped to Dubai just before the blasts. His brother Yakub Memon was arrested, found guilty and hanged at Nagpur Central Jail. Four other members of the Memon family (who were arrested by the CBI on their return to India) were convicted of terror charges.

Many gang members connected with the blasts were eliminated by gangster Chota Rajan allegedly with the tacit support of Mumbai Police.

Remember that it was 1993 and till date, such a terror attack remains unheard of in any country across the planet.

For a full description of the terror attack, you may read a recent by account [4] by Shekhar Gupta who covered the bomb blasts himself.

The film ‘Sanju’ says that Tiger Memon was angry because his office was destroyed in the 1992 riots and hence he engineered the mayhem on innocent civilians of Mumbai.

That’s all a false narrative.

Every historian and journalists know that the blasts were masterminded by Dawood Ibrahim who was aptly funded by Pakistan’s ISI and their affiliated Terror Networks. Tiger Memon was just the man who gave shape to the terror blueprint and then escaped to Dubai like a coward. He now reported to be in Pakistan.

The terror act was carried out to weaken India and create a fault line between Hindus and Muslims who were already rioting against each other for one year.

Here’s a shot of the destruction that the 1993 serial blasts [5]caused. 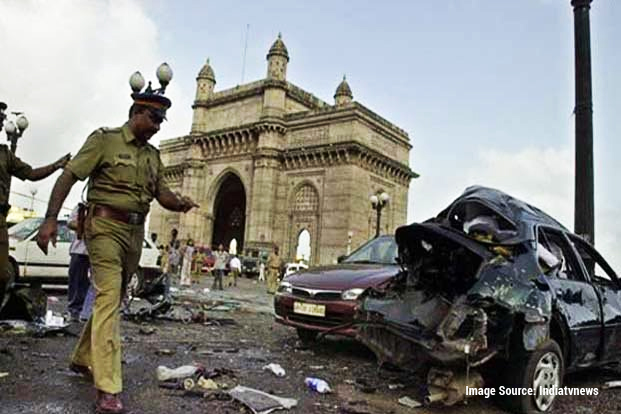 Now compare with what was happening at the country at that time and think about what Atal Bihari Vajpayee did when Sanjay Dutt apparently went to meet him for support.

Would you support Sanjay Dutt if you were to be the next PM of the country which was going through a crises like this?

Yes, your answer was Dr. Vajpayee’s answer. However, according to the film, he was civil and courteous and politely got up from the meeting and left.

Here’s a video of one his speeches, take a look yourself.

This was delivered in the Parliament just after Pokhran II nuclear tests.

Today Dr. Vajpayee is not there to defend himself.

I see very few people raising an issue with the way he was depicted in the film.

But here I am, raising my voice at the way he was shown as a caricature.

Of course, the everybody will say that the film doesn’t take his name and it remains as a question mark in the minds of the audience.

To that, I will say what Paresh Rawal (playing Sunil Dutt) told the newspaper editor, “Next time, please have the guts to remove the question mark.”

At the end, I am sad and outraged.

Some people are saying that the person depicted might be HD Devegowda or PV Narasimha Rao.

Let us clear the doubt once and for all. The film clearly mentions that ‘Sanju’ met a very influential politician at the national level in Delhi (who could save him from the case) by taking his case up as an issue.

Hope the confusion has been cleared.

The answer was written in response to a question by a common user on Quora.