The one who should not be named! 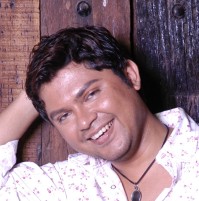 White was his favourite colour. “It denotes peace and serenity,” he would say. Today he was dressed in white, rather wrapped, waiting in the queue to be engulfed by the holy fire.

My friend, Joy, thought the world from the 22nd floor of his building looked better than the one where he dwelled which didn’t accept him. He was the most cheerful guy in our batch, much like his name. The chiselled jawline and perfect V shaped figure was something we boys envied. Of course he had all the female attention he ever needed. He had innumerable female friends, but his love life always remained a secret.

We in our hearts knew that he had a Cinderella hidden somewhere in a tower tucked away.

However a decade later when I saw his “In a relationship with Rajiv” Facebook status, his aloofness from the female gaze became quite evident. Yes, I understood. I didn’t question, I didn’t judge. I was happy that he finally had the love of his life by his side. Happy that he had the courage to step out of the closet. But ‘I’ don’t make up the society.

Joy was brave. He fought. He explained that love sees no boundaries, caste, religion or gender. It just happens. None understood. Those below the breath giggles. Those unwanted stares. And the distance society created from him pushed him all the way down to the cemented pavement.

Homosexuality is a sneering issue in our country. We joke. We stereotype. Unconsciously we push many Joys to the death valley. Yes, suicide is an act of cowardice. But let’s just ask ourselves, “Do we leave them with any choice?” “Is it just to force them in a ‘normal’ conjugal life and demand kids?” Them and Us. They are offenders. Why? They loved beyond gender and we are still blindfolded with the norms of the society.

Today when a fashion designer from B-town steps up and states his orientation or a blockbuster director calls himself Unsuitable, the media turns bonkers and there’s an upsurge to abolish Section 377. IPC Section 377 is an infringement of human rights.

Every individual can choose what he or she wants in his life. Be that his career or sex life. We ‘normals’ need to show the support not only to the starlets but also to our very near and dear ones who deals with a lot every single day. Our country doesn’t approve visas because they cannot let a homosexual couple visit the country. Defies Indian laws and heritage they say.

Seriously? Its high time the law makers take a look at the ‘rich’ history of India where kings had men to provide them pleasure. Flipping the pages of kama sutra too will show them that what is considered as unnatural sexual indulgences was something regular in our past. The past we boast about.

But India has ‘values’ to preserve. Values that let juveniles walk free after raping a girl (The sewing machine will surely help him rectify himself.) Values that let men manhandle their wives. Values that screams out loud that it is always a girl’s fault. Very rich values indeed. They do need protection!

Hey, hold on. Before you judge me and cops come to arrest me, let me clarify, “I am not anti-national.” I stand up for the national anthem at the theatres and also shared the picture of the website with Indian flag slippers demanding justice. (Apparently these are the yardsticks of judging ones love towards the nation!)

And as an Indian citizen with the fundamental right of freedom of speech I question, “Why section 377?” Why no GAY rights? Why would anybody be concerned what two consenting adults are doing behind closed doors? Isn’t there already too much on the plate that needs immediate attention?

Well, dear readers this might be my last article that I pen sitting in my sea view apartment sipping my latte. “Why?” you ask. I just spelt and supported Voldemort at Hogwart! I said Gay rights in India!