By Smita Sarkar
From The London Indian Film Festival 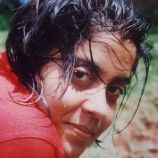 Cleanliness is Godliness – so they say! To an obsessive compulsive disorder patient, though, cleanliness is anything but.

The London Indian Film Festival showcased a powerful Sinhalese film on this mental illness – Dirty Yellow Darkness. It is a true story based on the life of its co-director, Vinadana Ariyawansa an OCD sufferer himself.

The film stood out for the brilliant performances of Shyam Fernando’s natural portrayal of the condition that could have been easily over-exaggerated or overdone. The story was woven well, and brought out the different shades of the mental condition.

“It was a complicated story, and the challenge was to turn it into a movie the audiences could relate to without getting bored,” said Kalpana. “People do not know much about OCD, so it was a huge responsibility to send the right message across.”

The movie is a love story about a successful advertising professional Vishwa, and his beautiful wife Samadi. He suffers from severe OCD that his own urine is contaminating everything around him. He leaves the office to take a shower every time he needs to urinate. He dreams of wetting the bed and burns the mattress.

His wife tries to support him, but suffers silently and moves out to live with her family. Vishwa looses his job and descends into a life of loneliness and drug abuse for a while but jerks out, and admits himself into a mental asylum to fight his inner demons and get his wife back.

A still from Dirty Yellow Darkness. The hero of the film grapples with an Obsessive Compulsive Disorder

It ends beautifully when Vishwa meets his wife at a restaurant and after their lunch he tells her he needs to use the washroom. Samadi wants to drive him home, but Vishwa insists on using the public toilet. Samadi waits patiently for another erratic outbreak, but Vishwa walks out normally and sits down to join her on the table. Samadi decides to go back home with Vishwa, when she realises that he is on his journey to get cured.

“This is a very personal story for us and our family. The film is an accurate depiction of OCD because my brother suffered from it,” says Kalpana.

“The film was shot at the government’s National Institute of Mental Health and we expect the support of the Health Ministry when we release the film in Sri Lanka. This film promotes mental health and deals with the taboo subject in a positive manner,” he says.

The film will be shortly released in Sri Lanka and Kalpana is hoping for government support in distributing and promoting this issue-based film.

We wish him well in his journey, and a speedy recovery to Vindana, who is undergoing therapy but practically leading a normal life. The movie is a living testimony to that.

The London Indian Film Festival, described as Europe’s largest Asian film event, is branching out to Birmingham this year. Cinemas and venues across the city will be hosting film premieres alongside screenings of specially-selected work from a number of acclaimed directors and producers from South Asia.

The Midlands Arts Centre and Cineworld Broad Street will host screenings as part of the growing film festival. Organisers say they included Birmingham in their line-up because of the city’s cultural vibrancy. The festival will run here from the 14th to the 24th July, 2016.