True confession: Kabali is the sort of film which is immune to criticism, whether the review is topped by five or by zero stars.

Not that criticism can ever make or break a film in any case, and especially when it comes to a personage of mythic proportions. And there’s no arguing that the 65-year-old, ever congenial and messianic Rajinikanth has preserved a loyal fan following which can see him doing little or no wrong. Sure, not all his films have clicked (example: Lingaa) but that hasn’t subtracted his drawing power a jot.

Indeed, the great expectations from Kabali have busted the stratosphere. BBC News online has gone to the extent of reporting, “Businesses in southern India have given their employees the day off on Friday, so they can attend screenings of a new Tamil film starring Tamil cinema superstar Rajinikanth. They say it is to avoid people calling in sick, turning off their phones or simply failing to turn up for work.” Zowie!

So, there I’m feeling blessed to actually snag a multiplex ticket on the first day. Before the event kicks off, a Whatsapp message on my cellphone wisecracks, “Rajni sir was shot today…tomorrow is the bullet’s funeral.”

Shut up already, I hiss to myself, let me watch the film objectively. Mission: Impossible that, but let me try.

Directed by Pa. Ranjith, Kabali commences with a Mr Kabaleeswaran (you jolly-well-know-who). The benevolent gangster is being released from a Malaysian prison after a quarter of a century. A crusader against racial injustice – an inadvertent allusion to Nelson Mandela maybe – the vanilla-bearded man is out to begin a new innings. Which means an emotionally wrought reunion with his wife (Radhika Apte) and daughter (Dhansika). Wife is an epitome of resilience, daughter is a gun-toting emblem of no-nonsense.

But since life’s no bed of guns-‘n’-roses, the released duper-superhero is updated that a rival mob has only gathered strength during his absence. Unchecked flesh trade and drug running more horrifying than what you might have sampled in the TV series Breaking Bad, have become as commonplace as flat noodles in Malaysia.

Moreover, something must be done and pronto to improve the conditions of the oppressed Tamil settlers in the federal constitutional monarchy of Southeast Asia. Now, how politically correct is that!

Erm, the plot is papadum thin and as old as the hillocks. Every scene can be seen approaching from a mile. Ditto the flamboyant introduction entry, slow-mo embellishments and a flashback to rekindle Rajini sir’s ever-verdant élan. Frankly, you rah-rah his classic mannerisms – a casual ruffle of the hair, topsy-turvy action tricks, astounding moves to jhinjhak music, a pearly grin which could still slay a thousand hearts, all of these topped by physical agility which could outclass an Olympian gymnast’s.

Age hasn’t diminished his allure. Neither has there been a twist of sobriety, especially vis-à-vis his in-your-face costumes, be it a retro three-piece suit or at one point, a Versace-like shirt. Mercifully, sir can carry off the cheese-on-toast without adding alarmingly to your cholesterol levels. BUT he’s not as much as ease with the strident direction, lapses into a sluggish tempo or the aww-so-predictable script material.

Result: towards the movie’s mid-action, the events drag like a cigarette dampened by rain. 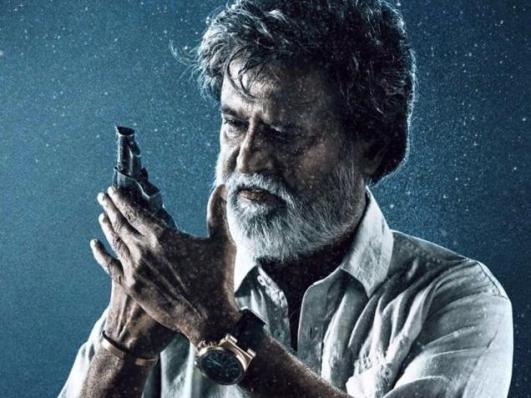 The film’s pitch is a combo of what is usually described as “action and emotion”. Now if you don’t lapse into a doze-fest, it’s simply because of Rajinikanth’s style and stamina, which make the rankly absurd seem believable as it did in Enthiran (Robot). While Enthiran had the novelty of far-out special effects, Kabali is just the same old, do-gooder Godpapa refried. And nope, the extensive filming in Malaysia doesn’t do wonders for the film’s visual appeal at all.

On the positive side, Santhosh Narayanan’s music score is zingy, especially the number Neruppu Du. As for the action combats, with the exception of the one at the outset and another shot in Puducherry, they’re strictly run-of-the-mill.

Both Radhika Apte and Dhansika are first-rate, the caboodle of villains less so.

And Rajini sir is of course, Rajini sir, his screen presence is turbo-charged. Don’t you dare even think of any acting chops of the text-book kind though and you won’t be disappointed.

All seen and heard, Kabali is just a half-a-notch-above-average cinema as you might confirm with the star ratings above. Without Rajinikanth, it would have been next to nothing.

Unsolicited advice: See it only if you are a Rajinikar.

Original Link of the review