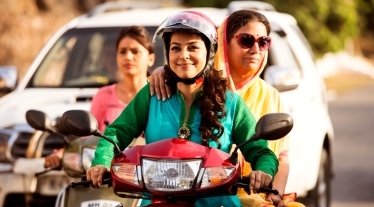 It goes without saying that when you have names of such acclaimed actors in the credit list of a film, the hopes and expectations are bound to be high. Whether the film lives up to those elephantine expectations is the million dollar question. Unfortunately, this film doesn’t. Having said that, it is really good in parts, but there are scenes which compel you to believe that the director lost the plot and how!

The film was expected to bring to the fore some evils of the education system of our nation and it does start on that note, but sadly ends up being a personal war of a school teacher or rather teachers with its shrewd and manipulative principal and evil management. An honest principal Indu Shastri (Zarina Wahab) is sacked and a teacher Kamini Gupta (Divya Dutta) is promoted as the principal, thanks to her closeness to the trustee (Arya Babbar) with their only goal being to transform their school and take it to an international level thereby sacking old faculty and instead appointing new, young teachers at half their salaries.

The dirty game of harassing existing teachers begins and in one such incident, the oldest, 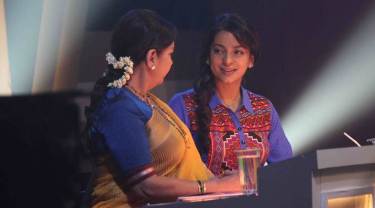 most competent and the most loved and respected mathematics teacher, Vidya Sawant (Shabana Azmi) is sacked on the grounds of being outdated, incapable and incompetent. Vidya who cannot take the allegations suffers a major heart attack. Her closest friend and confidante, Jyoti (Juhi Chawla), who is a science teacher in the same school, goes all out to support Vidya and their fight against the principal and management begins.

Now this is where clichéd Bollywood elements raise their ugly heads. With a caricaturist TV reporter Vaibhavi Thakkar (Richa Chadda) on their side decides to support them in their battle against injustice, a series of protests from children follows and this is where the film completely goes off track and loses the plot until Vidya and Jyoti decide to face the management head on and agree to participate in a quiz, winning which will not only help them win a whopping Rs five crore as the prize money, but would even ensure getting their jobs back with all their respect and dignity.

Honestly, the quiz show, hosted by Rishi Kapoor who plays himself, is the best part of the film. It’s not only engaging but even educative and informative and will keep you glued to your seats (if at all you haven’t walked out of the film already) till the end of the quiz (which is the obvious climax). The questions justify the prize money attached to them and actually add to our general knowledge in a beautiful way. How Jyoti and Vidya answer these questions looks very genuine and practical and do I need to say that they win the quiz and the Rs five crore prize money which they decide to use to build a school with.

The production value of this film is very poor and the direction goes haywire especially in the second half. The first half is actually better, engaging and entertaining. What make it a watchable affair though are some really good performances from the cast, especially Shabana Azmi who is absolutely terrific as a middle-class Maharashtrian woman and of course, Juhi Chawla. Shabana’s nuances, her body language, the stigma and dilemma she goes through after being unfairly sacked from the school and her expressions are fantastic and bang on! No one could have played the character better than her. Now I know why the director said that he wouldn’t have made this film if Shabana wouldn’t have agreed to be part of it.

Juhi Chawla too does a good job, despite being cast alongside a powerhouse performer like Azmi. Though she does ham and overacts in a few scenes, she suits the part perfectly. Divya Dutta as the over-ambitious, wicked, shrewd and manipulative principal does a very good job. However, the major problem is with her styling. Her ugly costumes and even uglier wig make her look more like a socialite from the 60s and 70s than a contemporary school principal. Well for someone who wanted to make her school contemporary and take it to the international level, she should have been the first person to resign! 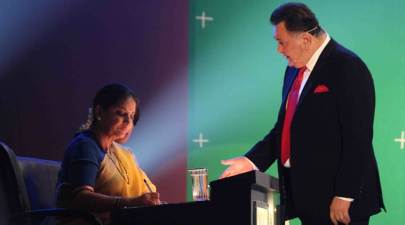 After Amitabh Bachchan as the wheel-chair bound chess player in Wazir, Chalk N Duster has Girish Karnad playing a wheel-chair bound chess player albeit someone who doesn’t have much to add to the story unlike Bachchan’s character who plays the protagonist in Wazir. The director could have taken anybody else in that role instead of wasting an exemplary thespian like Karnad in a character that doesn’t do any justice to such fine talent. Ditto with the character that Jackie Shroff has been cast in – the owner of a rival school who hardly has any scene or dialogue to add to the film.

This week doesn’t really come with options for cinegoers to pick and choose and are only left with a preachy film like Chalk N Duster to spend their money on. Go and watch it only if you are a Shabana Azmi and/or Juhi Chawla’s fan because their performances would definitely not disappoint you. Rest can wait for its satellite release which too wouldn’t be very far away.

Categories: Featured, Is the movie worth your buck?