Amitabh Bachchan: I haven’t heard about Snapchat yet

Yes. It was called Chess Player and he had narrated this idea to me 15 years ago. He wanted to make it in English but for some reason it didn’t get made and now he got this project together and we did it. 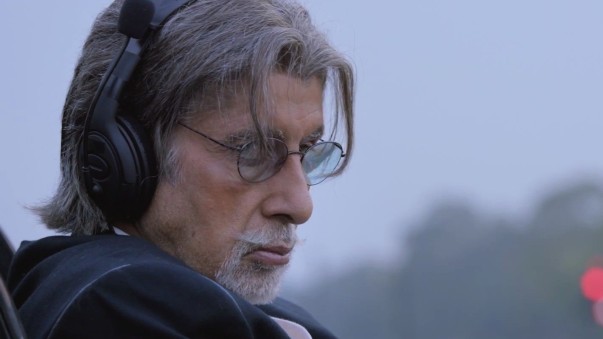 If at all he decides to make it in English, would you agree to be part of it?

Back then I would have been a part of it but I don’t think he wants to make it in English any more.

What kind of preparation did you do because the role is challenging in its own way.

Well other than the fact that I am moving around on a wheel chair in the entire film, there weren’t any challenges really. Most actors look for wonderful properties to be able to assist them in their performances and the chair was a wonderful prop. It’s wonderful that you can use that prop as a part of your act and character.

How is Bejoy Nambiar as a director to work with? This is your first film with him. He is young and he comes from a contemporary school of filmmaking.

He is young, very modern and very well equipped. He has already done two films and he has assisted Mani Ratnam. These are all his credentials. You move with time, with technology, thought process of a young filmmaker and it’s wonderful to live in their atmosphere. It’s always something new for me and I enjoy doing that. Working with him has been a great joy.

How much of a chess player are you in real life?

I used to play earlier but now I don’t. I have forgotten the game, but during the course of the film, we had to learn a few moves.

Your last few films have been drastically different from each other. Which of these roles was more demanding?

Every role that comes to us is demanding. To say a particular character is less demanding is not correct; at least for me as an actor. We put in effort to portray every character in equal amount. At my age, there are different kinds of characters you get unlike early years when I was playing the leading man. At best, you fought the villain and you got the girl in the end. That was our life in every film. But today we get various shades of different characters. You get to play a young 13-year-old kid, or a guy who is on a wheelchair throughout the film, you get to play a mad guy like Shamitabh. These are not leading men but the roles are very character oriented.

After Piku, you are shooting for your next film Teen in Kolkata. Tell us something about it.

I started my career in Kolkata. My first job was in Kolkata. I had spent eight years there and it was very nostalgic. Teen is one of the many films I have shot there and it’s always a joy to be there. The people of Kolkata are just wonderful and excellent examples of true passion; how they encourage the people is unbelievable. They have so much passion for whatever they like, whether its films or football or cricket. They lift you up with their passion and their love.

Nawazuddin Siddiqui is a great admirer of your work and he has come a long way after a lot of struggle. He is one of the best actors around. How was it working with him?

Firstly, it’s the other way round; I am a big admirer of his work. He had a very miniscule role, almost a passing shot in a film that Shoojit and I were doing called Shoebite. I was so astonished with his talent that I asked Shoojit where he got him from. I asked Shoojit to give him a bigger role and not waste him in smaller roles. Look how wonderfully he has reached here and now I am working with him in Teen and it’s a great honour for me.

Is it any different to work with actors who have been great fans and huge admirers of your work? Does it get awkward or amusing?

No, not really. Actually, this whole concept is wrong. If we are professionals, we go about doing our job professionally. Personal relationships don’t come in the picture. On screen, if I have to slap somebody I may be a great admirer of, I will do it. That’s what acting is all about. We are actors and we enjoy that. I am happy that I got to work with an exceptional talent like Nawaz because you learn something new from every new talented actor you work with.

I don’t know if it’s a barometer of success for them. The new generation of actors is exceptionally talented and I like them all. They are all wonderful actors. Everytime I see their work, I cannot resist myself from writing to them and telling them how much I enjoyed their work. I am happy they express themselves in the way they have to. This exercise of writing a letter or sending an sms after liking their work happens more often. These mediums were not available earlier but there were many people who would meet me and appreciate me for my work and there were times when we would exchange flowers or something. But I feel like writing to them so I do that. I have always been a great admirer of Dilip Sahab and I have a letter from him which I will always cherish.

What do you think about the new panel at the CBFC that has been set up by the government? 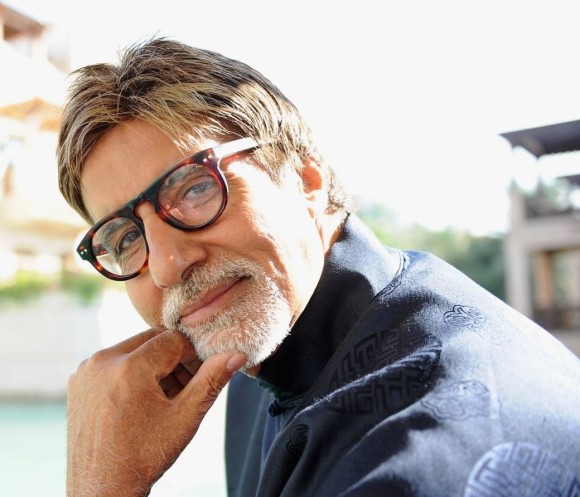 Your connect with your fans on Twitter and Facebook have been awe inspiring for many people. What amazes everyone is that how do you manage to take out time to connect with them despite such a busy schedule?

It’s simple. I finish my work and I start writing to them. I will finish this interview and I will write to them.

Any plans of making a debut on Snapchat. Many of your young fans are waiting for you to come on board.

Well I haven’t heard of it yet. This is the first time I am hearing of Snapchat. Let me see. When somebody brings something to me and if it excites me and I feel it’s worth doing then I do it.

There were reports that you were offered Dhoom 4. Are you going to be a part of it?

I am hearing it for the first time from you. I haven’t really heard or read about it.

And what about Robot2?

Well Shankar, the director of Robot had come to me during the first part and he wanted me to play the villain. So I called Rajini who said, “Sir, people will not accept you as villain.” So I said okay and didn’t do the film.

How has your equation been with Sanjay Leela Bhansali?

I call him a genius every time I see one of his films. It’s absolutely astonishing how he makes these films and he has a vision which is unbelievable. Every frame of his is a painting. I enjoy his work too much. Right from his first film Khamoshi to Bajirao Mastani, he has given exceptional cinema to the industry.

Is it true that you will be doing Aankhen 2?

Yes, I am doing Aankhen2 which will start in March (2016) and I play the same character.

This interview was taken before the release of Wazir