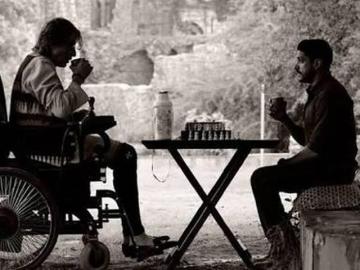 Firstly, let me be very honest about what I thought and assumed about this film before heading to watch it. Considering I haven’t ever played chess in my life and don’t know anything about the game at all, I thought I might not be able to enjoy the film which chess happens to be a very integral part of. But it’s such a pleasure to be proved wrong by a well made film with a fabulously engaging story and an equally brilliant screenplay apart from of course some fantastic performances by the cast.

Wazir is about an ATS Officer, Danish Ali (Farhan) who sets out to catch a most wanted terrorist, but in the bargain, accidentally loses his daughter in a shootout that follows between him and the terrorist. Soaked in guilt, Danish sets out to avenge his daughter’s death and manages to kill the terrorist who was responsible for the biggest loss of his life. However, Danish is suspended off his duty for having killed the terrorist who the government wanted to arrest alive. Danish’s wife Ruhaana (Aditi) too feels that it’s only him who is to be solely blamed for their daughter’s death and that leads to Danish attempting to kill himself.

However, he is saved by a stranger, Omkarnath Dhar (Amitabh Bachchan), a chess master, who Danish’s daughter used to learn the game from and who later becomes Danish’s best friend in the course of the film. Dhar, who too has lost his daughter, feels that the Welfare Minister of the state (Manav Kaul) is to be blamed for his daughter’s death. However, with absolutely no proof or evidence against the minister, there is very little that even police could do to help Dhar in his fight for justice. Unfortunately, his best friend Danish, who too is a suspended officer, is helpless and couldn’t officially help Dhar get justice.

Dhar decides to show his displeasure and protest by throwing a shoe at the Welfare Minister’s car which obviously doesn’t go down well with the latter and that results in Dhar being brutally attacked by a stranger who calls himself, Wazir. Danish now sets out on a mission to find and kill Wazir who, at multiple occasions, had tried killing Dhar. A few investigations lead to a box of unknown worms being unearthed that leaves Danish shell-shocked to say the least and another mission follows! How Danish manages to clear the confusion, solve the mystery, find Wazir and the mastermind behind him, and what happens to the minister is something you have to watch the film for! 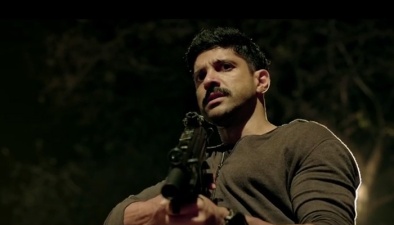 I will stop it right here or else I too might up opening the Pandora Box and reveal the suspense which might not go down well with you, my dear readers. Technically, it’s a strong film. Like I said earlier, the story is absolutely new and interesting, the screenplay is tight and crisp, exactly the way it should be for a film like this, the dialogues are impressive and the cinematography is lovely! Music and songs too don’t hamper the flow of the film.

Talking about performances, I wonder when Amitabh Bachchan will give us a chance to find a flaw or a fault in his craft. I guess never! He is absolutely brilliant and delightful as wheel-chair bound chess master. Maybe not with his performance, but I have one problem with the character though. How can a legless man drive a van is beyond me! Maybe director Bejoy Nambiar, who has otherwise done a fabulous job with his slick direction, could answer this and clear our doubts. Farhan Akhtar complements well and we would most certainly want these two powerhouse actors to collaborate more often and give us some character-driven and performance-oriented films to rejoice with. Farhan suits the character to the T and is brilliant as the ATS officer. 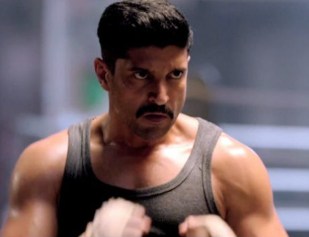 Aditi Rao Hydari looks pretty and has done a decent job. Manav Kaul, who plays the Welfare Minister has done a very good job and is one actor to watch out for. Hope he continues to get better roles and interesting characters as the man has enough potential to pull them off.

This one is surely worth your bucks and time. Do watch it and gift yourself a better cinematic weekend. See you next Thursday guys!

Till then, Hasta La Vista!

Categories: Bollywood, Featured, Is the movie worth your buck?