People who love watching suspense thrillers can definitely go and watch this one. It’s quite an engaging and entertaining film for this weekend. 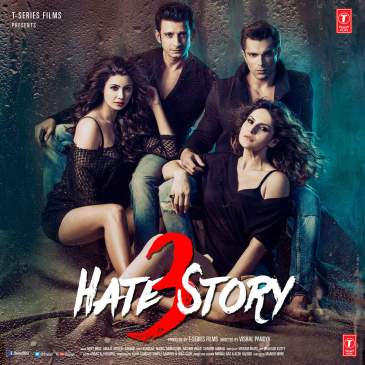 It’s tricky to make a suspense thriller, especially when you are dealing with the third outing of a popular franchise. Also, quite a few good films have catered to this genre in a brilliant way in the past. Hence, there was a big responsibility on director Vishal Pandya’s shoulders to deliver an interesting, engaging and entertaining thriller. Honestly, he lives upto the audience’s expectations upto a great extent.

The story is about a businessman who is a reigning entrepreneur, a tycoon of sorts (Aditya Diwan) who is taken for a ride by a stranger (Saurav Singhania) who is a filthy rich guy, so much so that he gifts Aditya a super luxurious car as a token of invitation for their first meeting. The stranger straightforwardly reveals his intentions of spending one night with Aditya’s wife, Sia (Zareen Khan), for which he is ready to pay Aditya a fortune. However, Aditya bluntly disagrees to his lecherous advances and doesn’t succumb to his super lucrative offer.

This is where Aditya and Sia’s lives take a turn for worse and the entire rigmarole follows. Saurav uses all his political connections and puts his manipulative mind at work to ensure that Aditya not only faces major losses in his business but his entire empire collapses like a pack of cards and he becomes bankrupt. Aditya thinks of a plan and recruits his sexy assistant to lure Saurav and get the secrets out of the Pandora box. However, Saurav is way more cunning, sharper and smarter than Aditya assumes him to be. 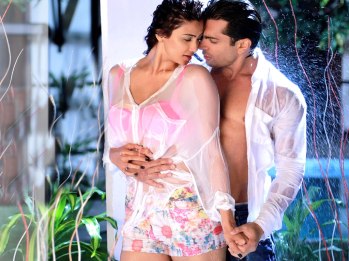 Further twists and turns follow after Aditya’s assistant is being murdered and Aditya faces charges of killing her. But being a smart business tycoon he is, he manages to escape clean of all the charges and is acquitted sooner than expected. However, what follows only lands him in further mess, way bigger and murkier than he had even dreamt of.

I will have to stop myself here or else I might just end up revealing the suspense and spoiling your movie watching experience. Looking at the interesting twists and turns, you might actually feel that Abbas Mustan have ghost directed the film. There is a sequence when you feel that the actual suspense has been revealed and it sounds so stupid to be the final suspense that you might want to either kill yourself or the director for believing that the audience could be so stupid. But wait… that’s not when the exact suspense is revealed. There is more to it than what meets the eye. The film definitely keeps you guessing right till the end when the actual suspense is revealed.

Performance wise, all four lead actors, Sharman, Karan, Zareen and Daisy have done a good job. Direction is applause-worthy. The only problem with the film or rather with such good suspense thrillers is the number of songs. Sadly, this film has many of them; more than the audience could bear while watching a thriller. Bollywood and its filmmakers really need to learn to do away with songs especially when it comes to this genre. No matter how good or bad a song, it definitely kills the thrill and excitement the film has to offer.

People who love watching suspense thrillers can definitely go and watch this one. I can assure you, you will not walk out of the theatres disappointed. Of course, being a suspense film, it doesn’t have repeat value, unless lust is what catches your attention in the film more than its edge-of-the-seat suspense. It’s quite an engaging and entertaining film for this weekend.