In keeping with the recent trend set by Finding Fanny, of using ‘F’ words (what were you thinking?), I thought it was appropriate to use it in my article for the week as well! The similarity though, ends there. What I intend to throw light upon in this article is as far removed in quality and content from that quirky gem, as inferior chalk is, to superior cheese.

The concept of finite fiction has recently begun catching on with Indian television audiences, and gathering some steam. As sitcoms in the west gave way to filmed finite series, our audiences also sought a different form of entertainment that at least tried to move away from jerky hand-held close shots done to jarring OTT music, of overly dressed gaudy scheming women, who have time to plot as if it were a profession. The US gave us the terrific 24 and the brilliant Breaking Bad. UK followed suit with what many including me believe to be among the best of filmed fiction yet – the sublimely sexy Sherlock.

ACP Pradyuman in the serial CID

Us Indians had to make do with episodic substitutes that were both cheap and devoid of even the merest semblance of a script. CID is one such fiction series that comes to mind. I know I will raise eye brows when I allude to it as a shambolic series, but truth be told, what started off years ago as a fairly promising premise, nose-dived like equity in a crisis. With the camera increasingly focused on disturbing close ups of a forever-perplexed ACP Pradyuman, with facial contortions that can put a jalebi to shame, the series has become increasingly similar to the masterpieces created by the Mithunda-Kanti Shah combination of yore, i.e. – laughable.

To be fair, we have had single-episode gems like Basu Chatterjee’s delightfully quaint adaptation of Byomkesh Bakshi, which also gave us the multi-talented Rajit Kapur. But sadly these have been few and far between. The fact of the matter is that when not engaged in watching glossy feudal plotting women and unshaven men in suits, we as Indians have had to turn to copy-cat versions of reality shows, indulging in their vicarious pleasures. The existing market for intelligent yet entertaining fiction with a definite end (therefore, finite fiction) has slipped unnoticed.

That was until Abhinay Deo (of Game infamy and Delhi Belly fame) came along. His Anil Kapoor starrer, the Indian derivative of 24 was a largely zippy affair. Written competently with commendable production values, the said series boasted a cracking ensemble of artistes, both in front and behind the camera. The plot while meandering in bits delivered as per promise capturing a late-prime time slot to good effect. This was a remarkable feat, given the challenges posed by the delicate balance one must tread – engaging an audience via a thriller genre over a period of 24 episodes while still keeping the pace manageable so as not to put it completely out of reach of an absentee viewer. Kudos to the team then. A slick job, executed in jhakaas style! 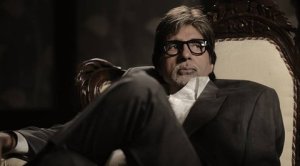 The second and most recent attempt at finite fiction – the much awaited Amitabh Bachchan starrer Yudh concluded recently. And thank the Lord it did! Calling it a monstrosity of a disaster would be grossly understating it. Backed by creative names of the pedigree of Anurag Kashyap and Shoojit Sircar, the series floundered from day 1, like an Indian test-eleven on a green deck. That the writers were novices, clearly using the “backing” of Kashyap and Sircar was evident to the daftest eye, as every aspect of the effort was hopelessly sub-par. Barring a few solid actors (notably the ever-reliable Zakir Hussain, the beautiful Sarika and of-course Kay-Kay), the support cast seemed like a bunch of college-kids rehearsing for a play. For once, even the legend hammed it up, the result being a terrible project that should have at best, remained in the cans. However, I sense that economics must have prevailed, since a series that reportedly cost nearly INR 3Cr per episode cannot be consigned to the flames. I refuse to even get into a discussion about the annoying joker – so juvenile was the portrayal that you could easily have mistaken it for a Sajid Khan venture.

There is a crying need to be fed with quality entertainment, now more than ever. And television is easily the most popular medium. As is the practice in the West, one hopes to see more big names associated with finite filmed content for television. However, here is hoping that quality of content does not get compromised in the bargain. Television audiences do not deserve the short shrift that has been meted out to them over the years, by repeatedly pounding them with non-differentiated saas-bahu plot-points. Nor do they only deserve to get inside people’s homes and personal lives to derive entertainment. What they deserve and I am sure, they seek, is a variety of genres and formats.

Thus, while a pea-shelling housewife in Rohtak watches a bahu emerge from her bed in a perfectly ironed zari saree, in bewilderment, I am sure in a country of over a billion there is also a thirty year old working executive crying out loud for a lip-smacking modern detective series as he sips his single malt after a hard days’ work.

Content Copyright: The responsibility and the sole ownership of the content is of the author who has contributed the content to this blog as a friendly gesture. Please don’t copy-paste matter from this blog.To contact the writer, please visit his author page HERE. You may also write to him at anjan.purandare@gmail.com .