‘I am very impatient’ 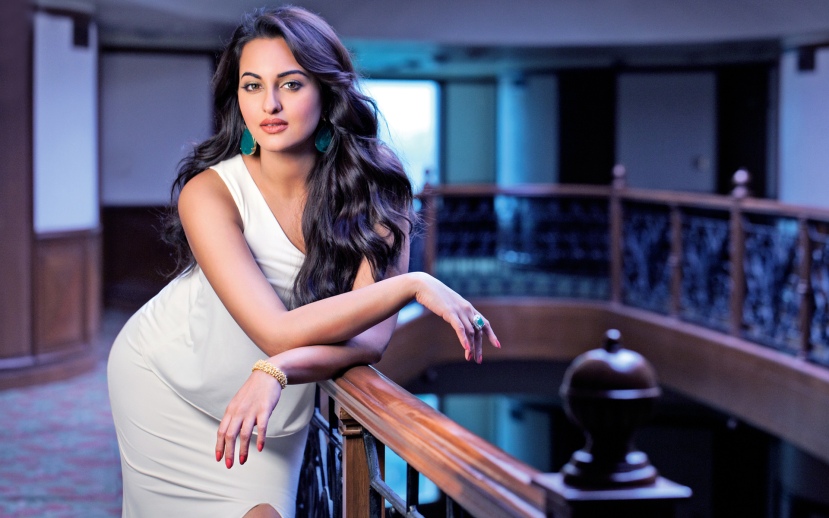 Sonkashi Sinha has come a long way since her debut in Dabangg in 2010. Four years down the line, with 12 hits to her credit, the actor has not only shed her inhibitions but oodles of weight too.
We caught up with her while she was promoting her next film with Akshay Kumar and quizzed her, among other things, about Rajnikanth!
It seems you are Akshay Kumar’s goodluck charm…

I don’t think Akshay Kumar needs luck. He’s already a big star and what he has earned today is all because of his hard work. I have not contributed to his success in any way.

Akshay just told us that you are the only actress who doesn’t waste time in the make-up van. Tell us that story…

I am a very impatient girl and I hate to sit in the make-up van all by myself. I would rather prefer to go out on the sets and watch all the activities. Also, my make-up man (Nilesh Parma) has been with me since Dabangg and he knows how to get it right all the time in the least amount of time. So, I take very little time to get made-up and then I itch to leave the vanity van. This is the story.

Do you think that the ‘typical Indian beauty’ tag given to you by the industry is an advantage or a deterrent?

It is an advantage of course and it feels good. I have made a place for myself in the industry so it feels good that they are attaching me such a good tag to my name. I don’t choose roles because I would get to wear certain kind of outfits in the film. I have changed my look in my forthcoming film Holiday. In Joker too, I wore western clothes but no one seems to have noticed that.

Tell us a little bit about Rajnikanth, your co-star…

I remember him from the film Hum and how I enjoyed watching that film with my family. He is a wonderful human being and I have never seen anybody as humble as him. I went up to him and said, ‘Sir, I am very nervous’. He said, ‘Why should you be nervous? You are my friends’ daughter, I should be nervous!’ That sentence broke the ice.  He is very professional. He’s such a big star but you will be astonished to see how humbly he speaks to everybody. Do you know he always rolls down his car windows to acknowledge fans greeting him? He always reciprocates the love of his fans. That’s why he is such a great star.

Sorry to ask you this question but how’s your dad now? We heard that he had been admitted to a hospital recently?

Dad is doing fine. He had just gone for a check up.

We heard you saying that your home banner (Shotgun Films) will produce a film soon?

My brother (Kush Sinha) are overseeing the project. Nothing has been finalised yet. I will be a part of the film nevertheless. He is locking scripting and having meetings with directors. 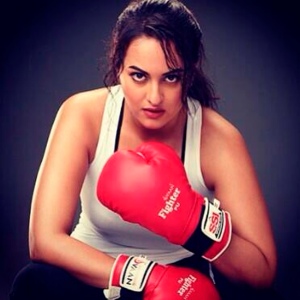 In the film, I play a young college going girl who enjoys playing sports like Tennis, Basketball, Volleyball, Judo, Football and Boxing. During an intercollegiate boxing match, Akshay sees me (and falls in love).  It was Akshay who introduced me to Vijender Singh who taught me the basics of Boxing.  They didn’t want me to look like a caricature or girlish. Hence, Vijender taught me how to deliver a punch properly and I can show you (giggles as she makes a fist).

You had said that you have no friends in the industry, true?

I have been doing solo roles since my debut film hence I didn’t get to interact much and make friends while shooting.  My first multi-starrer will be Action Jackson. I don’t meet anyone on the sets. Unfortunately, I meet most co-actors only at award functions. I haven’t been able to make too any friends but I look forward to making more friends.

Disclaimer: All images of this post have been released through a PR agency for publicity and have been procured from public forums and social networking sites. Please inform us if any of the images used here are copyrighted, we will pull those images down.
Content Copyright: The responsibility and the sole ownership of the content is of the author who has contributed the content to this blog as a friendly gesture. Please don’t copy-paste matter from this blog.To contact the writer, please visit her author page HERE. You may also write to her at shamabhagat@gmail.com.