A minute with Mishti 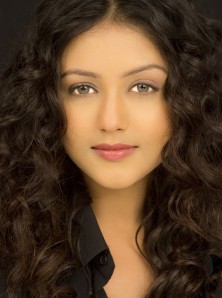 Mishti, Subhash Ghai’s latest find, has revealed that the filmmaker asked her to be his assistant till she was handed down the big responsibility of playing the title role of his next film.

According to Mishti, Subhash Ghai told her to attend his office wearing “a pair of spectacles”. Then one day, out of the blue, Ghai revealed that this will be her look for the film Kaanchi.

“Subhashji insisted that I wear spectacles and join his office as an assistant. He asked me to tell everyone (those visiting his office) that I was his assistant. Then one day I learnt that those specs are a part of my character’s look (in the film). After the big announcement was made, he asked me to dress up like Kaanchi everyday so that I get used to the look. The look has now become a part of my personality too,” Mishti reveals. 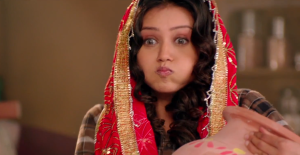 Strangely enough, it was through Subhash Ghai’s assistant that Indrani Chakraborty (that’s her real name) got her big Bollywood break. Indrani’s portfolio landed up on Subhash Ghai’s desk because of his Bengali assistant, Arindom Ray. Ray was the one who first to recommend Indrani to Ghai after he saw her in a Bengali film called Porichoy. That she was called ‘Mishti’ at home, also made things easier for Ghai, who never had to hunt for a screen name that began with ‘M’.

Mishti reveals that she has now signed a three-film deal with Ghai’s production house, Mukta Ats. Now, that a long innings in Bollywood is a certainty, Mishti admits that she is not your typical filmi girl who likes to party.

“I used to get very good grades in school and if I hadn’t become an actor, I would have probably been a teacher. I am quite different from the filmi Bollywood crowd. I am a bit of a loner. In Kolkata, my personal life was restricted to a few friends, my family and a pet dog. I am not a party freak at all. I know I am quite different from the rest but I am me and I am okay with it,” she ends.

Disclaimer: All images of this post have been released through a PR agency for publicity and have been procured from public forums and social networking sites. Please inform us if any of the images used here are copyrighted, we will pull those images down.  Content Copyright: The responsibility and the sole ownership of the content is of the author who has contributed the content to this blog as a friendly gesture. Please don’t copy-paste matter from this blog.To contact the writer, please visit her author page HERE. You may also write to her at shamabhagat@gmail.com.