A curious case of Rani Mukerji, Deepika Padukone and a hero from Kolkata 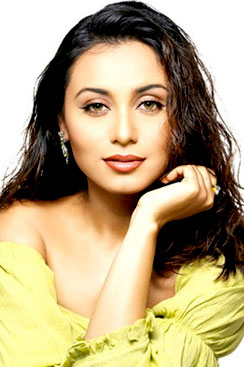 About a month back, my colleague Bhaswati Ghosh called me from Kolkata. She was so excited that she could barely hide it.

Bhaswati wanted to write a follow-up article on a ‘scoop’ that was published in a Kolkata newspaper that day. She wanted my help to gather more information about a forthcoming Bollywood film which, she claimed, will be a game-changer in Tollywood (a term that loosely defines the Bengali film industry in Tollygunge, Kolkata though the Hyderabad film industry is also known by the same name).

Countless Bengali (and non-Bengali actors too) have achieved a fan following in Kolkata after making their mark in Bollywood. But examples of such crossovers to Bollywood (from Tollywood) are rare.

History is replete with names of Tollywood heroes and heroines who haven’t been able to make a place for themselves in Bollywood. Some actors have been able to deliver splendid performances in lead roles but eventually returned to their home turf after acting in a handful of films. The list includes Suchitra Sen and Uttam Kumar, the two icons of Bengali cinema.

Different reasons have been attributed as to why Bengali actors have routinely failed to make a long-term career as lead actors. Some hated the unprofessional ways of Bollywood, while others struggled with their Hindi.

A few, who are still trying to make the cut in Bollywood — after working in the Kolkata film industry — have countless tales of struggle in Mumbai.

Bollywood still remains an unfulfilled dream for a lot of Tollywood heroes and heroines.

Bhaswati Ghosh claimed that Tollywood actor Jishu Sengupta is about to break that jinx. She informed that he is acting opposite Rani Mukerji as the hero of Mardaani which is produced by Yashraj Films. Now, a Bengali boy as Rani Mukerji’s hero in a Yashraj film is seriously big deal!

That phone call got me working. Soon I found more reports about the casting coup online.

Jishu Sengupta is immensely talented and hardworking. According to me, the highlights of Jishu’s filmography are the films of Rituparno Ghosh like Chitrangada, The Last Lear and Noukadubi where he has excelled as an actor. Barfi remains his most commercially successful film to date (he is the guy who played Ileana D’ Cruz’s husband).

So, it was not hard to imagine Jishu breaking new grounds. If true, the news should make every Bengali proud.

I started to dig deeper.

Everybody I spoke to, narrated a completely different story. I was told that Rani is playing an IPS officer in the film and her character doesn’t leave any space for a hero.

I didn’t believe them.

Finally, I decided to write to Yashraj Films directly.

I wrote to them, “I just wanted to know if it would be fair to call Jishu the hero of Mardaani and therefore, Rani Mukerji’s hero.”

A spokesperson from Yahsraj replied within an hour with a one-line clarification. It said, “Dear Soumya, Rani Mukerji is the hero and Jishu plays an important role of her husband who supports her character.”

That one line broke my heart.

It meant that Jishu is not playing the hero but a supporting character.

I decided not to give up and called Jishu up.

Sadly, he too had the same story to tell. “I am playing a pivotal role which is opposite Rani Mukerji. I have never said that I am the hero of the film.”

Jishu’s words were brief, to-the-the-point and in English (this is significant because two Bengalees are generally expected to speak in Bengali. A conversation in English meant that it was official in nature).

I called up Bhaswati and delivered the bad news. I told her was that Jishu Sengupta is to Rani Mukerji (in Mardaani) what Parambrata Chattopadhyay is to Vidya Balan (in Kahaani).

…And it was Bhaswati Ghosh on the other side again.

This time she had another news about Jishu Sengupta. She claimed that Jishu has again secured a hero’s role in a big budget Bollywood film and this time, its opposite Deepika Padukone.

She claimed that the news has emerged from (the director of the film) Shoojit Sircar himself and hence there should be no doubt about its authenticity.

This time, the news seemed even bigger than last time! I immediately checked on Google and found at least three online reports which talks about the actor playing the “romantic lead” opposite Deepika.

Deepika Padukone is the numero uno actress and all the best heroes (the three Khans included) want to work with her.

But given what I found out last time, I was not inclined to believe the ‘news’ without digging deeper.

The film is jointly produced by Shoojit Sircar and Amitabh Bachchan (who plays Deepika Padukone’s father). Irrfan Khan is also there in the film but his character sketch is under wraps. Not much information about the plot was available apart from the fact that Deepika’s pet name in the film is Piku (which is also the title of the film). News reports have speculated that the film “deals with a different take on the relationship of a father and daughter”.

Can a Bengali boy from Kolkata play a character which will be more important than the characters mentioned above?

I am hoping against hope and waiting for Shoojit Sircar to clarify.

Update on August 23, 7.30 pm: Mardaani has released last Friday where Jishu has been credited with a ‘special appearance’ opposite the ‘hero’ of the film, Rani Mukerji.

Kindly scroll down to the comments section. There Jishu Sengupta’s wife, Nilanjanaa Sengupta, has clarified about the ‘confusion’ about him being Rani Mukerji’s hero in Mardaani.

Jishu Sengupta has also given out a statement yesterday (issued in the Bengali newspaper, Ei Samay) where he reiterated that he never intended to claim that he is Rani Mukerji’s hero in Mardaani.

In the same statement, he has also clarified that his role in Shoojit Sircar’s Piku is “a small, sweet character”.

The report has been updated with some more links to earlier reports on some websites.