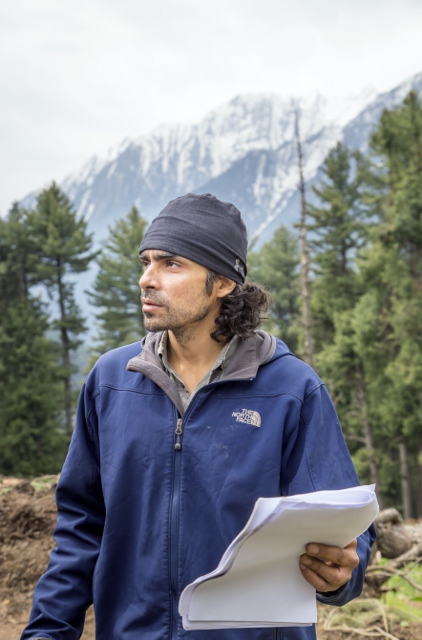 From finding love in the scenic surroundings of Himalayas (in Jab We Met)  to re-discovering love in the snow-capped mountains of  Kashmir (in Rockstar), Imtiaz Ali has always taken a steep climb to rediscover love.

He’s no different with his new film. Only this time, the climb seems even steeper. The film has been shot at Aru Valley in Kashmir, the highest point of India.

The director says that his upcoming film Highway Diaries is once again about a couple who travel together and discovers a new meaning to love, which basically is the central theme of 99 per cent Bollywood commercial films.

Imtiaz clarifies that it’s a film that chronicles the journey from New Delhi to Aru and the incidents that unfold along the way.

Of course, the filmmaker was more keen to talk about how his lead pair (Randeep Hooda and Aalia Bhatt) look for love along the way, but clever as we are, we deflected the topic towards Imtiaz himself.

What does Imtiaz Ali think about love? What is his definition of the term which is the raison de etre of Bollywood films? When he did relent to speak on love, we were not prepared for his candid take on it.

“I have never understood love till today,” he admitted as he looked towards the floor, searching for words to describe the ‘complex emotion’.

Imtiaz said that his confusion about the concept of love stems from the Bollywood films that he used to watch as a student. It’s a concept that seems alien to any couple today.

“When I was a student, I used to watch these films that spoke of couples in love trying to break an invisible wall between them. This wall generally stemmed from the stiff opposition from parents, socio-economic backgrounds or may be socio-cultural norms. The film used to depict the process about the couple overcoming that opposition,” he said.

However, Imtiaz rightly points out that films of today, which mostly use urban landscapes as their setting, hardly dwell on the topic which has become ‘somewhat obsolete’ in the cities. They have other insurmountable odds to talk about. And that is where the internal conflict of Imtiaz lies.

“The concept (of love in Bollywood movies) has gone through a drastic change. Most couples don’t face any opposition (from their parents or otherwise) if they say that they are getting married. They realize later that they have other issues to face.  These issues were alien (during the eighties . Take this case. The boy realizes the girl snores.  Or may be, he feels that it’s time to move on.  After a year, he’s starts sleeping with another girl and then wakes up another day to wonder whether the earlier girl was right for him.  He tells himself that the girl was better suited for him even though she snored loudly. The concept of love has gone through a drastic change,” he added. 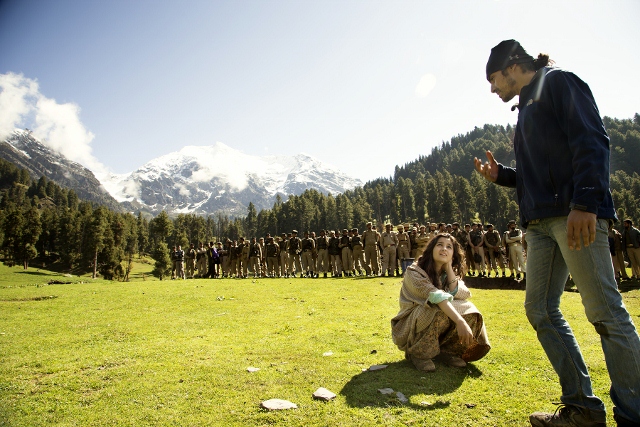 The director said that people are not falling in love the way they did in the past and hence the challenges of love have gone through a sea-change. The movies that deal with it has also gone through a change. Today, he says, we are ‘cursed with choices’.

“Love cannot be defined, but the fact is people are not falling in love the same way it used to be. Nowadays, people have more options and you are cursed with choices.  When you begin to choose, you get confused.  The metropolitan youth is very confused (about love) and that is what reflects in my films.”

All images of this post have been released through a PR agency for publicity and have been procured from public forums and social networking sites. Please inform us if any of the images used here are copyrighted and we will pull those images down. The responsibility and the sole ownership of the content is of the author who has contributed the content to this blog as a friendly gesture. To contact the writer, please visit her author page HERE. You may also write to her at shamabhagat@gmail.com