Jiah Khan said she was murdered? 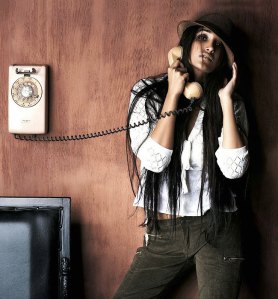 A close friend from London had called to deliver the ‘news’ about a fortnight back. But I found no reason to trust him because I don’t believe in ghosts or the soul of the departed coming back to communicate with us.

I have only seen those happening in the movies.

So, I rubbished his story.

But then the confirmation came from Jiah Khan’s mother Rabbiya Khan. She said that it was Jiah who ‘communicated’ through a medium (a London-based psychic) and apparently described in vivid detail how she was murdered.

This was one story that most of us have missed, but it’s no less interesting than the news that Rabbiya has petitioned the Bombay High Court seeking a CBI enquiry into the death of her daughter.

Before I go into the fascinating story, let me clarify that I won’t step into the domain whether the alleged crime has actually happened or who was responsible for it because that it is strictly in the realms of the court.

Here, we will only restrict ourselves to how Rabbiya came to know about the alleged ‘crime’ which she has declared to the public, herself.

The small details and the big story 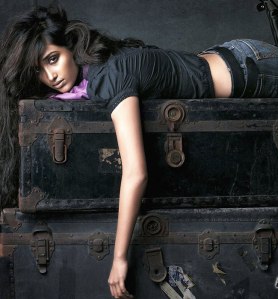 The allegations that Rabbiya Khan made in her petition made one wonder on what basis was she able to reconstruct the alleged ‘crime’ in such minute details.

News reports that relied on the petition explained how the alleged crime was conducted as if one was there to witness the crime.

‘Who helped her piece together the chain of events?’ was the big question to me.

Rabbiya Khan says that it was her deceased daughter who helped her connect the dots!

Rabbiya tweeted that she went to a reputed psychic in London, who helped her get in touch with Jiah by acting as a ‘medium’.

This the first tweet where she reveals that she went to the psychic on Belgrave Road (which is near Hugh Street in London).

Went to the medium one of the famous one on belgravia road got the answers pic.twitter.com/1IHAUClUSP

Rabbiya then goes on to tweet that Jiah communicated to her younger sister (Bebo) and described how she was strangulated. Jiah apparently told her that she didn’t commit suicide.

According to her mother, Jiah also said that the crime scene was dressed up to make the incident look like a suicide.

Here is another tweet where Rabbiya describes how Jiah was murdered.

Some skeptics might dismiss these developments saying that this might be a normal reaction out of acute shock from a mother who has recently lost her daughter.

But there is one more interesting development here.

The court documents that Rabbiya has filed has been endorsed by a professional. There have been several reports in the media about that plea which says that the wounds on her neck indicate that she was strangled with a belt. Grabs of CCTV footage have also been released to the media to prove that she was in a different attire minutes before her death and that she was not looking distraught or depressed even minutes before she allegedly committed suicide.

Law will take its own course and the truth will ultimately come out in the open. But I am sure those of you who believe that the dead can communicate, might want to consider this incident as proof.

Meanwhile, Sooraj Pancholi’s family has chosen not to comment on the developments.