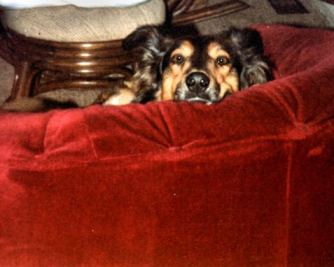 When I wrote my last blog there was an uproar from a section of my readers who insisted the casting couch indeed exists in Bollywood.

The rebuttals prompted me to issue a clarification with the earlier blog as an update to tell you that the casting couch doesn’t exist in A-grade Bollywood films – the films that everybody wants to be a part of.

Roughly any film that has a mounting cost of Rs 10 crores (the cost of shooting and post-production minus the actors’ fees and publicity budget) come under this bracket. Basically, all the Bollywood big releases come under this bracket and sadly, there is no way that you can get into these films through the casting couch route. But now that’s a different story.

Today, I am going to present a real picture of the world of Bollywood’s casting couch which has an independent existence outside the world I have spoken about in my last blog.

There is another Bollywood that exists outside the popular notion of the industry which deals with big budgets, bigger budgets and biggest promotional exercises. We can call this the underbelly of Bollywood. The casting couch is rampant in this underbelly which is dotted with sex pests hanging around in the name of professionalism.

In this blog, I am going to pin-point how these sex pests operate and how they will approach you to ensure that you end up on the couch. It doesn’t matter whether you are a man or a woman, they have couch that fits all!

I just hope that after reading this blog, one gets to identify these sex pests who tarnish the image of Bollywood in the name of providing work to newcomers.

Here are the different avatars of sex pests who are likely to sexually harass you and you should be on your guard the moment, you see spot these people.

1) The casting agent: They are very active on social media and always on the lookout for girls or boys that ‘fit the bill’. Once a contact is established, they will first call you to their office which in all probability will be a dingy one-room apartment in a Mumbai suburb. They will politely ask for your portfolio photographs. In the course of the conversation they are most likely to boast about the big films they have worked for and they will tell you that they are casting for an even bigger film. Be on your guard and quickly leave the office the moment your work is done. In all probability none of them will act fresh in the first meeting and will tell you that they will call you for a meeting with the filmmaker or the assistant director. Don’t worry he is just fishing for his boss.

2) The assistant director: The casting agent will then pass you on to the assistant director who will then call you (usually) to another office. It is at this stage that you will be given hints that you need to sleep with him to do the role. He is also fishing for his boss but trying his own luck on the side too.

3) The manager: He is the guy, who will keep in touch with you after you have passed stage 2 and he will lead you to stage 4. He will operate on the phone and most of the time he will be doing his job. He doesn’t care about sex.

5) The producer or the filmmaker: He is the biggest fish in whose bed a willing aspirant would land up after going through stages 1, 2 (and 3).

Now that you know the avatars of the sex pests, there are lots of ways to save yourself and still bag the role. Now, here is a checklist for all newcomers to bag the role without ending up on the couch.

Before I go, While researching I managed to find the earliest documented instance of the casting couch as reported by Jagran and The Old Indian Photos. The images were published in 1951 in the magazine called Life and was shot by English photographer James Brooke.

The article reports about scenes from audition that was conducted by reputed Bollywood producer A.R Kardar who was heading a production house at that time. The production house had produced such films like Shahjahan (1946), Dulari (1949), Dil Diya Dard Liya (1966). In this series of photographs, he was casting a new face for a big budget production. The girls in the pictures are aspiring actress and she was asked to undress in front of a lot of other ‘judges’ present in the room including the photographer. But, the bitter truth about the production house is that what all the girls have had done to get a role in the movie. So, this being the reason why Bollywood people never ever take a strong stand against the casting couch issue. If the set of photographs doesn’t appear scandalous enough, then remember that the year was 1951!

Disclaimer: Not everybody indulges in the casting couch. I have only spoken about people who do. The professional roles mentioned here is not an indication that all of them engage in this activity. It is, in fact, an indication, that this is now these positions of power are misused. Hope it is clear in the above article that I am pointing out towards a malaise and not trying to say that every casting agent or producer tries to sleep with newcomers. None of the content above, pictures or text or anything else represents or portrays an individual or a group of people. In some cases I am merely reiterated what has already been reported alongwith  the source. I don’t personally verify or endorse the report. All I am trying to do here is to help newcomers who are desperate to get a foothold in Bloodywood…err…Bollywood.

The earlier post on the same subject was Jungle Mein Reshma Ki Jawani posted on August 14, 2013.

Tagged as: actor sex, actress sex, Bollywood casting couch, Bollywood scandal, Bollywood sex, casting couch, Directors giving out Bollywood roles in exchange of sex, ha ha, Here comes my SEO, Here is another key word for you and that is make you an April fool even though it is not April, Indian actor sex, Indian actress sex, Indian sex, Now tell me if the tags entertain you, Nude, sex, Sex and Bollywood, sex and only sex, Sex scandal in Bollywood, Sunny Leone, The tags are for all you sex-starved guys who searching with this key words, Trying to entertain you with the tags too