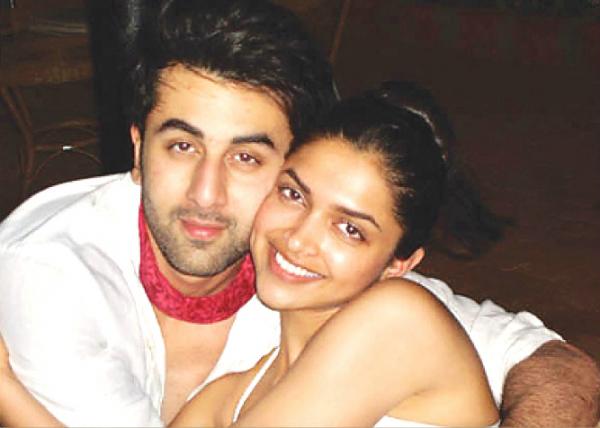 A candid pic of Deepika Padukone and Ranbir Kapoor when they were dating.

Nobody in the film industry would like to be in the shoes of the lissome and leggy Dippy. Why? Considering every one of her contemporaries are only awestruck at how she’s handling the ‘situation’ – that is effortlessly walking the thin rope between her personal and professional life without missing a beat. There’s an absolute studied calmness, sobriety and maturity in the way she’s going about it all. But ask anybody close to the stunning actress, and they’ll tell you how Deepika Padukone hates the situation she’s in.

Am I sounding Greek to you? Don’t blame you if the words above seem like mere ramblings. Now let me fill in the context with a small fictional tale which seems to be taken from real life. My life! It’s a story of a friend of mine when I was a rookie. Let’s call this friend Pallavi.

The story of Pallavi

Pallavi and I joined the organisation around the same time. When I met Pallavi on my first day in office, she had just received her first month’s salary. She stood in front of me with a box of sweets. “I have read your articles. And I am yet to write to write one,” I quipped, taking a piece of sweet from the box. It was typical trainee talk. All I remember is she shrugged and said something so clichéd that I don’t remember what she said.

While I may not remember what she said, her looks are not something that you can forget. Tall (five feet six inches to be precise), fair and buxom! If the latter asset was not distracting enough, if you happen to walk behind her, it was difficult not to notice the swing of her perfect derriere. To put it bluntly: Pallavi was the hottest girl in the entire branch and she knew it all too well. Never short of male admiration, the girl basked in it and the confidence reflected in her work.

We never spoke after our first-day-office conversation. But I keenly watched as Pallavi started getting access to the best celebrities and parties in Calcutta (before it was rechristened Kolkata) as I ran around covering ghastly crime scenes trying to get a lead from the investigating police officers. A life that usually is in danger of falling prey to monotony and dreariness was saved by Pallavi, whose presence perked up everything in the office.

A month later, a 25-year-old management trainee walked into the editorial department with an unmistakable swagger. Let’s call him Zubin. He is six feet, fair, spoke with a perfect Indian accent and wrote beautifully.

I later learned that Zubin was just hanging around to know how we function as journalists. The Chief Reporter said: “He’ll tag along with us till he gets bored with journalism!” Zubin decided to come out with me on the field for half a day and retired hurt within two hours, saying that he can’t take the Calcutta heat for more than an hour. He then decided to attend a few Page 3 events to chill out. The next step was inevitable: he got tagged along with Pallavi.

Zubin seemed to have found a great deal of passion in Page 3 journalism.

Every day he would enter the office by 2 pm, chat around for a while and end up sitting on Pallavi’s desk and just stare at her. She, on the other hand, would pretend to look at her desktop wallpaper. However, it later would turn out to be a cue “to step out for assignment”.

They were seen at their assignments for the next one week. A week later, the photographer would complain that he could never spot Pallavi at the events. Since he was a freelancer, he never had the guts to inform the editor. And we also had a hand in discouraged him from doing so.

Pallavi, who usually came to work wearing  a skirt, would be seen wearing pair of jeans post the day’s “assignment’ and fresh scratch marks on her neck. It was getting obvious that the ‘assignments’ were getting passionate and intense by the day.

I was quite tempted to blurt out to Pallavi that Zubin is the son of a celebrity CEO and is scheduled to take over a very important function in the company, which will include editorial too. In other words, Zubin will become Pallavi’s boss’s boss’s boss (yes, that’s like three times more of a boss). I tried to gauge Pallavi’s knowledge about the person she was involved with, but it was clear that she was oblivious to Zubin’s connections in the company, except that he was a ‘Boss’ potential in the company.

Six months later, Zubin was directly reporting to the top management of the company and his paths never crossed with Pallavi. With more responsibilities to tackle, he hardly had the time to come and say ‘hi’ to Pallavi. Meeting Pallavi in her department would seem inappropriate too as they had kept their afternoon romps under wraps. They, however, kept on messaging and calling each other, but two months later, the numbers of calls and messages started dwindling and by the third month, there were none.

Pallavi was too proud to chase Zubin and Zubin, too busy to meet her on a regular basis. By the end of that year, both left the organisation. 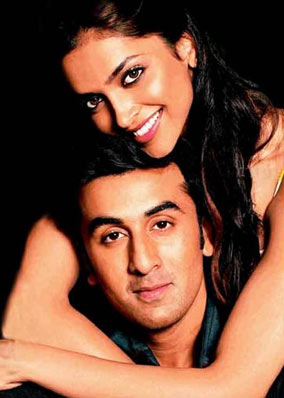 They shot this picture for a magazine when they were dating. This picture is just to distract you from Pallavi’s story. Okay, now read on…

One day, while checking Pallavi’s profile on LinkedIn, I stumbled upon the fact that she had joined a PR firm in Mumbai. And guess who the managing director of the company was? Zubin!

I learned more from common friends: Pallavi was now dating a journalist, while Zubin was unhappily married. And they both stayed in Bandra West.

The obvious question was: Why did Pallavi join Zubin’s firm?

The answer is: Pallavi was one among the many affected by the lay-off in her previous company. She was about to lose the flat that she bought in Mumbai as the home loan amount kept on mounting. At that point of time, Zubin was the only guy who offered her the job and the salary she needed.

I was told by their colleagues that they both were cordial to each other. Zubin ensured that Pallavi got the best treatment from everybody in office. He went out of his way to make Pallavi feel at home.

Everything seemed fine till you scratched the surface.

It was a moment of outburst, when Pallavi opened up to me on the sidelines of an event that her company was managing. And this is what she told me.

“I hate myself every f**king day! I have to report to the same man that I once shared my bed with everyday. Every f**king day!  Every day when I have to go to his cabin and explain the agenda for the day, I get unnerved for at least 10 minutes. His strong woody perfume, his swagger, his hairy hands, his voice —  everything reminds me of the wonderful escapades that we had in the past. He matched me in bed perfectly. And more than that a perfect and generous lover. He hated the idea of rough sex. ‘Pallu can we make love and not just have sex?’ he would say, when I got demanding. I found that so adorable, sweet and sexy about him,” recalled Pallavi as she reminisced the hedonistic days with Zubin..

“Every day I hate myself. I ask myself why I cannot be with Zubin. And every day I have to tell myself that he has a wife who is pregnant. I have to remind myself that we are exes and are supposed to handle things in a matured way, but I end up crying every day. Yes, his wife hates me. She came to office the other day and stood outside his cabin till I left. I think Zubin has told her everything about us. And he handles everything so well. It’s only me, who is a total failure!”

She took a sip from her paper coffee cup as I watched Pallavi’s confidence, sexiness and oomph getting stripped off, bit by bit.

That was, in short, the story of Pallavi.

Watch out for more…

The blog post will continue in the second part on how Deepika Padukone’s situation can be related to Pallavi’s. And yes, remember that it might be a fiction too!

Meanwhile, an old paparazzi video just to warm you up for the next installment of the story. See the video and you will get the context.

Here is the link to the second part of the article -> https://bollywoodbingo.wordpress.com/2013/05/20/the-story-of-pallavi-and-deepika-padukone-concluding-part/