The hierarchy of nepotism in Bollywood

In the first place, there should have been no debate that there is nepotism in Bollywood.

Everybody knows that nepotism exists and nobody really disagrees with it.

What people disagree with, is the fact that the star kids have their stardom on a platter.

It is because stardom is derived from your fans. The more the number of fans and admirers, the bigger the star.

This is where the Nepotism debate begins.

Those who speak for the motion, say that Nepotism is an incurable disease and that star-kids get their launchpads served to them on a golden plate.

Those against, say that stardom isn’t really available on a platter and star-kids never have it easy in Bollywood.

So, if you really look closer to the whole Nepotism debate, you will notice that the two warring camps are talking about two absolutely different topics.
The producers on the other hand justify that ‘Nepotism’ is a good business decision.

They say that the star kids are accessible, the audience is super inquisitive about them and the parents (as well as their extended friend circles) are always available to support the launch (of the star kid).

So, of course, it makes better business sense to launch a newcomer than a struggler.
Nobody is really countering the above view, because to be honest, it really makes sense.

Ishaan and Jahnavi, the newest star kids to join Bollywood

But what nobody talks about, is the “Hierarchy of Nepotism” in Bollywood. Yes, in Bollywood, nepotism has a hierarchy too.
Allow me a moment to explain what I am saying here.

The cover introduces her as a student. Yes, just a student, who’s a theatre lover and then the cover goes on to declare her as a future star.

Remember, she hasn’t even signed her first film! 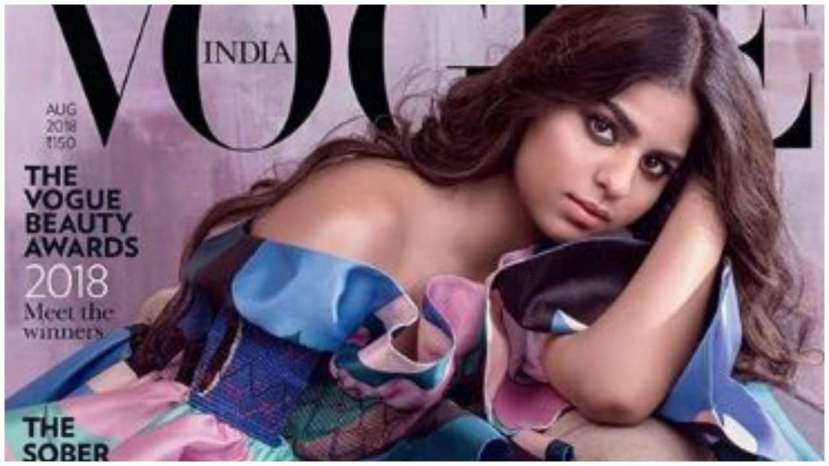 Whereas, when Jahnavi Kapoor got to do her first Vogue cover, her debut film was on the verge of releasing.
So, the debate is not actually between the platform that is denied to a newcomer and wrapped in silk for a star-kid.
The debate is the difference in treatment between star kids.
Yes, being a star kid is not a guarantee that you will get a launch-pad. Or, to be specific, you will get a dream production house to sign you on for your debut film.
The platform that a star kid will get is again directly proportional to what or how his or her parents are doing in life.
Let me paraphrase what a producer told me over the phone this morning.
“What we are looking at is return on investment or RoI. My RoI looks good if I get a kid of a big star. Make no mistake that most of the stars today has a kid and a lot of them are looking for a break. But if I get a Suhana Khan to do my film, it is a jackpot for me in terms of RoI,” he said today morning.
I asked him to explain his RoI concept if we have Suhana Khan on board for a film.
“I explain it to you in broader terms. The moment Suhana is on board, the interest in my film will peak because she is SRK’s daughter. SRK will tweet about my film from time to time. It will have a reaction all over the world because SRK will be promoting my film actively because he wants his daughter’s first film to be a super-duper hit (SRK launched the Vogue cover too). The star father might help me with anything I need regarding promotions and even come on board as a producer also. Let me not mention the enormous support I will receive from his well-wishers in the industry. As I said, getting Suhana Khan to sign your film as a debut is a jackpot,” the producer said.
Well, he informed that he won’t be lucky because the industry knows that Karan Johar will have the honour to launch Suhana Khan.
But that’s not the point.
The point is: The same kind of treatment won’t be available to you if you are the daughter or a son of a lesser star. In that case, You might have to struggle more than an average newcomer to get your first break.
“If you are a son or a daughter of a smaller star, you might be carrying the baggage of your star father or mother. Chances are, I need to be convinced that taking you won’t hamper my film,” he added.
He is not wrong, look at the debut of the “smaller” star kids. They never had it easy and often started with small budget films or multi-starrers.
That is exactly what we call the Hierarchy of Nepotism.
Bollywood never talks about it.