Patches and Pillls: How Bollywood deals in Narcotics

What’s happening with Tollywood won’t ever happen in Bollywood because of the unique way it conducts its Narco trade.

I guess by now, many must have discovered that I have a background in Crime Reporting. Yes, I have been a crime reporter when I began reporting for a leading daily and I covered Crime for almost three years before changing gears.

It is but natural for me to gravitate towards something called ‘Bollywood Crime’ and I wrote on it for many years before I gave up day-to-day reporting.

I still write on that genre (beat) but I do not report on it anymore.

I will now tell you about an interesting lead I was chasing as a reporter. It was one of the few stories where I gave up halfway because as the news unfolded, it became clear that I won’t succeed with this investigation.

I remember that I was following up on this actor’s wife’s story. It was a lead from a senior entertainment editor and it ran like this — a Bollywood actor’s wife was caught at a foreign airport with banned substances in her handbag. It was a small amount of banned substance but enough for the police to detain her and question her, according to the lead I received from my colleague.

Apparently, the action by the airport police caused a stir and the actor who was shooting elsewhere in Europe, swung into action when an SOS reached him from his wife’s friend.

He finally managed the situation with the help of the powerful Indian (Punjabi) lobby in the country who sorted the incident out without any leak to the press.

Officially it was written in the enquiry report that it was medication meant for her personal consumption even though the doctor had not prescribed it or she couldn’t produce a prescription for it when demanded.

As a reporter, we have some responsibilities and limitations (I know things are done differently today but I am not a part of today’s brigade either).

So, I cannot go out of way to prove that there was narco in her handbag when the official report says that it was medication but might not have been prescribed by a doctor.

My journalistic ethics prevented me to even file one line because airport interrogation about suspicious contents inside a ladies handbag, which is a fairly common occurrence in the first-world airports.

Our lead might have been wrong or may be, it was deft handling of the situation by the actor, I don’t know. In the end, it turned out to be a false lead.

But as they say, no effort goes to waste.

Mamta Kulkarni (how she used to look) and how she looks now. I received this first photo from my source some years back as I was following up another drugs lead.

The story ultimately got buried but while chasing it, I made some ‘good friends’ who specialised in the Narcotics Bureau and Crime Reporting (in Kenya and South Africa).

They ultimately helped me procure vital information about the connection of Mamata Kulkarni with an international drug cartel.

I also got some vital information about consumption and trade of narcotics in Bollywood through the same channels which I want to share here.

You see, Bollywood is not your regular marketplace and the Narco trade carried out here follows a different method.

Here is the method. 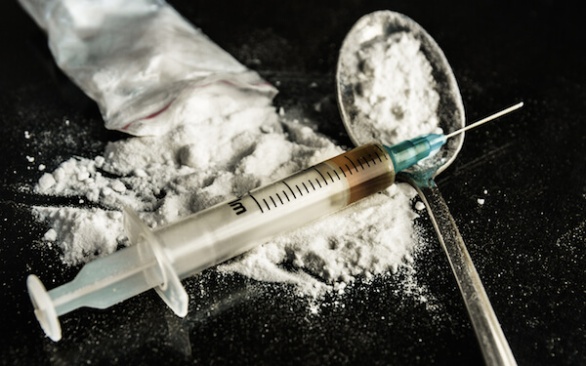 1. Trades happen in very small quantities but it is most profitable: The Narco trade in Bollywood is very small in terms of quantity or volume, as most stars use it for personal consumption. However, even small quantities are traded at a premium because of the secrecy and the profile of the people involved. Hence, because of the higher mark-up price, Narco trade in Bollywood may have a great profit margin.

2. Party drugs trade more along with pure Cocaine-related products: There is a huge demand for party drugs which are dubbed as harmless and have a short-time effect on the central nervous system. A small fraction of the actors (including TV stars and singers) are coke addicts, who ensure a regular supply for themselves.

3. Actors etc don’t procure it directly: It is always a friend of the star or actor who scores the drug and keeps it on his own person. Most of these hangers-on survive entirely on the star’s money and are well-aware of the laws. When they are travelling in a car or to an airport, they ensure that they are not seen with the star. They appear when the stars are partying. The drugs are kept with this friend and the stars borrow it from them when they want to consume it. There is almost no drug on an actor’s person ever.

4. White powder is out of fashion: These days, most people trip on something called ‘patches’. They usually look like white paper and can be easily hid anywhere. All you need to do is keep that patch on your tongue. That’s it. If you think that Bollywood stars snort cocaine by sniffing white lines of powder created by their credit cards, then this is certainly not the way they do it these days.

5. Sourcing is done directly from the top boss. There is no supplier in-between: The sourcing of these complex and hard-to-get Narco compounds are invariably done from the top bosses in the trade. They have very less chances of getting caught. Even if they are caught, their allegations might be dismissed as just ‘allegations’ in a court of law because they won’t have any proof. In most cases, these pills and patches changes hands so many times that even the main supplier doesn’t know who exactly his target customers are. There is a maze of people acting as go-between. The more the pills changes hands, the dearer it gets in the Bollywood market.

‘Things’ in Bollywood are really controlled. As far as my guess goes, it won’t get so out-of-hand that prominent actors and directors will get questioned by the police or the Narcotics Bureau anytime soon which has been tolerant of drug abuse in Bollywood for so long.

But I don’t know how long this ceasefire will last.