Shah Rukh Khan cannot afford one more flop. Forget about a flop, his next film, Raees, has to comfortably race to the 100-crore club. God forbid, if it doesn’t, then there will be some serious discussions about Shah Rukh Khan’s stardom.

The film’s release has already been postponed to ensure a proper marketing and public relations campaign.

Sources say that people closest to SRK feel that his brand hasn’t been handled the right way and there have been glaring lacunae when it came to his last two films, Dilwale and Fan.

Your audience may not like you in one film, but your audience cannot stay away from three films in a row. Two of SRK’s films haven’t performed as expected at the box office. If he scores a hattrick that way, Shah Rukh Khan, the brand, will suffer some serious dents.

After the flops, in the race between the three Khans, the one Khan who is placed at the third position is unfortunately Shah Rukh Khan.

I am not saying something new, Team Shah Rukh Khan knows this and some of them were recently back in the boardroom to chalk out a crisis management programme to revive Brand SRK to its earlier glory.

Ask anybody who’s close to Shah Rukh Khan and he will tell you that the SRK camp is all poised for a massive shake-up. As reports are trickling in from sources, his crack team is getting restructured. Some are leaving the team and few fresh faces are ready to join in. I won’t go into the details of it.

You will perhaps think that this is a direct result of Fan flopping at the box office but insiders tell me, it is not.

Despite the scales tilted so much in their favour, Dilwale underperformed. Dilwale handed Rohit Shetty his first ever bad performance. Also, SRK-Kajol failed at the box office for the first time ever. 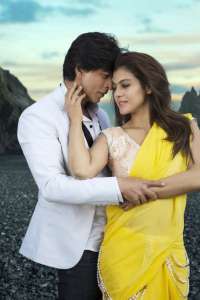 You might argue that box office figures of Dilwale were decent but clearly the film didn’t do as expected either by Rohit Shetty or Shah Rukh Khan standards.

So, what went wrong?

It was actually one TV interview that started it all. The interview was given to Barkha Dutt. Shah Rukh was also well aware of the protests that his NDTV interview fanned.

Shah Rukh Khan even admitted this in interviews. In one such interview, he concluded that certain remarks (about ‘Intolerance’) had a direct impact on his film’s box office collections.

Whatever might be the reason of Dilwale’s dipping fortunes at the box office, one thing is clear — the audience didn’t throng to see the film despite thousands of screens hosting it across the country.

That was the first alarm button for Team SRK. The panic button was waiting to be pressed and then, Fan came along.

Fan was a bigger flop than Dilwale.

There were obvious publicity defects both with Fan and Dilwale. I watched the publicity exercises of the two films very closely, there were some gaping holes that were staring at me in the face. I will list them down.

1. Access to SRK was being rationed dangerously. There was apparently a decision to expose SRK to ‘select media’ during Dilwale. That select media list was defective.

The publicity team was lusting for coverage on traditional media when the online media was starving for content during Dilwale. This shows that the team was clearly overconfident of the product. The select media access was devised during Happy New Year as well but the results started showing from Dilwale.

The irony was SRK was available to comedians but not to media houses. Clearly the discontent and grumble among media colleagues went unnoticed.

The unavailability of content was so severe that film reporter (working for a leading US-based entertainment news portal) was telling me that she had to wait for days just to receive a high resolution poster (such stuff could have been made readily available to everybody on the film’s website).

The online and sidelined media houses, who were starving for content, went for anything that was available. That was the exact time range when the “intolerance” interview happened with a NDTV (surprisingly the controversy was actually triggered by Aamir Khan and not SRK). You do the math.

2. Shah Rukh was overexposed. Varun Dhawan and Kajol could have been leveraged during the promotions of Dilwale but sadly most of the weight was placed SRK’s shoulders. During the promotions of Dilwale, it was just SRK who was ‘visible’ and not the whole team together. Mark the difference between the promotions of Happy New Year and Dilwale. In Happy New Year, the whole cast and crew were promoting the film together, while in Dilwale, there were two teams. Team number one: Shah Rukh Khan (minus Kajol in some important appearances) and team number two: Varun Dhawan and Kriti Sanon.

Of course, there were some mandatory group appearances at some television shows like Kapil Sharma’s show but I am sure you have got the point. 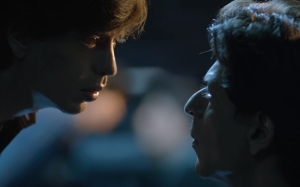 3. Simple basic marketing principles were not followed during FAN. The simple realization that when you are dealing with brand SRK, you cannot associate a niche product with him, was missing.

The moment you include SRK, the product becomes mass. It was really laughable that right from the content of the film to its publicity, were pruned to make it sound like a niche product even though it was meant for mass consumption.

Niche products don’t care about market, all they care about is, content. You are taking a superstar and going for a niche product? Sorry I am unable to understand this combination.

It is unacceptable to go wrong on such basic principles when you are dealing with a huge brand like ‘Shah’ (his pet name in office). I am also unable to accept that the marketing team hadn’t defined  their TG (Target Group) while marketing FAN. Who are these people who handled the marketing of this film?

Once the film released and the content was visible, there was a catastrophic effect. The single screen audience didn’t come back because they realized there’s no heroine or song (the film clearly looked different for them). The multiplex audience didn’t come back because they couldn’t take so much of SRK in one film. The result was there for everybody to see.

On top of all that, SRK went for a non-festival release. Again, that shows the over-confidence in the product.

5. Last but not the least, is the aggressive nature of everybody around the superstar had an adverse effect on SRK himself. You may also choose to call it negative energy.

Firstly, some of the key people working with SRK are known to be over-aggressive just like the superstar himself. Again, I won’t go into the details of it.

Secondly, there is this Twitter troll army of Shah Rukh Khan. The army is so strong that recently, they have successfully deleted news reports and content posted about SRK’s daughter on social media. Good job no doubt, but the army went after individuals who shared the content (from news sites) and forced them to delete it. Those who refused to delete it were subjected to vicious insults. The result is for everybody to see. If you search now, the content history has been considerably deleted, specially on Twitter.

This is the same troll army who targets anybody posting anything negative on Shah Rukh Khan on Twitter. This list includes even journalists who don’t want to get on the wrong side.

When a superstar generates fear and not love, then there is something wrong with how the “Brand superstar” is being handled. Salman can afford it but that’s clearly not SRK’s definition.

Even now, I hear aggressive steps are being taken up to mitigate the current crisis. I think it’s time to calm down and spread some love.

Brand SRK is all about love, isn’t it?