The story behind Satyamev Jayate

By Guest Blogger on September 11, 2014 • ( 4 Comments )
By Shama Bhagat
It was a feeling of ’emptiness’ that prompted Aamir Khan to start Satyamev Jayate.

Till date, Aamir Khan has never spoken about why he landed up as a host of the show. When I asked him about that, the back story that emerged was really interesting.

Aamir revealed that he first received an offer to host a game show for the channel (which was the norm for grabbing TRPs a couple of years back). He refused the offer but that made him ponder about exploiting the medium for  “something better”.
He decided to do something about the ’emptiness’ inside his heart that was instilled in him by a classmate at the Bombay Scottish School. The boy, Aamir revealed, always stood first in the class.
The name of that classmate is Satyajit Bhatkat, who heads the production team of Satyamev Jayate.
“We (Aamir and Satyajit Bhatkal) were in school together at the Bombay Scottish. While I was an average student, Satyajit always stood first in my class.  I was not very keen on studies but Satyajit was the studious sort. I admired him.  Later when we also went to college together. Even in college, Satyajit excelled in academics,” said Aamir.

But there was something more in Satyajit that Aamir didn’t have — his zeal for social work. 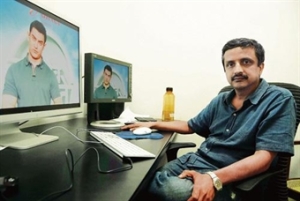 “Along with his studies, Satyajit was involved in a lot of social work. He often helped people around him and stood up for some cause or the other.  He went on to study law and I eventually left studies to pursue acting. But we always kept in touch. Looking at what he was doing, I felt an emptiness within me. Though I was famous, I felt guilty for not doing what my classmate was doing. I got what I wanted to be in my life — I was a famous actor but something in me told me that Satyajit is doing so much better in his life,” Aamir added.

Aamir said that he donated a lot of money to charities but that niggling feeling of emptiness would refuse to leave him.
“It always played on my mind.  I started donating a lot of money but that didn’t help.  During that time television as a medium changed a lot (a lot of Bollywood stars had ventured into TV). I too wanted to explore the medium. It was during that time that I was offered a game show. I told them I was not interested in a game show but would like to do something else (that related to social service). They gave me the go ahead and the first person that I thought about was Satya as he is already knew about a lot of issues. I told him that that it’s time that we join hands and try to bring about a change,”  Aamir concludes.
What happened next is known as Satyamev Jayate.

Disclaimer: All images of this post have been released through a PR agency for publicity and have been procured from public forums and social networking sites. Please inform us if any of the images used here are copyrighted, we will pull those images down.

Content Copyright: The responsibility and the sole ownership of the content is of the author who has contributed the content to this blog as a friendly gesture. Please don’t copy-paste matter from this blog.To contact the writer, please visit her author page HERE. You may also write to her at shamabhagat@gmail.com.