Sometimes, the posts on this blog invoke very pertinent responses from PRs, journalists and actors. The brickbats and the praise aside, I also receive interesting comments.

Scroll down on our last blog, 10 things a Bollywood journalist should NEVER do, and you will find a very interesting comment by a newbie entertainment journalist.

“Taking pics after interviews is the norm now. Maybe not in your time. But now it is! I have seen stars ask journalists to take pics with them. They expect it now….”

The comment got me thinking and I decided to check it out with a newbie ‘star’ (the actor recently gave a huge hit). I enquired if they ask journalists to click selfies. When he said ‘yes’, I asked, ‘But what purpose does it serve?’ 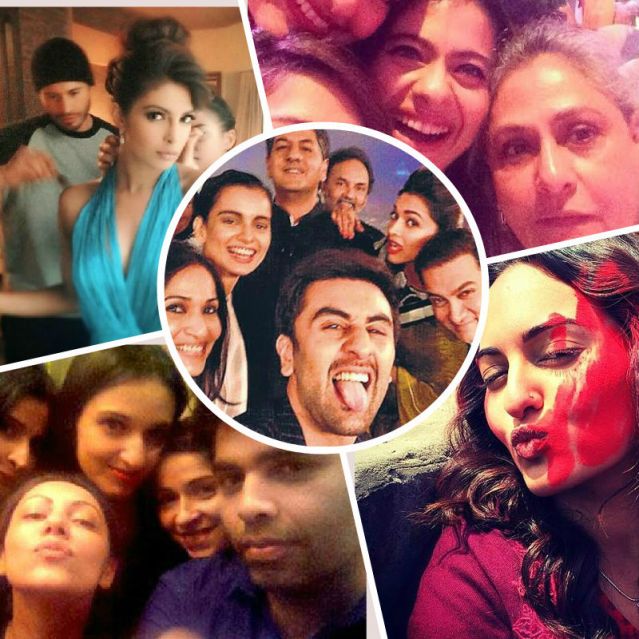 Taking selfies is a rage among Bollywood stars. It is now a PR tool for them too. Here’s a collage of some of the best Bollywood selfies.

“After a particularly friendly interview, we usually get up and say, ‘Hey let’s click a selfie. Cummon, gimme your phone’. We also expect that the journalist will put up the selfie on their Facebook profile  or on Twitter. But we won’t re-tweet or re-post that photo. We will perhaps re-tweet the interview link if it’s tweeted to us,” the newbie ‘star’ said very candidly.

It’s really an interesting way of charming a journalist but the question remains, ‘Why would you do that?’
“I think you have not been at events conducted by film PRs. If you come there you will know why we do it. These days, we need to do PR with journalists. Usually, we meet about 8-10 journalists in these events for one-on-one interactions and we try to be charming. Asking a journalist a click a selfie or giving out a small gift (usually a film related merchandise) is part of that strategy. We expect the journalist to oblige because we are not trying to bribe him/her. We are just trying to be nice,” the star adds with his trademark smirk.
Years back, Ranbir Kapoor had visited the newspaper office to promote his film. He met all the journalists of the entertainment supplement in the large conference room (these PR exercises are standard for Bollywood stars now). During the interaction, one journalist sitting near him made a remark that the accessory around his neck was pretty cool. Ranbir Kapoor immediately took out the gold plated branded accessory and handed it over to the journalist as a gift. As the red-faced journalist kept refusing the offer, Ranbir insisted, persisted and finally managed to convince the  journalist.
People who interact with Shah Rukh Khan know that, if he is in a good mood, he might ask a journalist to pose with him for a selfie and might even insist on it. It has happened with me too.
This brings us to the issue — What’s wrong if we click a selfie and put it up on our personal Facebook page? 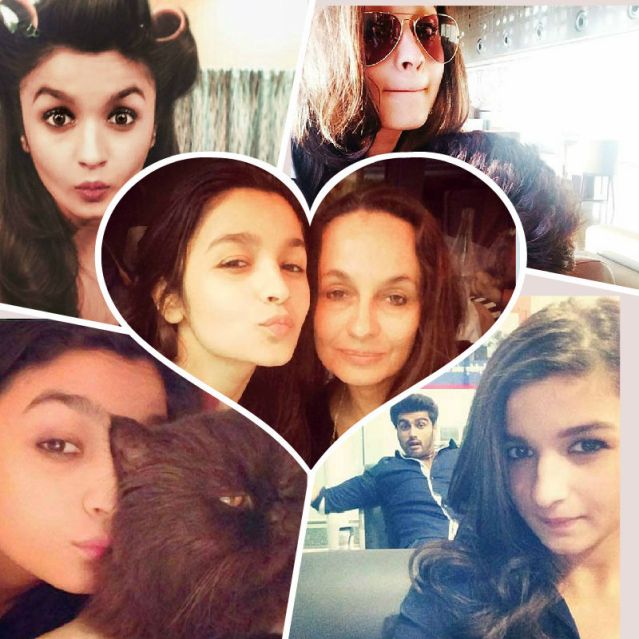 Alia Bhatt is a self-confessed selfie addict. Here’s a collage of some of her best selfies.

Let’s start answering the question with a question. Will you find any well-known journalist click selfies with their (interview) subjects and put it up on their Facebook pages? No, na?
Why wouldn’t they do that? Because when you are interviewing somebody, he is your subject and you cannot be in awe of your subject or let yourself get charmed. If you are in awe of your subject, then it will show in your work too.
Do this experiment, seek out those Facebook posts where a journalist has posted a selfie with a Bollywood star during an interview. Now read or watch the interview. More often than not, you will see the journalist gushing about the star in the interview. You will notice that the news piece is eventually looking like an extended PR piece for the star.
Of course, this doesn’t apply when you are meeting a star socially or in a party it and decide to blog about the experience. A blog is your opinion but when you are interviewing somebody for your newspaper or channel, it cannot be dictated by your personal judgement or preferences.
Is it me who’s giving out all this gyaan? No! I have made these mistakes in the past and I am deeply sorry for that. I spoke to at least four top journalists (editors) before writing this piece.
They all agreed that the professional ethics of a Bollywood reporter should be no different from that of a crime reporter or a political reporter.