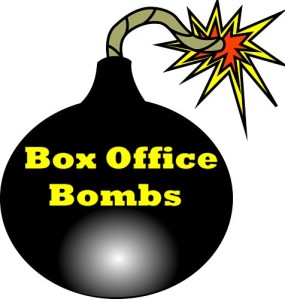 Ask any Bollywood filmmaker and he will tell you that tell there is no magic formula at the Bollywood box office. He will also tell you that when a film releases, one is not sure if it’ll get him the returns.

History is witness to some of the best films in Bollywood ending as miserable flops. The unpredictable audience behaviour ensured that a filmmaker was always on his toes. Perhaps that too would be a thing of the past as Bollywood producers seem to have decoded a magic box office formula. A formula that ensures that they recover a major part of their investment.

Most filmmakers don’t talk about it in the media as all the number-crunching happens behind closed doors. However, here is a simple break-up of the box office formula that Bollywood follows these days.

Remember, a lot of these rules were followed even 10 years back but now, it has become de rigueur for every big budget Bollywood film. 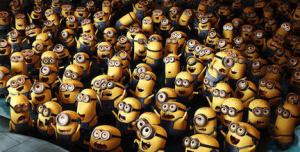 I am sure you have noticed that Bollywood movies are spending like never before on marketing and promotions. The promotions generally start at least six months before the film’s release and the pitch of the campaign rises as the release date draws closer.

The main reason to start the promotions so early is to create a certain impatience among the audience. If you are bombarded with images, news and video-clips of a film continuously for two months, you feel a natural urge to watch the film the moment it releases.

This sustained marketing campaign creates maximum audience on Day One of the film’s release.

They call it the opening of the film.

Remember that people who are going to see the film on the first day don’t have an idea about how the film has turned out to be. They are ones who tell others about it.

The aim is to ensure a film gets a full house on day one.

Now that the film has lured a lot of people to the theatre, the next step is to create space for everybody to watch it. If you release the film on a holiday then the chances of getting a 100 per cent opening is maximum.

With so many people coming to see the film on the very first day, you cannot send them away. So filmmakers and plexes screen new films on maximum number of screens.

If you do your math right, you can actually predict how much you are going to earn on Day One of a film’s release.

A typical commercial Bollywood film releases in at least 1500-1800 screens on the opening day. There will be four shows for each screen. Every screen will accommodate at least 350-400 people and each ticket costs Rs 400 (average).

If the marketing of a film is good, you can safely expect 80 per cent and above occupancy for your film.

Simply put, the equation stands like this: Rs 400 for each of the 400 people watching the film on 2000 screens across the country spread across four shows.

You can safely assume 90 per cent of that amount as the net return on the first day.

There you have it. A guaranteed box office opening day figure.

Step 3: Mop it up in three days

Even if it is a bad film, the filmmakers try to ensure a favourable word-of-mouth through publicity and paid social media exercises.

For the first three days, till Sunday evening, you have have as many people saying that the film is good if you choose to listen to them. The idea is to maintain the tempo of the opening and not lose footfalls till Sunday night.

That is the reason why a lot of film critics are bribed for favourable reviews – an exercise to generate a strong word-of-mouth publicity for the film.

If you do your marketing well and plan the word-of-mouth publicity campaign in advance, you won’t lose out on occupancy much. It will drop to a maximum of 70 per cent from 90 per cent.

If the film passes the three-day test, it will get back all your investments.

Step 4: Sell it to a TV channel and add that to the BO numbers

Furious negotiations go on with TV channels even before the film releases. The idea is to get as much money possible for the film before the audience gives its verdict.

These days channels have realised their folly and are actually forcing producers to lower the film’s price if it is a flop at the box office. However, examples are rampant where a channel has spent a bomb to acquire a film before its release. The film sadly went on to bomb in a big way at the box office. 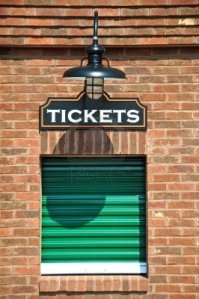 When nothing works and the film continues to nose-dive at the box office, then some filmmakers’ take the last resort to prove that his film is a hit. They release statements with escalated sales figures which projects that a lot of people are watching the film.

However, this last desperate measure has never worked because by the second week (post Monday), the actual figures start coming out which successfully predicts whether the film is a hit a or a flop.

These marketing devices have sprung up because these days Bollywood films are judged according to their box office collections or the producers who are backing it.

When it comes to commercial Bollywood cinema, there’s nothing called good cinema.

There are successful films. And there are films which fail at the box office despite all the marketing gimmicks.